Certain building blocks are needed for a ship to set sail. 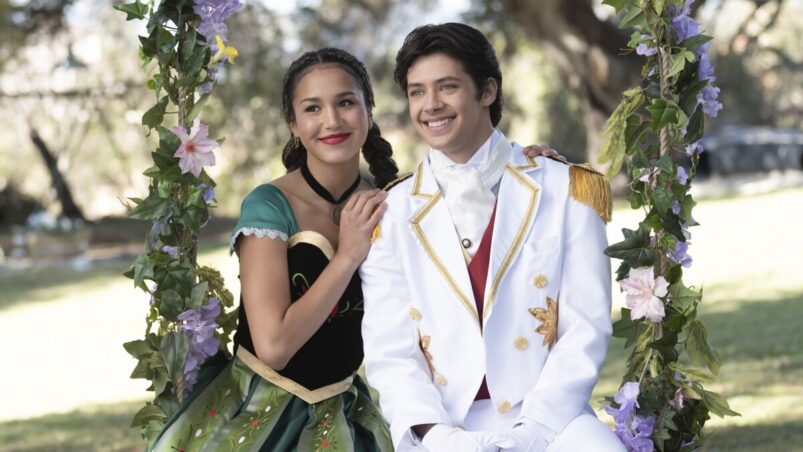 Shipping isn’t a new thing in the world of TV. We had the whole Dawson-Joey-Pacey triangle in Dawson’s Creek, and even Jim and Pam’s ‘will they, won’t they’ dynamic throughout the earlier seasons of The Office. While viewers might be on different ship teams, hoping that their ship ‘wins’ and the couple ends up together by the end of the series, the show itself shouldn’t get caught up in the ships. The writing and the show should cater to character arcs, and their relationships are built into these arcs to allow these characters to adapt and grow. For example, while everyone wanted Jim and Pam to be together, the writers had to hold back and allow each character to do what was necessary and authentic to their own journeys within the show.

The first season of High School Musical: The Musical: The Series was a surprising watch — I wasn’t expecting it to be as good as it was. Being a theatre geek myself, I was drawn into the world and its characters, enjoying the throwback nostalgic moments to the original High School Musical yet applauding the show’s refreshing take on the whole concept. In the first season, we’re introduced to Ricky (Joshua Bassett) and Nini (Olivia Rodrigo), who have been together nearly their entire lives. However, they begin the new term on separate paths, after breaking up just before summer break. Nini is now with EJ (Matt Cornett), whom she connected with at camp, and Ricky’s miserable because he assumed their break wasn’t permanent.

He auditions for the new musical so that he can be near Nini and enjoy her passions with her, and the two of them get cast as leads in East High’s stage adaptation of High School Musical. New girl Gina (played by the incomparable Sofia Wylie) auditions for Gabriella as well as but loses the role to Nini. Relegated to understudies for Ricky and Nini, EJ and Gina hatch a plan to work together (somewhat) to get the lead roles for themselves. This all changes when Gina develops a crush on Ricky, but is left heartbroken when Ricky chooses to get back together with Nini when they’re done with the musical. Gina also gets news that she’s moving away, so she had to quit the show, only to come back later on after EJ buys her a plane ticket so she can do the musical and finish what she started.

The entire structure of Season 1 was a build-up to Ricky and Nini ending up together by the end of it. The fact that they were the romantic leads of the musical as well as the show, the perfection of their voices together in their duets – it was no surprise that the final episode ended with a declaration and a kiss.

Season 2 brings in quite a bit of mess and complication. Ricky and Nini are together, Gina didn’t move away as planned so she’s forced to put up a front with Ricky and pretend like everything’s okay. At this point, Ricky is very fixated in making his relationship with Nini work, which results in him hurting Gina’s feelings indirectly.

In the course of Season 2, EJ and Gina find themselves drawn to each other, with a major turning point in their relationship being Carlo’s birthday party. EJ is the first person to actually ask Gina how she is, he also has so much admiration for her skills and abilities. And she returns the sentiment. They have a beautiful heart to heart chat, and become closer as a result. There are a lot of lovely romantic set pieces between the pair: their fake dating and risotto date, longing looks exchanged during the musical and EJ’s thoughtful acts of service for Gina.

So, the entirety of Season 2 was the ending of one relationship — Ricky and Nini — and the beginning of another. When Ricky and Nini broke up, it was heartbreaking, but expected. Nini had moved away for school, which caused Ricky to double down on his clinginess due to his fears of her leaving him, like his mom did after his parents’ divorce. They find themselves pulled in separate directions, so when they decide to end things, there is enough narrative substance for us to understand why.

However, this isn’t the case for Season 3 when it comes to EJ and Gina’s relationship.

The latest season was all about summer camp, with EJ introducing his girlfriend and his friends to Camp Shallow Lake. EJ and Gina are all loved up and excited for camp, to spend more time together and just have fun. The problem is, from the get-go, it is quite apparent that the season aims to break the two of them up, which should never be the case. If the characters break up, it must be due to circumstances beyond their control, and an emerging incompatibility. The show should show us why they don’t work, and why another relationship is superior. From the moment Ricky, now single, crashes the party and joins them at camp, it becomes blatantly obvious how things will turn out.

And so now we see EJ, suddenly saddled with directing the camp’s musical for a documentary that will air on Disney Plus – the show’s quite meta – becoming the worst boyfriend in the world. After prioritizing his relationship with Gina in Season 2, and confiding her about his fears for the future, he now doesn’t do any of these things. He doesn’t tell Gina about a letter he receives from his dad and tells Val instead, and after Gina makes a grand romantic gesture, he doesn’t reciprocate in any way, even leaving the camp’s prom night to go look at his director notes. After his arc in Season 2, this feels like a step back – he went from being the friend that shows up to just not being there at all.

Moreover, Ricky’s presence brings to the forefront a repeat of a love triangle that we saw in Season 1, with Ricky and EJ both vying for the affections of the same girl. So, when the season ends with Ricky and Gina inevitably together, this becomes the second time Ricky intrudes and ruins one of EJ’s relationships.

I understand that Ricky and Gina have been coded throughout the series, and it’s clear that the pair have feelings for each other, but the way it developed on screen makes the pairing difficult to accept. Gina and EJ’s relationship ends before it got a chance to really begin, and Gina, who seemed all in with EJ in Season 2, is seen to be vacillating more with Ricky in the picture.

There’s a clear bias even in the framing of romantic moments between each couple, with EJ and Gina’s first kiss actually never shown, while Gina and Ricky’s first kiss is out in the open and gets multiple camera angles. Moreover, Gina and EJ perform Frozen’s Love is An Open Door, with EJ playing Hans and Gina playing Anna, while Ricky is cast as Kristoff in the musical. If you’ve watched Frozen, it becomes quite apparent that EJ is being telegraphed as the wrong guy, and Ricky is the one Gina will end up with.

The key to writing good relationships is not to sabotage them before they can even begin. Viewers can accept relationships ending, because that’s life – you don’t always end up with the first person you kissed. What we can’t accept are forced breakups that ruin character arcs and momentums from previous seasons. And this is the problem when a show writes for an endgame, as opposed to letting things pan out in a more authentic way.