Is The Happy Ending Dead In Movies?

People die. Franchises do not.

By now, it would seem to be inarguable that in Hollywood today, the franchise is king. Most notably, the “Cinematic Universe,” pioneered by Disney, is quickly setting the new standard for blockbuster filmmaking. This brand of entertainment is typified by its grand scope, as well as its penchant nostalgia, and fan service. Aging IPs such as Star Wars, Planet of the Apes, Harry Potter and even Rocky, strangely enough, have been given new life, while staying true to their original source material.

Certainly, this has been a marked improvement over the the “reboot” era only a few short years ago, leading to better reviews and more interest on behalf of the audience. But there remains several problems with keeping franchises both canonical and everlasting. For example:

In the age of endless sequels, is the “Happy Ending” extinct?

If all franchises are to continue indefinitely, then we cannot expect to see any real endings, much less happy ones.

What sent me off on this train of thought was the most recent X-Men movie, Logan, in which, spoiler alert–Wolverine and Professor X die. Now, Hugh Jackman and Patrick Stewart had both stated in press for the film that this would be their last outing in these roles, so we all kind of knew, right? I mean, how else would they do it? And there lies the question at the heart of this article.

Chris Evans, the actor behind Captain America has stated recently that he is fast approaching the end of his contract. In the meantime, he’s been playing it coy as to whether or not he will be continuing beyond the next two films. This is likely in order to provide him some leverage for re-negations, but what if it isn’t?

The Marvel Cinematic Universe is a juggernaught. The movies make a billion dollars nearly every time at bat, and they cost almost as much to make. It is possibly the most complex, micro-managed attempt at a movie franchise in history. At this point, you can’t really just hit the “restart” button. No, it’ll have to continue along this path until it crashes and burns into annals of movie history. Nevertheless, it’s bound to lose a few of its key players along the way. So what then?

This has been an issue in television for a long time now. One that hasn’t really been resolved, either. I mean, how many series can you name that remained in peak-form after losing a major character?502

Death, sex scandals, money disputes, old age; stuff happens. And, unfortunately, it will likely happen an actor behind one of Marvel’s ever-expanding cast of characters. Probably sooner rather than later, too. In the case of this happening, let us consider the options.

Well, the past has shown us that they’re fairly limited. First and foremost, you can kill them off. This is the popular option. Simple, but it works. Secondly, you can replace them with another actor. This is the unpopular option–don’t do it. And then, finally, there is the unceremonious exit. Like, say, I dunno…Thor retires to Minnesota or something. This usually entails some sort of contrived way of bowing out. Then, as the series progresses, that character’s role becomes marginalized in the scope of the franchise(like whatshisface and whosit from the first three Pirates of the Caribbean movies, or blondie in the Fast and the Furious series)

The point is, no matter how you choose to handle it, there is no satisfying way of creating a happy ending for that character within a franchise.

Let’s drop Marvel for a second, and look at a case study: Disney’s other flagship franchise, Star Wars, which has been gearing up its own endless parade of sequels and spin-offs. I want to talk about how they’ve handled the exit of a major character.

Specifically, I want to talk about the death of Han Solo.

Of course, Disney can feed us a bunch of crap about wanting to create a dramatic climax for the film, but everybody knows that the character was killed because Ford wanted out. 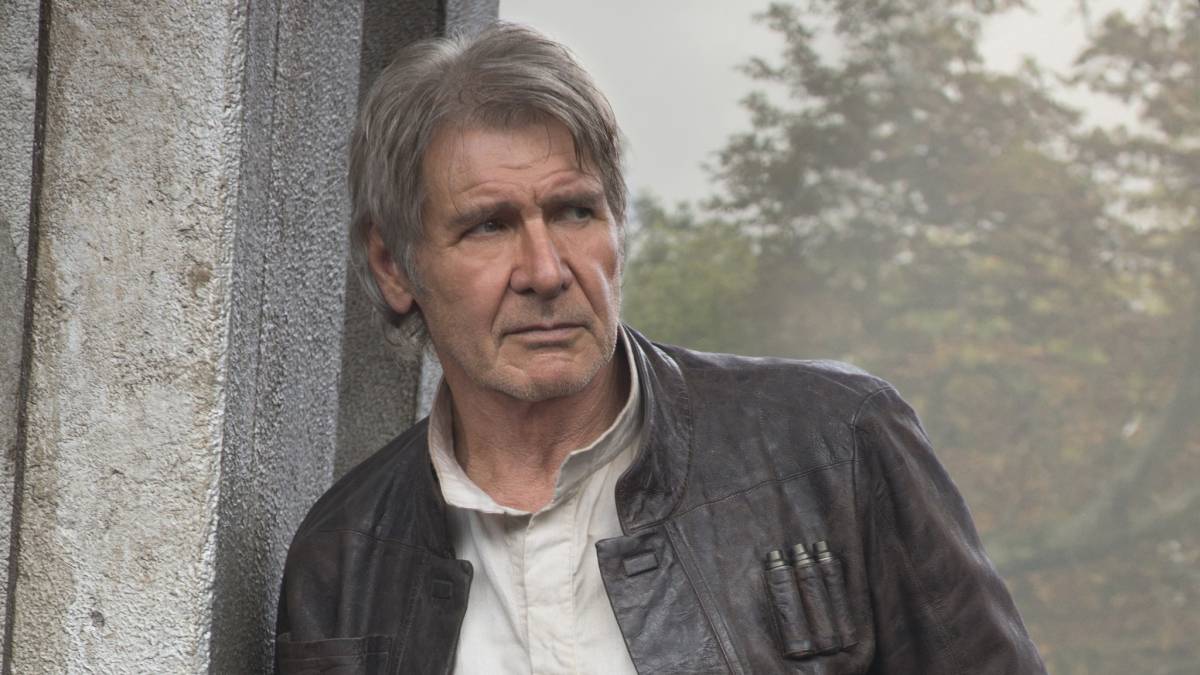 Personally, I thought The Force Awakens was okay. I like the new characters, and I thought that the story was fun, even if a little too familiar. Killing Solo off like that make me sad, however, and not in a story-deepening, intellectually engaging way, either. Just sad.

I understand that an aged Solo has no real place in the new trilogy, and that his storyline needed and ending for the series to progress. But for 32 years, the character had an ending–a happy one. He helped to defeat the Empire, and he got the girl. In my mind, Han Solo spent the rest of his life happily married, continuing on fun space adventures for the rest of eternity. Not a particularly deep theory, but I wasn’t really thinking about it all that much. I didn’t have to, it was done.

Instead, we find now out that his marriage fell apart, that his kid’s an asshole, that he stumbled back into the very same fiscal position he was in A New Hope and then, finally, he dies like a sucker.

Is this the fate of all veteran characters? Of course, it remains to be seen how the franchise will be dealing with the sudden, untimely death of Carrie Fisher, but one hopes that they come up with a more emotionally satisfying way to usher her out of the series.

Hoping is not the same thing as expecting.

So long as franchises remain everlasting, their characters cannot rest peacefully. If Hollywood insists on pumping out sequel after sequel, then they’ll have to begin thinking of ways to develop more sincere, meaningful exits for their beloved characters for when the inevitable happens.

If enough creative energy is expended on finding solutions to this problem, then, maybe, audiences can once again submerge themselves in the fiction of the happy ending. The reassuring, but somewhat absurd belief that all one’s personal conflicts can be definitively solved before riding off into the sunset.

Or, maybe everybody will be recreated through motion-capture animation until the end of time. Who knows.