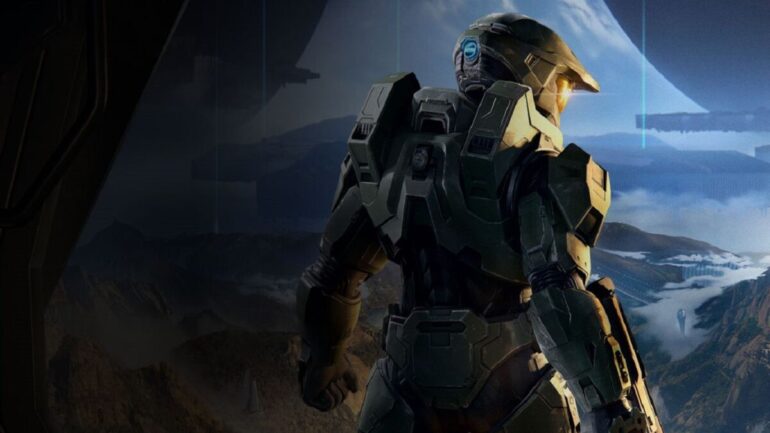 2021. It has been what some call “a year”. To celebrate this collection of sun rotations, we’re looking at the best games of 2021. Next up: Halo Infinite.

Let’s all be honest with ourselves: the Halo series since 343 Industries took over hasn’t exactly been up to the same standards that the franchise once held when Bungie held the reins. That’s to be expected when control of a series as big as Halo is transferred (Gears of War hasn’t been able to top Gears 3, for instance), but Halo Infinite is 343’s best offering yet, potentially rivalling some of the series’ biggest highlights.

The campaign alone feels like a revelation. The move to an open world format is the evolution that the Halo series needed to survive for the next 20 years. While it’s far from original in its design and execution, the formula lends itself easily to the expansive chaos of Halo’s firefights. Halo has always thrived in open environments and chaos happening all around you, and the open world of Infinite’s Zeta Halo provides that in spades.

In truth, the real magic of Halo Infinite’s open world is the sense of discovery. Moving from objective to objective, you’ll find different emergent instances like Banished patrols, skirmishes and other opportunities for fun. Sure, you might be planning on taking over an enemy outpost with your Battle Rifle and Rocket Launcher, but stumbling across Banished riding around in a Ghost might change your plans somewhat.

The wish fulfillment of a FPS is that it’s supposed to make you feel like a badass. A game like DOOM Eternal does that through animations and abilities, as it’s hard to not feel like an all conquering ubermensch when you’re literally ripping and tearing demons. Halo Infinite also makes you feel like a badass, but in a way that feels more visceral and strategic. Every engagement is a chance for you to think tactically, to use the tools at your disposal in the most creative and effective ways possible. Zeta Halo as a whole is a canvas, and the Chief’s paint brushes and tools are rifles, shotguns and explosive ordnance.

The blood of the Banished is the paint, if the metaphor didn’t track for you there.

While Halo Infinite is worthy of GOTY on campaign alone, the stellar free-to-play multiplayer is also the icing on the cake. Though the battle pass and playlists have caused some controversy, the core gameplay is unrivalled. Quite simply, Halo Infinite is the best multiplayer shooter on the market right now, with gameplay that’s incredibly fun to pick up and play. Even if you’re a new player, the wealth of training options and bot matches allow you to ease yourself into playing online.

The Xbox Series X | S has been yearning for that new killer app, and Halo Infinite delivers by the bucketload. For fans of the series, this is a renewal of faith that Halo is in safe hands with 343 Industries moving into the future. For new players, Halo Infinite offers enough new ideas and content to serve as the perfect point to get involved.