Going Under (PS4) REVIEW – Employee Of The Month 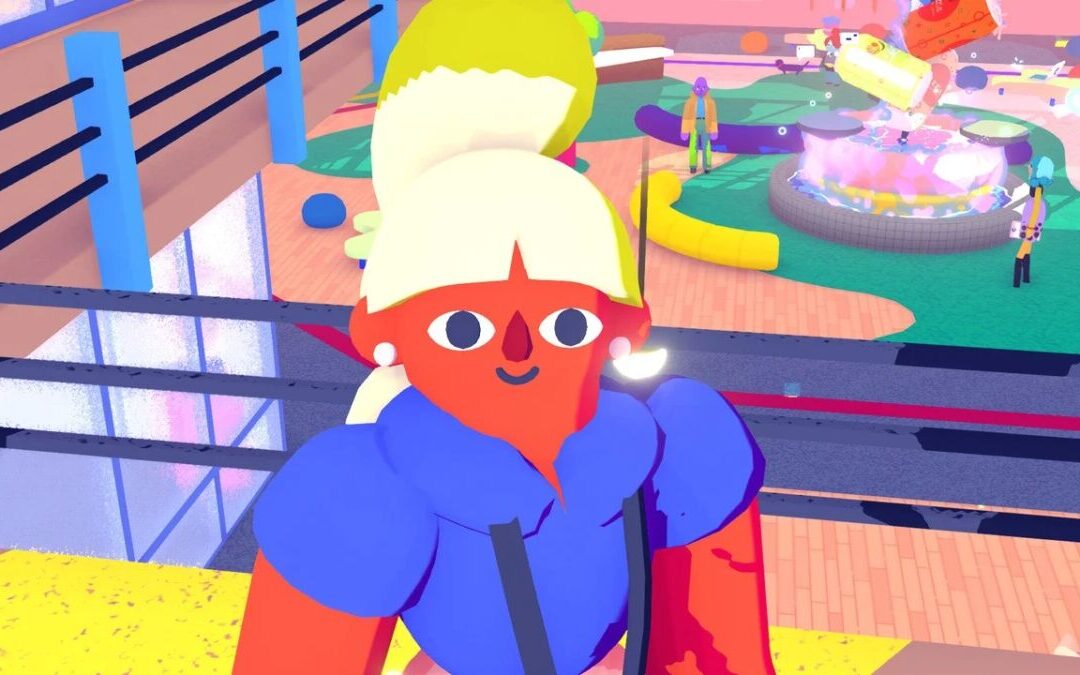 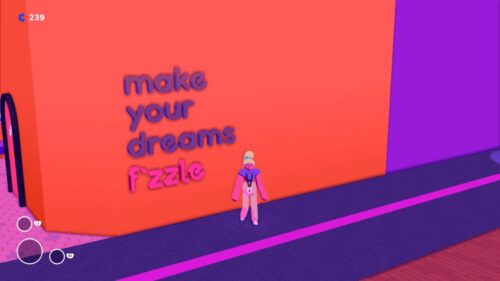 As someone who has in some capacity or another been in the workforce for over a depressing decade, Going Under resonated with me and could easily be mutual for others in the workforce too. It’s a parody of the gig economy culture, its toxicity and the exhausting apathy you may have heard about from various news sources or perhaps those close to you. I’m confident that you can mentally picture this breed of co-worker that I can’t quite describe without being overly insulting or stereotypical, but humour me and come to your own word associations.

That co-worker is the manager who treated you like his best friend, while simultaneously gaslighting you into working an extra 3 hours of unpaid work; or that cocksure upstart who ended every work exchange with a cringe-inducing “this ain’t my first rodeo, baby!” Whether it was that first retail job we had or that modern junior-level job we loathe today, we’ve all dealt with this breed of worker, brain breaking speech of the magic of teamwork in tow.

This is where Aggro Crab’s Going Under’s charm comes in; a blatant on the nose satire of the modern workplace, start-up companies and the over-reliance of technology over human emotion. For anyone who has had or is in an internship with that “trendy” new company that’s trying to pull in a teen demographic for ball bearings or something equally as mundane and impossible to market, Going Under is recommended.

Going Under sees you playing as Jaqueline or “Jackie” Fiasco, a marketing intern for Fizzle Beverages, a subsidiary of Cubicle, set in the brightly coloured dystopian city of Neo Cascadia. You’re introduced to your ragtag bunch of oblivious co-workers, followed by the antagonists of the game, the amusingly titled “contractors”, and are sent on your first quest – to clean up the dungeons of failed apps and businesses of yesteryear and collect its relics for “maximum productivity”.

Naturally, if you’re familiar with dystopian setups, things aren’t quite what they seem. It’s a bizarre game that’s hard to put into words, but Going Under is a fun adventure that packs comedic one-liners and satirical jabs that don’t come across as too edgy or cynical for its own good.

Going Under is a quirky love letter to roguelike dungeon crawlers, taking its influences from The Binding Of Isaac and Enter The Gungeon to create an assertive and amusing title. Though Going Under will certainly give those who love a good challenge bang for their buck, Aggro Crab has also catered to the more casual player and there are assists to enhance your personal experience. Whether that’s extra health for Jackie or slightly weaker enemies, there is still a challenge however you want to play.

The control scheme is easy enough to learn. Square does your standard attack, holding it down gives you a charge attack, and X is your dodge roll. Holding down L2 locks on to a foe and finally R2 throws your weapon. The lack of a block or parry might be seen as a negative, but they’re unnecessary here. The simple control scheme gives the player some much-needed breathing room when they’re greeted with a room full of various enemies that’ll become chaotic very quickly.

There are three dungeons that satirise modern apps we see on an everyday basis. You have Joblin, a take on employment sites such as Linkedin, Styxcoin, a bitcoin app where, just like bitcoin, it’s all worthless, and Winkydink, a take on apps such as Tinder with waifu boys and promiscuous girl demons in tow. All of these dungeons have 4 floors to clear with their own set of contractors to slay and a boss or “manager” to beat at the end, with their own buffs and tricks to keep you guessing. So far, so very roguelike.

Should you die, and you will die a lot, it’s back to the beginning of the dungeon for you. Like most roguelikes, all stat boosts and money are lost. It’s firm, but the combat is fair and there wasn’t an instance where I felt the game cheated me out of a dungeon or a boss. If I did fail, it was because I didn’t dodge properly or got too confident with mashing the square button on that final push of boss health.

Your weapons of choice are the items found inside the dungeons, which can range from your typical blunt objects and axes to more bizarre combinations of office supplies such as staplers, pencils and foam fingers. Weapons follow a numbered system of strength and they can also break, so you will have to keep an eye on the weapons meter; if they flash red, find a new weapon. You can hold up to 3 weapons at a time so you’re free to experiment and find the combinations that work for you.

There are also apps, which are parodies of nearly every app on the market, including Uber and Wish, that are special attacks that work in various ways. Whether it’s flashbangs, store discounts or wacky inflatable distractions for your enemies, it’s more potential strategy for the player. You can only store up to one app at a time, so coming across two in a room may leave you struggling to choose, but there’s still room to experiment and find which ones you prefer.

As Going Under progresses, you will have to visit these three dungeons on numerous occasions. You need to run through these dungeons at least twice if you’re going through the game for its story and in the second half of the game, dungeons get longer and trickier to beat. While this could be off-putting, Aggro Crab thankfully had the foresight of making each of these dungeons randomly generated, so no run-through is the same. There are skill rooms where players can pick one of two special perks, which could range from wielding heavier weapons more easily, to shock damage and setting enemies on fire if you lock on.

Perks are randomly generated and if you’re lucky enough, you can easily buff Jackie up to becoming simply unstoppable in tearing contractors apart. The other benefit to these perks is that as you progress, you’ll be able to level them up to be “endorsed”, meaning that, you can use those perks permanently when starting another run in your chosen dungeon.

Other rooms include challenge rooms, where players have to clear the room full of various enemy types for extra money, weapons and perks. Another unique mechanic introduced are curse rooms, which are particularly interesting and do find a way to give the player an extra challenge, should they want it.

Players will see a room full of health items and perks but are blocked out to you unless you apply a curse. Curses last between 3 to 5 rooms and, as you are probably gathering, these are debuffs. Some of these curses include an inability to lock onto an enemy or taking away health should you stand still. They are optional and give an extra edge to an already challenging game, but the rewards for claiming a cure can be beneficial.

The last tool in Going Under’s arsenal to help players along with the challenge is the mentor system. These can be found by talking to your co-workers in the hub world of Fizzles HQ, who will assign you side objectives while you’re off finding relics. The benefits to this system include cheaper purchases in the dungeon shops or a dramatic rise in attack speed. There are 5 bonus objectives in total with mentors, but you only need to complete one in order to unlock their benefits. It is recommended that you try to unlock more by replaying the same dungeon a few times.

In my run-through of Going Under, there wasn’t a lot to get upset over. The presentation, while garish, sickly colourful and something I wasn’t a fan of, matched the juxtaposition of its dystopian narrative well. I did come across a few bugs and glitches that would require me to back out of the dungeon to start all over again and I must admit I would have liked to have seen some more creativity in its dungeon design. Randomly generated dungeons are all well and good, but if you’re a completionist that wants to endorse the 76 buffs the game has on offer, you’re going to be in for a long and repetitive task.

However, Going Under is a game that demands replayability as just one playthrough wasn’t overly long, clocking in at just under 6 hours in total. There’s challenging gameplay, some incentive to replay and an all too relatable tongue in cheek narrative that makes this a brilliant dungeon crawler to enjoy. For those of us that have suffered the humiliation of unpaid internships and overbearing management teams, this one is for you. There is something special and fun about Going Under that should not be slept on.

A code for Going Under was provided by PR for the purposes of this review. 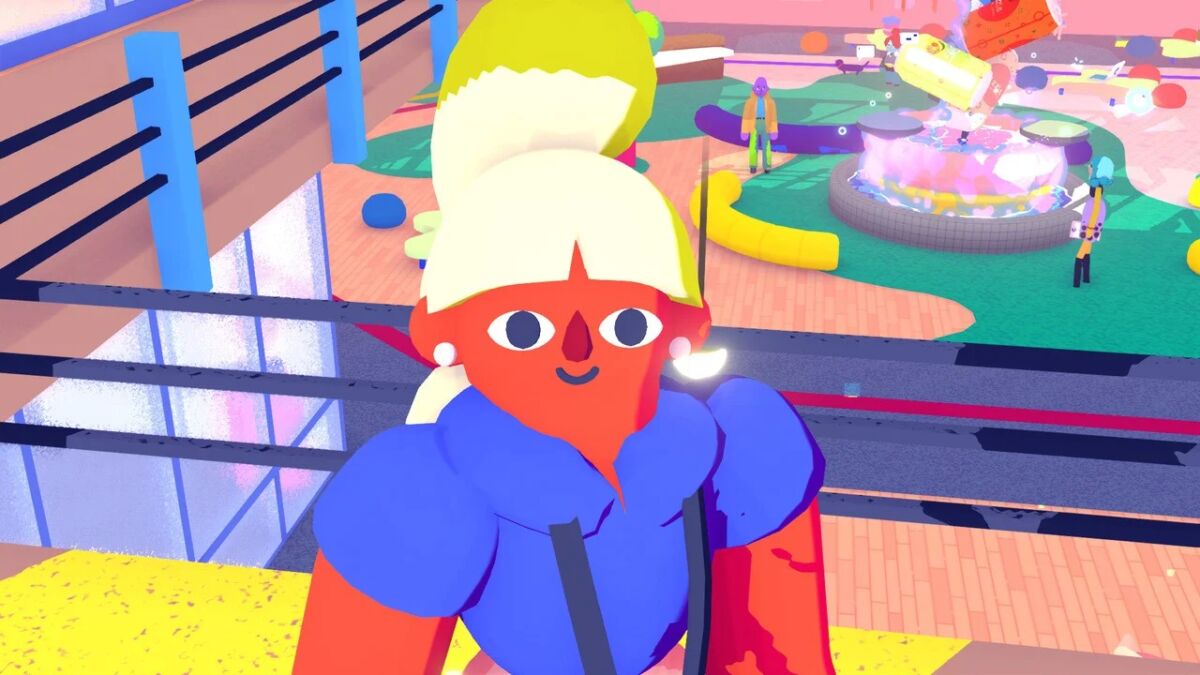 Verdict
Finally, a game for the bitter intern. Going Under is a fun roguelike adventure packed with challenge and an amusing story players will enjoy.
8
Cultured Vultures is a pop culture website established in 2013 covering all things gaming, movies, and more. We eat your words.
All The News On Your Favourite Games