Ubisoft’s Gods & Monsters Is Getting A Name Change 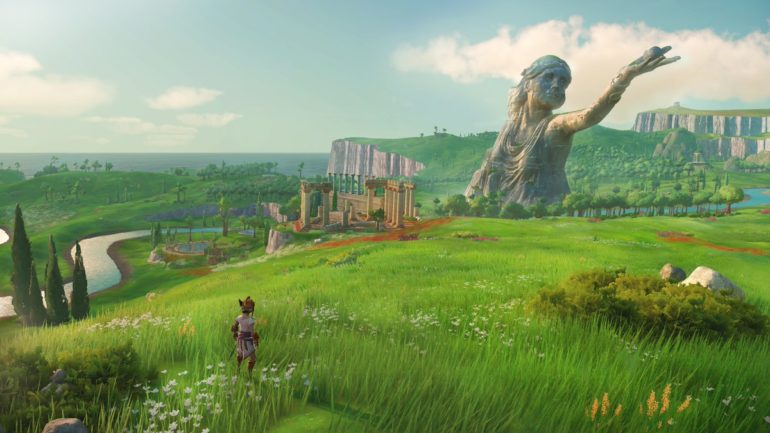 Google Stadia, of all things, leaked a one year old build of Ubisoft’s Gods & Monsters last night under the code-name Orpheus.

The first real glimpse at gameplay showed some pretty heavy Breath of the Wild influences, circular stamina bar, wall climbing, and all, as well as the obvious Ancient Greece setting.

Here’s what “a few hundred gamers were able to play…for less than 30 minutes”, according to Stadia, who acknowledged the slip-up to Kotaku.

A short video of Gods and Monsters gameplay! from r/Stadia

Ubisoft responded to Gods & Monsters’ leak in a statement to Eurogamer, being quick to mention that it was an old build (hence why Hermes looks like ghost cream) and that a lot has changed since — including its name.

“Our vision for the game formerly known as Gods and Monsters has evolved in surprising ways, which is common when developing exciting new worlds.”

“This footage is from our E3 2019 demo, which was shown to select press last June and is now over one year old. Much has changed since then in terms of features, tone, art and character design, and even the name of the game. We are hard at work and very excited to finally show players what we have created at the end of summer.”

I tried to press Ubisoft on what inspired the name change, but they referred me back to their previous statement.

It’s a shame: I think Gods & Monsters was actually a pretty unique name that caught the eye. Ubisoft did delay Gods & Monsters and a bunch of other games following the weak response to Breakpoint and its homogenous nature. Maybe a name change will suit the game’s possible major overhaul.

Gods & Monsters is due to land sometime in 2021 with PS5 and Xbox Series X versions planned, along with PC, Stadia, Switch, PS4, and Xbox One.