Is God of War Ragnarok Worth Buying?

Boy is this a good game. 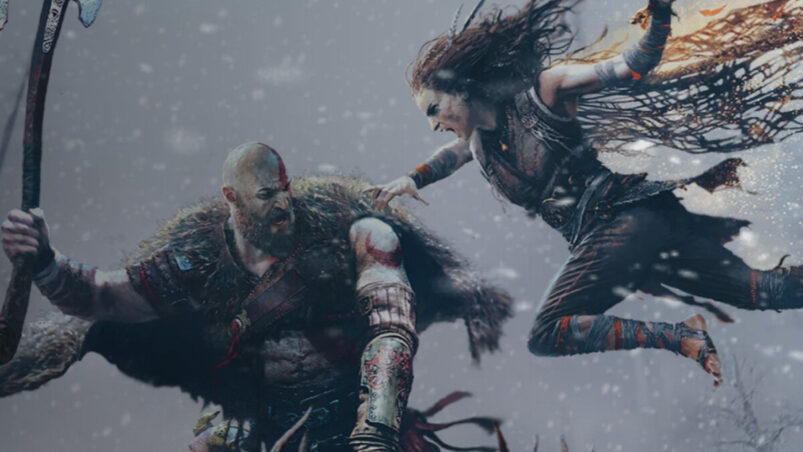 Ragnarok has been a long-time coming — in more ways than one. Santa Monica Studio’s follow-up to their smash hit reboot for the series felt for a moment there like it would never arrive, and while it doesn’t exactly reinvent the wheel or massively innovate, it doesn’t need to. God of War Ragnarok feels like a worthy successor to many people’s GOTY for 2018, and is likely to claim a few awards of its own — though it isn’t perfect.

Following the events of the first game, Kratos and a newly deified Atreus have their backs up against a (very cold) wall. Hunted by Asgard as well as the grieving Freya, they must once again travel across the nine realms while they try to find common ground and grow as people. Both characters feel massively different to how they did in the previous game, though both still retain streaks of their less favourable qualities. Kratos is more compassionate and understanding, yet is still quick to anger and over-protective. Atreus, meanwhile, is bolder and more confident, but also has a seemingly hereditary hot streak and a perhaps too idealistic outlook that gets him into trouble.

The pair’s chemistry is really what drives God of War Ragnarok’s story. Not the impending apocalypse or almost endless talk of giants, but how a haunted man grows to appreciate his once neglected son and how that son tries to become a man of his own. Christopher Judge and Sonny Suljic give career best performances in Ragnarok (Suljic in particular), though Ryan Hurst’s Thor is probably the highlight here — he absolutely owns the screen, and that’s not just because he’s an absolute unit. Not a single word is wasted, every threat feeling like a promise. Most of the supporting cast get a chance to step up to the spotlight, but it’s Hurst who really makes the most of it.

You, of course, can’t have God of War without combat, and the same over-the-shoulder character action returns here, almost so similar that you might struggle to see the differences as you start swinging away. A lot of moves are the same (and need to be unlocked again), but the gradual power curve is even more enthralling than before, with combat starting off steadily before you eventually grow into a whirlwind of fists, blades, and one very enjoyable axe. It does feel like a lot of the focus on elemental damage has been stripped back for Ragnarok (at least when playing on the default difficulty), meaning that you’re now much freer to juggle enemies around and experiment.

Combat also feels a fair bit tighter, as moving between weapons is seamless while still appearing like it’s part of one long combo. There’s perhaps a bit too much of a focus on dealing with ranged enemies to start off with, but getting Atreus to deal with those as you mow down everything in proximity does feel like second nature after an adjustment period. Being able to fling your axe at an enemy, deal frost damage, melt them down with your Blades of Chaos, then slam down on them from up high while Atreus absolutely pelts them with arrows without taking any damage feels, to use the obvious pun, godly.

To break things up from all the mayhem, Ragnarok feels like it’s been cribbing notes from DOOM Eternal and Tomb Raider, as every other sequence seems to be either a platforming sequence or some kind of puzzle. These sections are never hard or mentally taxing, but the way they’re spread out does hurt momentum just a little, though never to the point that you’re fully dragged out of immersion. Really, these consistent combat breaks give the characters enough time to talk more, to build their characters and really make you invested in them. There’s also an incredible amount of detail in this dialogue, with many of your actions (and even inaction) triggering some response from a companion.

Unfortunately, though, while the way the game paces out its combat and puzzles is pretty consistently engaging, the overall pacing feels a little off in terms of the main storyline and how it progresses. Just as you’re getting into the groove, you’re whisked off to something else entirely with no way of backing out of it and exploring more of the realms. Saying what these specific interruptions are would spoil it a little, so let’s just say that sometimes something familiar can be the most fun you can have. Ragnarok is an epic game in the truest sense of the word with more ambitious storytelling and scope, but it does lose a bit of the slickness of its predecessor in the process.

What it does gain from this even bigger scope, though, is even more beautiful horizons and sights in higher resolutions than ever, especially on PS5. As a cross-gen title, Ragnarok is perhaps a little bit hamstrung by the previous PlayStation consoles (the sheer volume of hidden loading screens as you crawl through holes in the wall and underneath floors suggests as such), but you can’t really blame Sony for wanting as many people as possible to be able to experience such a grand, deeply involving spectacle.

There are some sequences in Ragnarok that are hard to forget, while the gradually revealing sandboxes that make up the realms offer an almost Castlevania-esque appeal. You’ll gladly return to old areas with new tool at your disposal later on and discover even more of what this gigantic game has to offer, which often take the form of meaningful side stories that don’t simply feel like content. Sure, there’s some of that obligatory filler stuff too (like the annoying birds), but Ragnarok’s approach to quality and quantity is hard to beat.

God of War Ragnarok probably won’t win over those who miss the style of the older games, and it might not appeal to those who have had their fill of big budget action RPGS for a generation. However, anyone who wants to discover a bunch of gods going through some ultimately very human problems with some of the best combat this side of a Devil Trigger might find that it’s one of 2022’s very best.

READ NEXT: 35 Best Gifts For Gamers For Christmas 2022