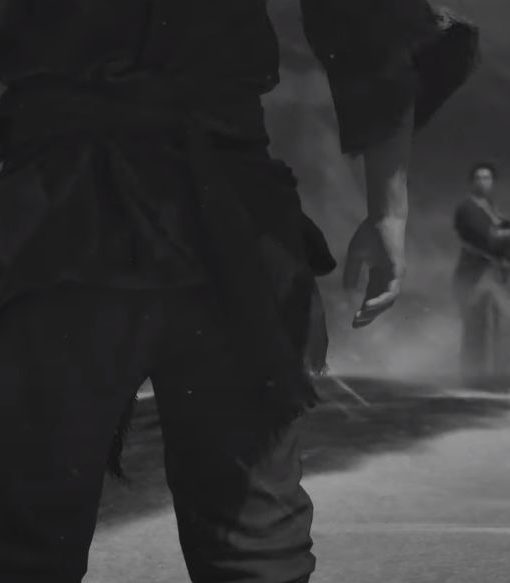 It's a love letter to Kurosawa, one of the most influential directors of all time.

Last night, PlayStation shared an extended look at the PS4 exclusive Ghost of Tsushima in the latest State of Play.

A lot of things certainly caught the eye in a game that’s been sparing with details since it was announced. Navigation via wind seems like an inspired way to explore the island, as does the freedom provided by its lush, vast landscape. Combat, too, looks slick, it allowing you to approach confrontations any way you please, whether that’s with stealth or sword a-glinting.

For me, though, it’s the “Samurai Cinema” mode that turned Ghost of Tsushima from an intriguing open world game into a potential must-buy.

In Samurai Cinema, the screen turns black and white with a subtly brilliant old film grain effect that really takes you back to the works of Akira Kurosawa.

Kurosawa was one of the most influential filmmakers of all time, perhaps best known for Seven Samurai: a film that was remade in America as The Magnificent Seven. Almost every action movie released to this day owes a debt of gratitude to Seven Samurai, from Star Wars to Mad Max and countless others in-between. Hell, even A Bug’s Life shares its basic DNA with Kurosawa’s undisputed classic.

Another Kurosawa work, Rashomon, is heralded as being one of the first movies to tell the same story from different perspectives and recollections, a method lent on often by modern auteurs — David Fincher’s Gone Girl being perhaps the most noteworthy in recent memory. “The Rashomon Effect“, as it is known, can even be seen in video games – Tales From The Borderlands to hilarious effect, and Suikoden III to, erm, not so hilarious effect.

Despite his wide influence on filmmaking as a whole, Kurosawa’s later films were not well received, especially in his native Japan, and he was confined to a wheelchair for the rest of his life following an accident that broke the base of his spine. He died at age 88 from a stroke having spent the last six months bed-bound.

Kurosawa’s legacy lives on throughout his works and those they’ve influenced, which includes Ghost of Tsushima. Sucker Punch are clearly paying reverence to Kurosawa in almost every pore of Tsushima, from the setting to the game’s themes, all the way up to the main character himself. Jin absolutely fits the mold of Kurosawa’s stoic, withdrawn leads, notably Toshiro Mifune’s brilliant turn in Kurosawa’s Yojimbo.

By playing Ghost of Tsushima with Samurai Cinema enabled, it’s probably the closest we’ll ever get to a straight Kurosawa video game adaptation. There’s Seven Samurai 20XX, a poor PlayStation 2 game that borrowed the concept of Kurosawa’s most famous movie, and Nioh, which was initially based on an unfinished Kurosawa script before Koei seemingly dumped any mention of it, but he deserves better. Here’s hoping Ghost of Tsushima can deliver the perfect love letter to a man who never truly received the adoration he deserved while he was alive.

Ghost of Tsushima, developed by Sucker Punch and published by Sony Interactive Entertainment, launches July 17th exclusively for the PlayStation 4.

READ NEXT: 15 Best Samurai Movies of All Time