Need an escape from RuneScape? 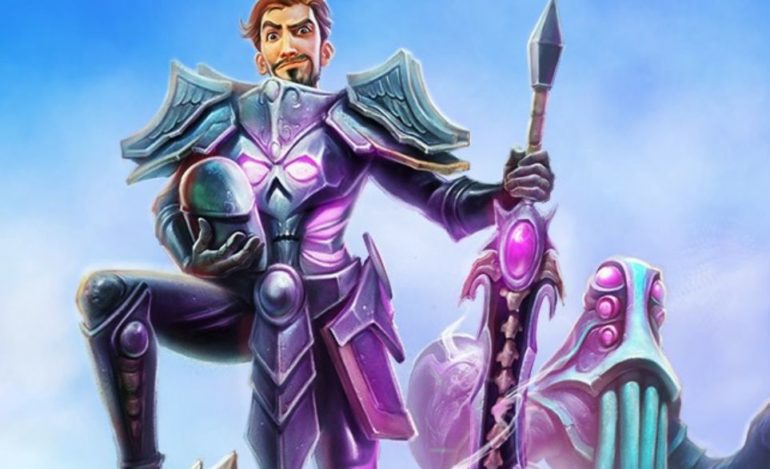 RuneScape just had its 20-year anniversary, a major landmark in a genre as cutthroat as MMORPGs. The old dog is as spry as ever, though, outlasting copycats and wannabes thanks to countless updates and a complete engine overhaul. In fact, twenty years on, RuneScape’s only grown more popular.

Yet, even with all the makeovers and renovations, the heart of RuneScape hasn’t changed. The core experience still features the classless progression, interesting quest lines, tongue-in-cheek writing style, and player-driven economy that the RuneScape faithful know and love.

Thinking of taking a break away from Gielinor to explore other, similar worlds? If you are, here are some of the best games like RuneScape that offer a unique twist on the classic sandbox MMO formula.

Wurm Online is a survival MMO that features classless progression and entirely player-built worlds. Players are dropped into a server where they must forage or hunt for food, collect water, and build shelter to survive.

As in RuneScape, performing a skill improves your proficiency at that skill. This means your character will become naturally better at the things you find more enjoyable, whether that’s fighting, carpentry, smithing, or casting spells.

Wurm Online’s sprawling, seamless world is a sandbox that puts all other sandboxes to shame. While RuneScape prides itself on its open world and untethered player experience, your potential to impact the world around you is limited. However, in Wurm Online, the structures that exist outside of the starting city are all player-made — every sign, cottage, bridge, canal, boat, village, and temple. If it looks man-made, that’s because some player came in and made it.

EVE Online’s vast galactic map is a space badlands where bandits and pirates roam free and rivalries can explode into grand cosmic brawls that bring the servers to their knees. But zoom in past the bombast and drama and you’ll find a game that’s more concerned with resource management and incremental self-development than combat and conflict.

There are tons of different ways to make a living in EVE, including many which aren’t mechanically part of the game. Sure, you can eke out a living hacking at rocks and selling ore on the market, but there are also corporations that offer in-game salaries to players with real-world skills. That could entail balancing their books, guard work, public relations, graphic design, website administration — the list goes on and on.

If you’re the type of RuneScape player who loves that RuneScape lets you earn an in-game wage pursuing whatever career path you prefer, then EVE Online will blow your mind.

Albion Online is a game that’s always brought up in discussions about RuneScape. Much of that has to do with the fact that a lot of Albion’s gameplay mechanics were seemingly pulled from RuneScape. As examples, in both games your proficiency with a skill increases with repetitions, characters aren’t locked into classes, the crafting systems are nearly identical, and players lose gear upon death.

Combat and content are where Albion sets itself apart from RuneScape, though. In Albion, the worldwide PK and engaging combat mechanics make encounters with other players more thrilling and unpredictable than in RuneScape. But one of Albion’s biggest critiques is its lack of solo PvE content, something RuneScape definitely has the upper hand in considering it had a 16-year head start.

RuneScape fans looking for a new MMO to sink their teeth into will find Albion Online familiar, but whether it’s the game for you depends on what you’re looking for with regards to PvP and PvE content.

Kenshi is a single player post-apocalyptic RPG that’s brutal, unforgiving, and undeniably addictive and the only game on this list that isn’t an MMORPG.

The game offers a combination of mechanics that should prove compelling to the RuneScape faithful — classless character progression, unguided freedom, and fascinating quest lines — all set in a true sandbox ruled by a complex network of interacting RPG systems.

Despite the familiar mechanics, don’t go into Kenshi expecting the same early learning curve as RuneScape. Kenshi’s dystopian badlands are savage and merciless. Your first ten minutes of play are likely to end with you in chains, mining ore in some remote slave camp — and that’s if you’re lucky. But if you power through the early game, you’ll find a deep and absorbing RPG experience that’s as rewarding as it is cruel.

In Ultima Online, you’re thrown into its fantasy universe with little fanfare or guidance to carve out a living in a cutthroat PvP land of bandits and raiders. Without the carefully curated new player experience of modern MMOs, you’re forced to rely on the kindness of others to find your footing in this strange place. It’s for this reason that Ultima Online has a strong sense of community throughout its modest but loyal player base.

If there’s one thing that Ultima Online outshines all other MMORPG in, it’s spellcasting. There are countless ways that you can mix and match the game’s many skills to create a character that plays like no other. It’s a mechanic that’s so deep that you can lose entire weeks just theorycrafting different builds. If that’s what you’re into, you won’t find a better game for it.

If RuneScape has kept up with modern trends to appeal to a younger audience, Ultima Online has done the exact opposite. It’s actually pretty impressive just how little Ultima has changed since it first released back in 1997. For those in search of a game like RuneScape with tons of content, deep and engaging mechanics, and an immersive, open world, Ultima Online is a classic worth looking into.

Mabinogi is a fantasy life simulator MMORPG where the focus is less on combat than it is on the development of “life skills,” which allow you to make money through a number of interesting career paths.

As you can imagine, the game’s player-driven economy is the engine that powers the gameplay experience in Mabinogi. Fighters need armor and weapons, which a blacksmith or tailor can provide. Blacksmiths and tailors need raw materials to forge their wares, which are provided by hunters and gatherers. It’s an intricate ecosystem that incentivizes grinding and character development in a way that feels natural, logical, and rewarding.

In recent years, Mabinogi has been criticized for doubling down on gacha mechanics, and although it isn’t quite “pay to win”, it’s certainly “pay to accelerate your grind.” That said, those on the hunt for a game with RuneScape-like career paths with a deep and well thought out progression system should look into Mabinogi.

RPG MO is an isometric, tile-based RPG that feels and plays a lot like RuneScape, even if it doesn’t look anything like it. After literally hundreds of content updates spanning multiple decades, RuneScape has become more quest-heavy than ever. While that’s a great thing for those who love always having a new side plot to lose themselves in, there’s a certain charm to the mindless grinding of early-aughts RuneScape that’s been lost with the recent focus on content.

RPG MO distills modern RuneScape into its most basic gameplay mechanics, made for those players who like busying themselves with massive grinds and undemanding routines. RPG MO is the type of game that won’t occupy your attention with complex navigation or challenging puzzles, making it the perfect game to fire up in your free time while you watch videos or listen to a podcast.

RPG MO is certainly a niche title and not for everyone, but if you’re a part of its target demographic — that subset of RuneScape players that absolutely loves simplistic, mechanical grinding — there’s no reason why you shouldn’t get it right now.

Project: Gorgon is a consciously post-WoW MMO that feels like a response to the “on the rails” quest structure pioneered by Blizzard’s gargantuan franchise. It has no actual campaign, no main plot thread to follow to conclusion. NPCs may have quests for you, but they’re largely disconnected — quests for the sake of questing.

Gorgon’s main selling point is its huge web of skills and sub-skills and its integration with the game’s social systems. Like in RuneScape, the player is free to carve their own path in the world, whether as a fighter or a bard or a cook, but in Gorgon, your road to mastery isn’t as straightforward as grinding actions. For example, one of the prerequisites to becoming a master Bard is to achieve a certain level of poetry appreciation. But how do you even measure poetry appreciation? In Gorgon, it’s done by attending live poetry jams, listening to other players’ poems, and voting on a favorite.

The upcoming Fractured aims to completely transform the way we look at character progression by emphasizing “knowledge” over experience points or rote grinding.

Completing various actions, like discovering a new landmark or gathering a new plant type, will grant you Knowledge which can then be spent on Talent Points to slightly enhance certain character attributes. And the process of learning a new ability is its own isolated grand adventure; abilities can only be unlocked by completing a list objectives that will take you across Fractured’s massive fantasy world.

It’s a quirky system designed to reduce grind, incentivize exploration, and put its player-driven economy in the spotlight. Since the natural strengths between characters are so inconsequential, armor and weapons greatly affect combat ability. Yet, unlike in most RPGs, all gear is produced by the players. Everything from the food you eat to the shoes you wear you’ll either have to make yourself or purchase from someone else.

Fractured wants to encourage non-combat roles much in the way RuneScape does, but through a new, experimental method all its own. Whether it will succeed remains to be seen, but it’s certainly a game RuneScape fans should watch for.

Legends of Aria aims to recapture that sense of mystery that made old-school MMOs so captivating. It does this by leaving a lot of its systems and mechanics unexplained, trusting the player to do their own research into how the world works. It’s a risky decision, and your mileage may vary depending on how much time and effort you’re willing to spend reading wiki pages and community forums.

That less is more philosophy applies to its narrative, as well, though this is something RuneScape veterans will be used to. You’re free to go wherever you want and explore the different regions at your own pace. There is no overarching end of the world story and you’re no “chosen one” hero destined to save the kingdom; you’re just one of a thousand other people trying to discover purpose in a game without one.

Although it offers a similar sense of freedom to RuneScape, the shallow choice of non-combat career options and rather static economy in Legends of Aria might be deal breakers for those who most enjoyed making a living doing anything but cutting off monster heads. For those sword-swinging, hammer-smashing adventurers, you’ll get exactly what you’re looking for.