What is dead may never die. 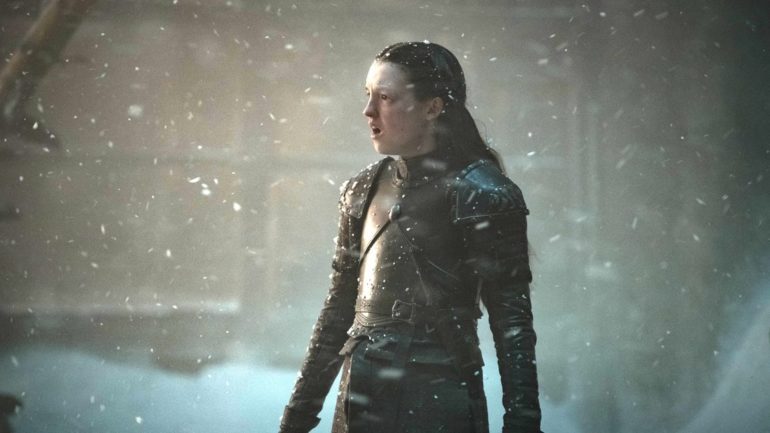 Winter has come and gone in Game of Thrones. After eight seasons and endless thousand yard stares, the Night King has been vanquished and the war against the dead is over. While you may argue that it can’t help but feel a tad anticlimactic (how are they going to fill like four more hours?), ‘The Long Night’ was the most intense episode of Game of Thrones to date with countless lives on the line.

With so many amazing moments, let’s look back at the episode that was and pick out the scenes we won’t be forgetting in a hurry. Not listed here: Sam getting the last active member of the Night’s Watch, Dolorous Edd, killed. Nice one.

Melisandre approaching the Dothraki out of total darkness to put their swords on fire with a sweeping shot of a thousand lights suddenly appearing was just the kind of pep talk they and also the audience needed. Maybe this wouldn’t be so bad after all?

Talk about a buzzkill. The emboldened Dothraki charged into the darkness before colliding into the army of the undead, who wasted no time in wiping them out. They deserved better, though the sudden appearance of a giant’s foot was a hell of a sight. All of that early optimism, gone.

So here’s what happens when thousands of wraiths don’t have to be careful about ice. The Winterfell frontlines clattering with a twisted “spear” of the undead was an unforgettable sight, and one that made me a bit annoyed that we will never see that World War Z sequel. Fincher would have fixed it, goddamnit.

8. Dragon fight in the sky

I didn’t think they would actually do it: if they can’t be arsed to show Ghost for like three seasons, how could they cope with three dragons in a tussle? While the murkiness might have spoiled it somewhat, the Night King falling from Viserion like a big bloody klutz at the end of it was something to cheer over.

Remember how literally every blog and GoT social media fan account suggested that the crypts weren’t actually that safe and that those buried there would come back to life? It only went and bloody happened. It might have been a more shocking moment with less obvious foreshadowing and was sadly missing wolfhead Robb, but the lovely scene between Sansa and Tyrion made up for it.

Ser Jorah was one of those who I expected to die in this episode, and he went out swinging like a real champ. Appearing at the last second to save Daenerys’ ass one final time, he cut a swathe through the attacking wraiths and kept his love safe. Daenerys’ weeping over his corpse was one of the saddest moments of the series so far, even if he did get upstaged by his little cousin.

Arya’s game of cat and mouse throughout the Winterfell library was probably the scariest Game of Thrones has ever been. The lack of music amplified the tension of her narrowly avoiding their glimpses each time before she eventually turned things into a video game and threw an object as a noise lure. Joel would be proud.

Jon vs. the Night King is a battle we are now never going to get, which can’t help but feel like a bit of a letdown, especially after two previous confrontations in which they were just separated from a fight by mere metres. They were this close once again in ‘The Long Night’, Jon chasing after the now dragon-less Night King on the battlefield. Just as it looked like the fight was about to finally go down, the Night King raised a whole new army of the dead, which included a few of our recently deceased favourites. All hope looked lost after that.

Theon has been on one long old road to redemption, which finally came to an end in one of the most beautiful scenes Game of Thrones has ever given us. The last man standing to defend Bran — who I think needs to be pushed down a really steep hill for his “antics” this episode — him being told that he was a good man, which is all he’s wanted to hear for the last few seasons, before charging at the Night King was the perfect send-off. He’s with his love now.

Lyanna Mormont is the true MVP of Game of Thrones and stole the show in every episode she was in. The littlest badass in all of Westeros may have ruled a small house, but she had massive balls, evidenced perfectly by her charging at the wraith giant (after it had just battered her, no less) before plunging her dagger into its eye. It’s lucky that Arya killed the Night King when she did or else we would have had a Night Queen.

Yes, it wasn’t the showdown we were expecting, but Arya saving the day (after a pretty stunning montage, it must be said) at the last second before giving the Night King the ol’ switcheroo was a moment worth fist-pumping for. As for those questioning where she came from: she’s an assassin. She assassinates.