This must be the work of Cobra. 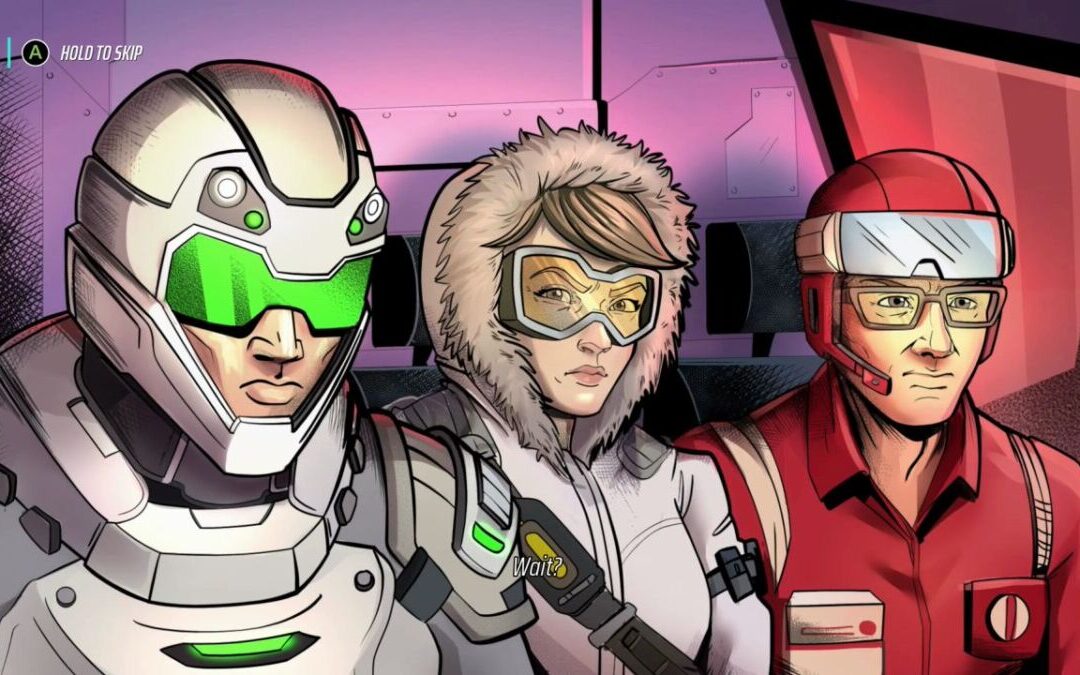 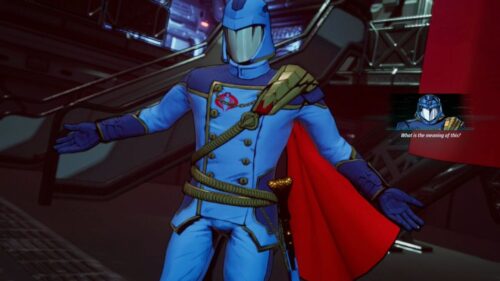 Anyone remotely familiar with G.I Joe understands that knowing is half the battle, so it stands to reason that America’s Heroes would want anyone who was considering the purchase of G.I. Joe: Operation Blackout to do their research. Whether that involves reading about the experiences of someone who played the game or simply glancing at the score, any knowledge is power. With such a fierce battle ahead, knowing the dangers beneath the attractive veneer is important.

Operation Blackout is simple and easy to pick up for anyone who isn’t brand new to video games in general. Aim, fire, melee, interact: all of the buttons feel located where they should be on the controller and they threw in an active reload feature (similar to Gears of War) where successfully hitting the mark lets the player get back to shooting quicker.

Fans of the G.I. Joe cartoon, like myself, know that the show is mostly the heroic Joes fighting the evil forces of the terrorist group Cobra; red and blue lasers going back and forth with few actual casualties and cool vehicles, all to save the day.

It’s the same in Operation Blackout, but it isn’t a cartoon, so we replace the lasers with bullets and other flashy energy weapons while most of the disposable troops are robots. That way the game isn’t bloody (defeated human enemies kneel instead of dying), but the robot soldiers still explode in a satisfying way, keeping the player happy as they beat feet through the level. It’s a small transition, still keeping in line with the core IP, and this newest installment for the franchise isn’t even the first G.I. Joe game to go for this third-person action, but all the fans needed was familiar names and some good firefights to catch their attention. Blast the robots, participate in weak, spongy boss fights, get to the clearly marked objectives, rinse and repeat.

It may sound a little repetitive, but the first real mission drops the player off in a great scenario on the USS Flagg aircraft carrier, as Cobra sets their diabolical new plan into motion, effectively crippling the world and scattering the good guys. Now the player takes control of various characters (Joes and Cobra alike) as the Joes struggle to save the world from Cobra once again. There’s just a few problems after that first mission.

Operation Blackout gives us twelve characters to play. At the beginning of each mission, the player will choose from two or more of these, each of which has a signature weapon, alternate skins, and some have different methods of evading attacks — I love that Sci-Fi throws down a shield. These Joe and Cobra warriors also have different ultimate maneuvers that do everything from empowering their weapons or deploying poisoned gas to summoning drones to help in the fight. There is a large variety of them, but quite a few of the powers are disappointing or too situational to be useful. Snake Eyes looks badass doing his big attack, but if the enemy simply moves to the side a bit, it was wasted, while Cobra Commander’s line of poison gas shoots in a straight line and is often ineffective unless fighting a large group of enemies.

I could use that word ‘disappointing’ when describing some of the character models too, unfortunately. A few of them look quite satisfactory with the cel-shaded style, like Cobra Commander and Roadblock, but then there are a couple like Lady Jaye that just seem off or missing details. Worse than looking terrible, the character that the player doesn’t select joins the mission as an AI partner (unless co-op is an option) to tackle the battle. These helpers are more of a distraction as they often just stand there while there are enemies to shoot. I’m looking at you, Roadblock. Co-op usually makes most games more fun, but it almost feels necessary at points here.

Some of the secondary weapons and guns that are available to pick up in the stages feel inadequate and they even sound weak when firing. The ones that are powerful enough are, of course, slower and harder to aim, meaning the Venn diagram of effectiveness meeting fun doesn’t overlap enough. Using your favorite guns and not switching out throughout a mission adds a level of ammo management that can land the player in a sticky situation sometimes.

Couple that hardware problem with some sluggish movements, wobbly aiming, and hitboxes feeling a smidge off, and the combat that started as fun and engaging quickly wears thin. The vehicle sections are also not fun, other than getting to pilot the recognizable toys. With all of those issues lumped together, the gameplay starts off feeling fine but becomes a slow descent into frustration, where we can only hold a point and fight off bad guys for so long before the reward of reaching a new chapter matters much less.

Seeing Duke and crew in action is the best part of the game. The in-engine cutscenes are appealing with the cel-shaded art and how it flows with the backgrounds—even if most of the rooms and levels are quite simple and reused a good bit—but the main story scenes are more like a motion comic. These stills are well-done, full of bold lines, and hit the nostalgia bone. They are reminiscent of the classic show and comics, but may not work for everyone. Even I was dreaming of fully animated videos with that art style by the end, wanting more. G.I. Joe properties kind of demand good color use and a bit of style, but I’d have loved to have seen this done with a bigger budget and maybe a larger studio behind it.

Watching the toys come to life, being able to control them, it all made for some visual fun. The soundtrack wasn’t bad either and most of the voice acting was enjoyable. There were, however, a few bits that sounded like the first line reads with no other takes, and characters repeat things so much in combat. Those bits of dialogue can be tough to understand. I thought Lady Jaye was saying, “they want pants,” but instead it turned out to be, “they won’t pass.” The writing for the story is also not the problem, as I was interested for the most part. We get a back-and-forth tale of how Cobra almost won, similar to any story ripped straight from the comics or a multi-part arc on the show.

I was hoping to end this review by saying that G.I. Joe: Operation Blackout was just fine, fun without needing to do anything new or innovative, or possessing any major flaws — even if there were some funny visual glitches and it froze on me twice — because it did the things that kept me playing and pressing buttons — at first. I thought it was just fun shooting where I got to play as characters I’m connected to and enjoy, and that was the case for the first few hours, but then all the toys started to break and I was soon left with the understanding that everything was a cheap plastic shell. I was thankful to play as my childhood heroes and some of Cobra’s most badass soldiers, but that’s the best thing about this otherwise sub-par game. Thanks for keeping an IP I love alive, but please try a little harder next time.

A code for G.I. Joe: Operation Blackout was provided by PR for the purposes of this review. 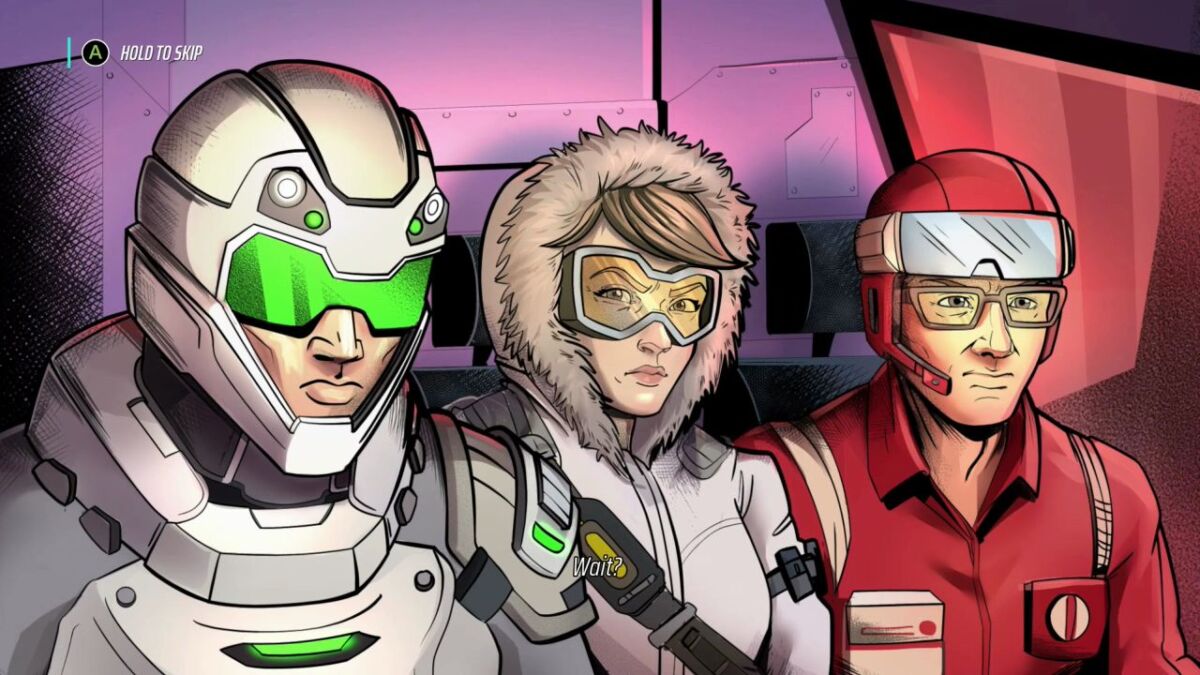 Verdict
G.I. Joe: Operation Blackout takes the iconic franchise and slaps it onto a mediocre at-best third-person shooter.
5.5
Cultured Vultures is a pop culture website established in 2013 covering all things gaming, movies, and more. We eat your words.
All The News On Your Favourite Games