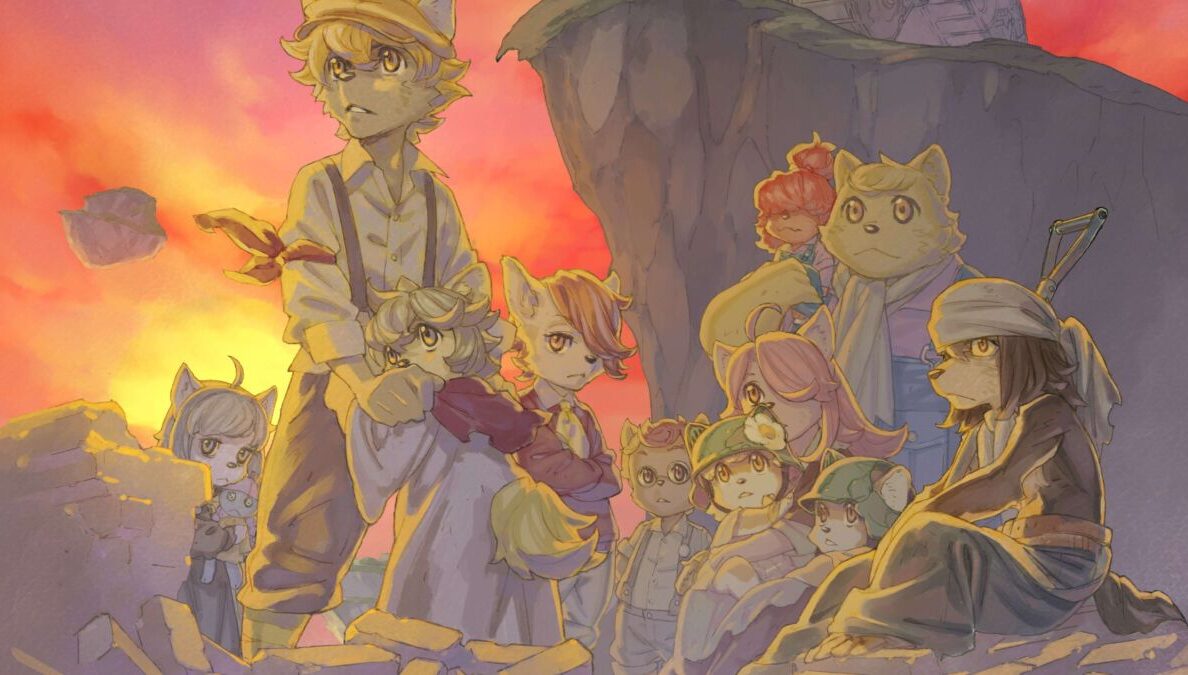 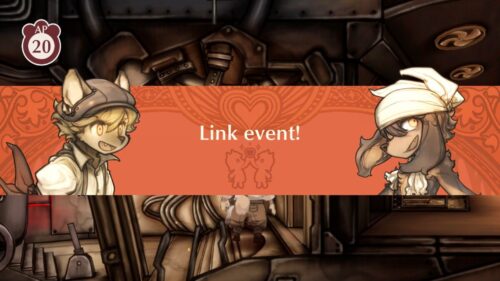 War is hell: a point that many games drive home. Games such as The Banner Saga put themes such as loss and the visceral horrors of the battlefield front and center, creating compelling narratives that hit an emotional note. Fuga: Melodies of Steel by CyberConnect2 puts this idea in a different perspective by placing you in the role of wayward children displaced by war.

Malt, Hannah and the rest of their anthropomorphic animal friends wake up in the middle of the night to a horrific assault on their home. No one believed the armies of the Berman Empire would attack their small countryside hometown. After evading the gaze of the enemy army and finding one another, they are guided by a mysterious voice that leads them into a forbidden area where they find their small towns’ best-kept secret. It’s a giant tank called the Taranis, built by an ancient civilization, which the gang activates to fight off the Berman dogs and save their families from a cruel fate.

Right from the start, Fuga drops you into the frontlines. It feels like a strategy RPG on rails as your behemoth tank tears through the battlefield, stopping only at towns and to fight off enemies. Battles are turn-based, with each child pilot manning one of three armaments. You can also track the turn order at the top of the screen, as to always be one step ahead of your enemies.

The three weapons the children can use are the machine gun, grenade launcher and cannon. Each enemy you’ll encounter will be weak to one type of weapon, or a combination of them, that pushes them back in the turn order if they take damage from those sources. Everyone can also level up individually to learn extra skills of their own, such as powerful attacks or healing skills.

The Taranis also carries a secret weapon called the Soul Cannon, which can destroy any and all enemies in the current fight in exchange for a willing sacrifice. This is important, as combat isn’t the only trial they’ll have to face on the way to save their families.

Along the warpath, the children must make the most out of their new life to keep their spirits up, along with the spirits of the kids you’ll befriend on the way. Much like combat, the path your tank treads will be visible at the top of the screen and will help guide them to their next destination. Icons representing enemies, healing, intermissions and collectible items will litter the Taranis’ path. When the road forks, it’s up to you to choose the preferred path to travel down with more dangerous routes offering better rewards for those brave enough to face it down.

Keeping up morale among the crew is important and intermissions are when you’ll get a peek at life within the giant tank. You’ll be able to take control of any character you wish to explore the Taranis and interact with the crew. You’ll also be given a journal that shows the current ‘wish’ of each member of your crew, which will brighten their mood upon completion. These tasks range from things as simple as talking to another kid aboard the tank, to using one of the many systems offered within it.

The Taranis is less of a tank and more of a moving fortress. Within it lies everything from dormitories to a farm, offering a ton of ways to customize your experience and upgrade your weapons and armor. You’re also able to set off on fun side-scrolling dungeon runs, which, while fun, offer little more than a way to get extra items. Every activity will cause characters to grow bonds with one another, however, unlocking fun dialogue unique to whatever pair of kids is talking and special combo attacks when paired up with that child when on the battlefield. These bonds can grow deep and offer extra bonuses in combat as well, such as passive resistances or buffs when teamed up with their best friends.

This social element gives weight to using the Soul Cannon, as once a child is gone, there’s no way to get them back. If they leave friends behind, they can become prone to depression, affecting their performance in combat. This means you’ll want to keep strong ties between as many individual crew members as possible to make sure they can cheer one another up if someone needs to make the ultimate sacrifice. Your ending will also change depending on if you reach the end with all of the children alive or not, which can add replayability if not everyone makes it.

This is all backed up by some fantastic hand-drawn visuals and a dramatic soundtrack that fits the mood of Fuga: Melodies of Steel well. There are also plenty of Japanese-voiced cutscenes to keep you engaged in the unfolding storyline of the children against the evil Berman empire. It all comes together to create a fun and dramatic anime story akin to a light Persona experience that keeps a good balance between the combat and drama.

While Fuga: Melodies of Steel is a fun and engaging game, it suffers from a few nitpicks that stifle the experience. Later in the game, intermissions can feel less like fun team-building exercises and more like checking off boxes on a list as your crew grows and your journal populates. Since the journal system ties into the other systems on the Taranis and each intermission only allows for a limited amount of actions, a large crew can feel impersonal and tedious to manage.

Combat can also become a bit formulaic as you learn to balance its systems. Crew members can be buffed up and have their moods elevated to a Hero Mode where they have access to powerful passive effects, then banked for later use in the encounter. This allows you to save up strong crewmates and big attacks to wipe out nearly every mildly challenging enemy with ease, except for bosses at the end of the stage. It makes fighting a bit deflating if you figure it out on your first playthrough, especially since you’ll always have an abundance of healing items if you can conquer the occasional dangerous path or extra dungeon.

Fuga: Melodies of Steel is an enjoyable strategy/RPG experience. Each character has a fun and unique personality that evolves as their relationships grow, which comes full circle as they aid one another on the battlefield. This feeling is also felt in the side content such as delving into side-scrolling mini-dungeons, cooking a meal for the crew, and other activities, which grant various combat and social benefits as well, making everything you can engage in feel rewarding. While the JRPG aesthetic may not be for everyone, Fuga: Melodies of Steel proves to be a fun take on the strategy RPG, especially when backed up by its dramatic and heartfelt narrative. 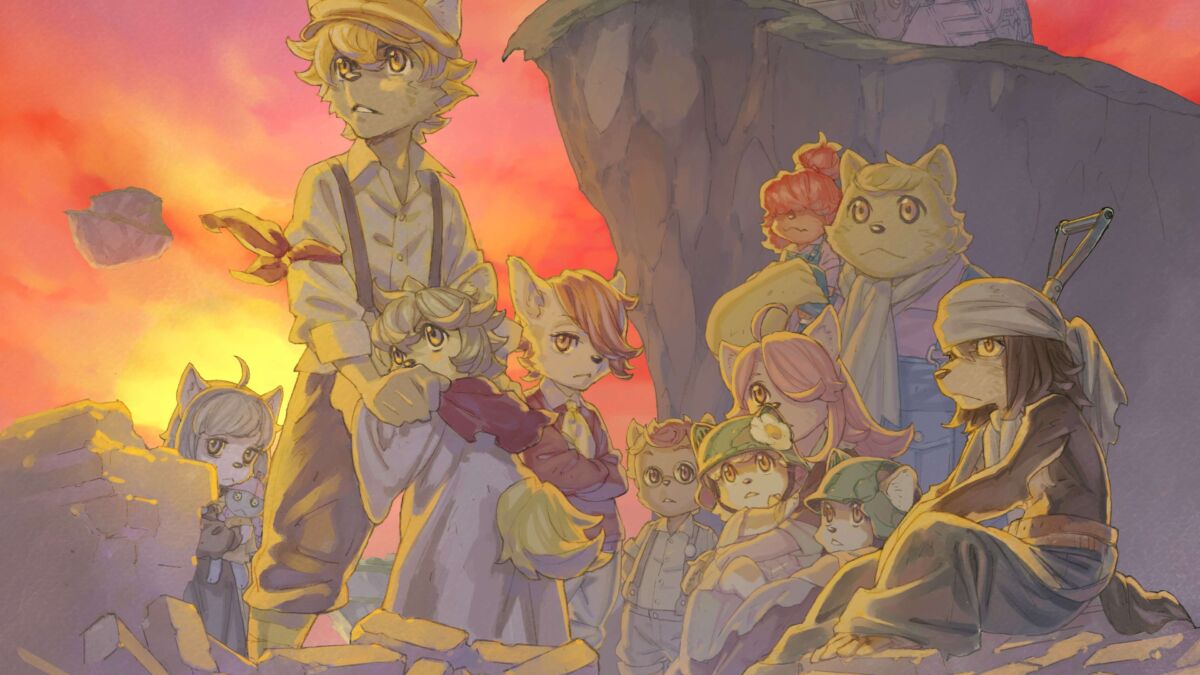 Verdict
Fuga: Melodies of Steel is a deep strategy-focused JRPG with a dramatic wartime narrative that is sure to hook fans of the genre.
8.5
Cultured Vultures is a pop culture website established in 2013 covering all things gaming, movies, and more. We eat your words.
All The News On The Biggest Games