Fortnite’s Ikonik Skin Is Being Removed From Some Accounts

If you bought Ikonik from a seller, its days in your locker may soon be up. 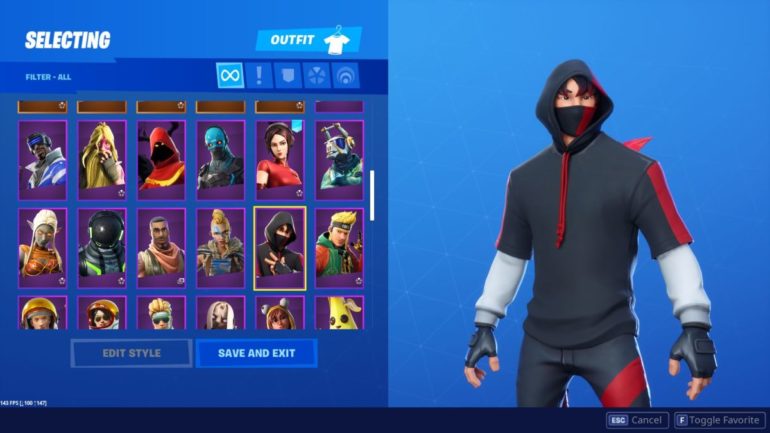 One of the most exclusive skins in Fortnite, Ikonik, is being recalled from the accounts of those who did not acquire the skin by “legitimate” means.

Ikonik is a Samsung Galaxy exclusive skin inspired by K-Pop, meaning that you would have to own a specific Galaxy phone to get it for free. Only available for a limited time, many Fortnite players were able to get the skin through other methods, including buying it at high markups from certain sellers — how these sellers came across these skins has always been a very grey area.

Now it seems that Epic Games are taking action on those who didn’t acquire the skin through the normal channels with some Ikonik owners being informed that it has been removed from their account.

Double check to make sure you still have iKonik! pic.twitter.com/026Vcvmpvl

Twitter is aflood with players whose Ikonik skins are being deleted from their accounts, with a lot of them being purchased from notorious sellers. Those who haven’t had the skin taken from their account are concerned that it may happen to them, even if they unlocked it the right way.

Always knew @TJCobain was a huge as scam for fortnite skins.#Ikonik is being revoked from those who bought it thru him i heard. Never “buy” trashy exclusive skins. They dont make u look cooler. Lol
Except for Royal Bomber that one was good… lol

Ikonik is the second Samsung promotion skin, the first being the very creatively named Galaxy and the third being GLOW. There are currently rumours of a fourth crossover skin in the works.

I remember at the time of Ikonik’s release a rampant amount of Fortnite fans being oddly thirsty for the skin, even hearing of some attempting to use devices in phone stores to try and get it added to their accounts. There’s a lot of demand for rare skins in Fortnite, leading some to take to eBay and all the murky trades that come with it.

Ikonik is definitely one of the nicest skins in Fortnite, but is it worth paying through the nose for? No. No skin in any game is.

We reached out to Epic and will update this if we get a response.