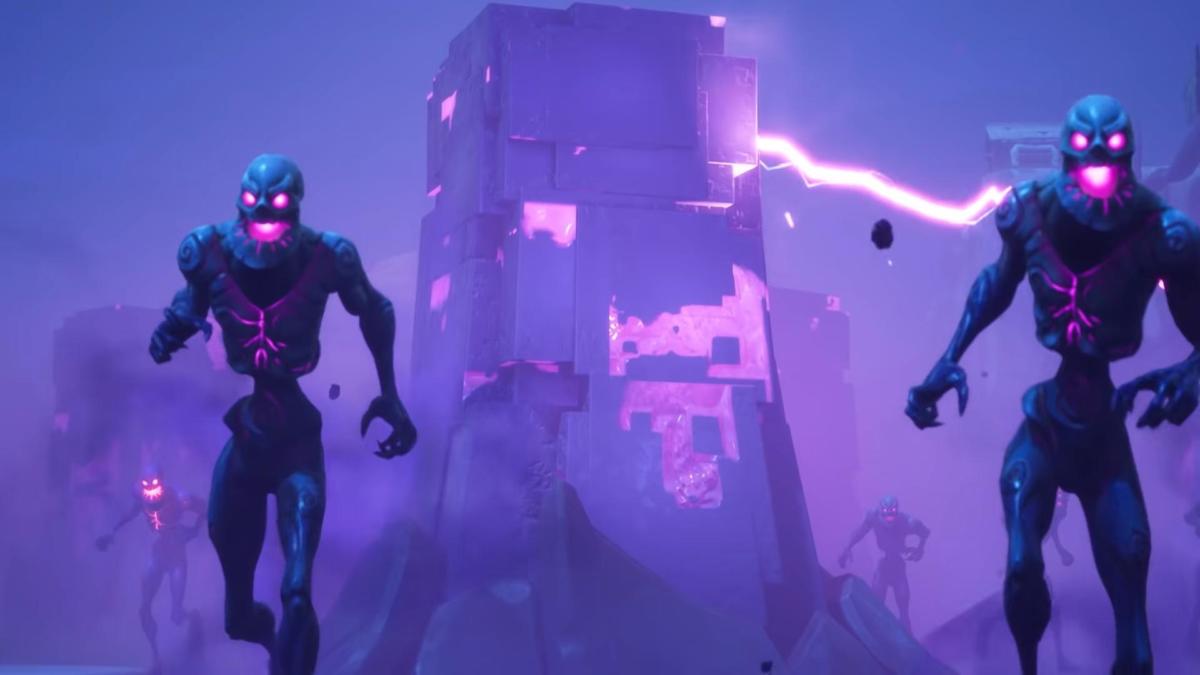 With the game currently in downtime, Epic Games have released a trailer for Fortnitemares — its Halloween event — that suggests that we will be seeing zombies make their way into Fortnite Battle Royale.

In the trailer, zombies, known as husks in the Fortnite universe (namely in Save the World) arrive from the sky in those damn mysterious runes randomly after a firefight, meaning that Fortnite will be a PVPVE game for Halloween, which I am all for.

It’s worth mentioning, however, that these zombies look significantly different to the ones found in Save the World. They’re glowing in some purple areas and are fairly stone-like, whereas Save the World’s husks are grey and fairly cartoony. Known as Cube Fiends and Brutes, these creatures will grant the player shield for each confirmed kill and also have a chance to drop loot.

We won’t have long to wait to take on the undead hordes, which seem to have been transported into the game to coincide with the cube’s wacky effects on Fortnite island. Fortnitemares kicks off from today until November 26th, which gives you more than enough to get through your Fortnitemares challenges.