Home
Gaming
Fortnite Season X Boogie Down: Dance In Front Of A Bat Statue, In A Way Above-Ground Pool, And On A Seat For Giants
Gaming Tips & Guides
·3 min read

Fortnite Season X Boogie Down: Dance In Front Of A Bat Statue, In A Way Above-Ground Pool, And On A Seat For Giants 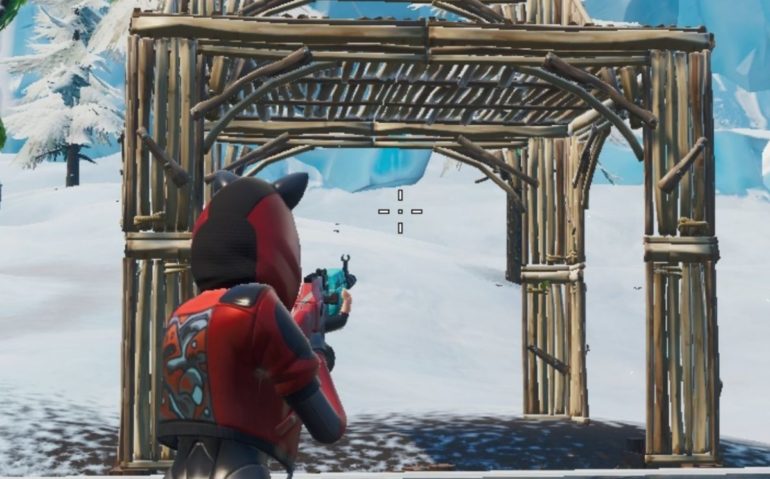 Fortnite Season X, Week 6 has landed and with it comes the ‘Boogie Down’ mission. The Boogie Down has a dance related theme, mostly consisting of varied challenges that require you to dance in certain locations. Overall, it’s a rather interesting mission that marks the halfway point of Season X.

This article focuses on both the normal and prestige versions of dancing in front of a Bat Statue, a Way Above-Ground pool and a Seat For Giants. This challenges acts similarly to the typical ‘three landmark’ treasure hunt challenge, but instead of finding the treasure between all three landmarks, you just need to visit each landmark and dance.

Below is a map with all three landmarks circled.

Map Of The Bat Statue, Way Above-Ground Pool And Seat For Giants 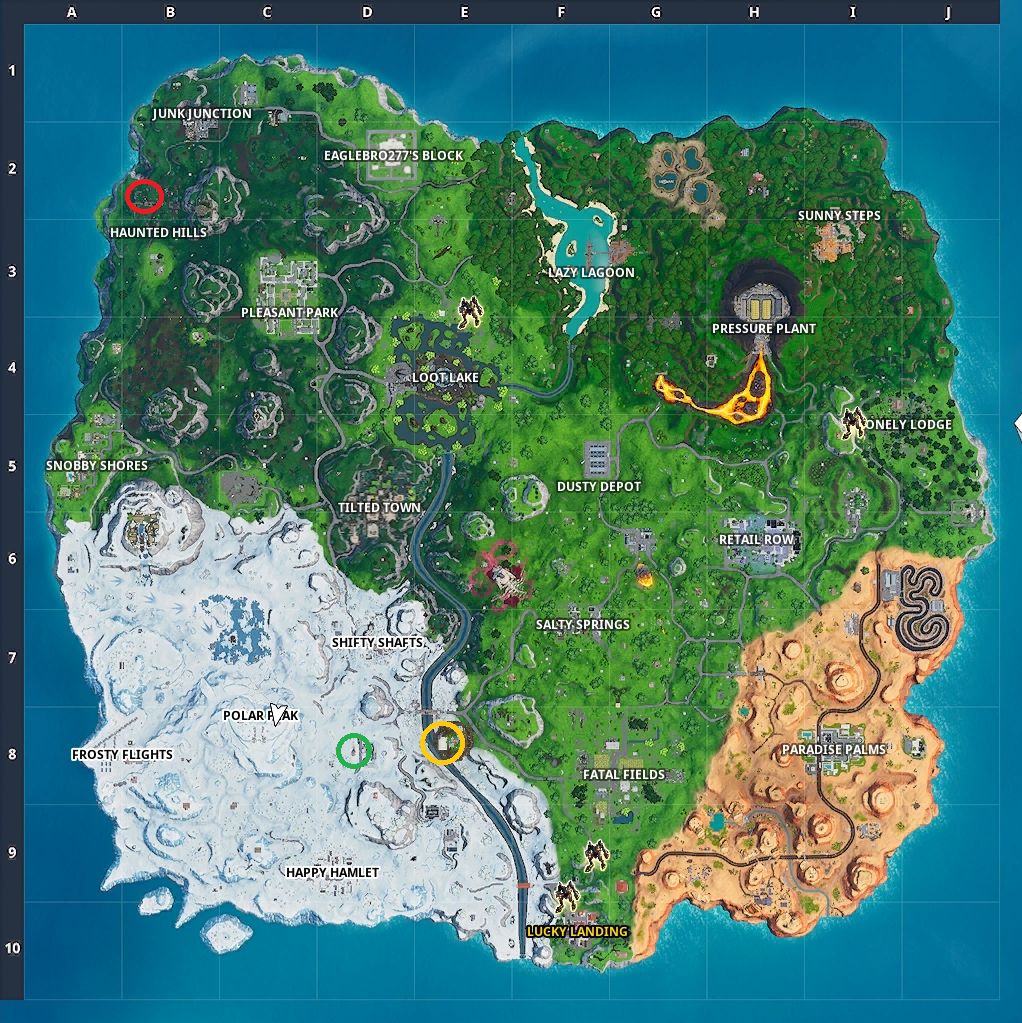 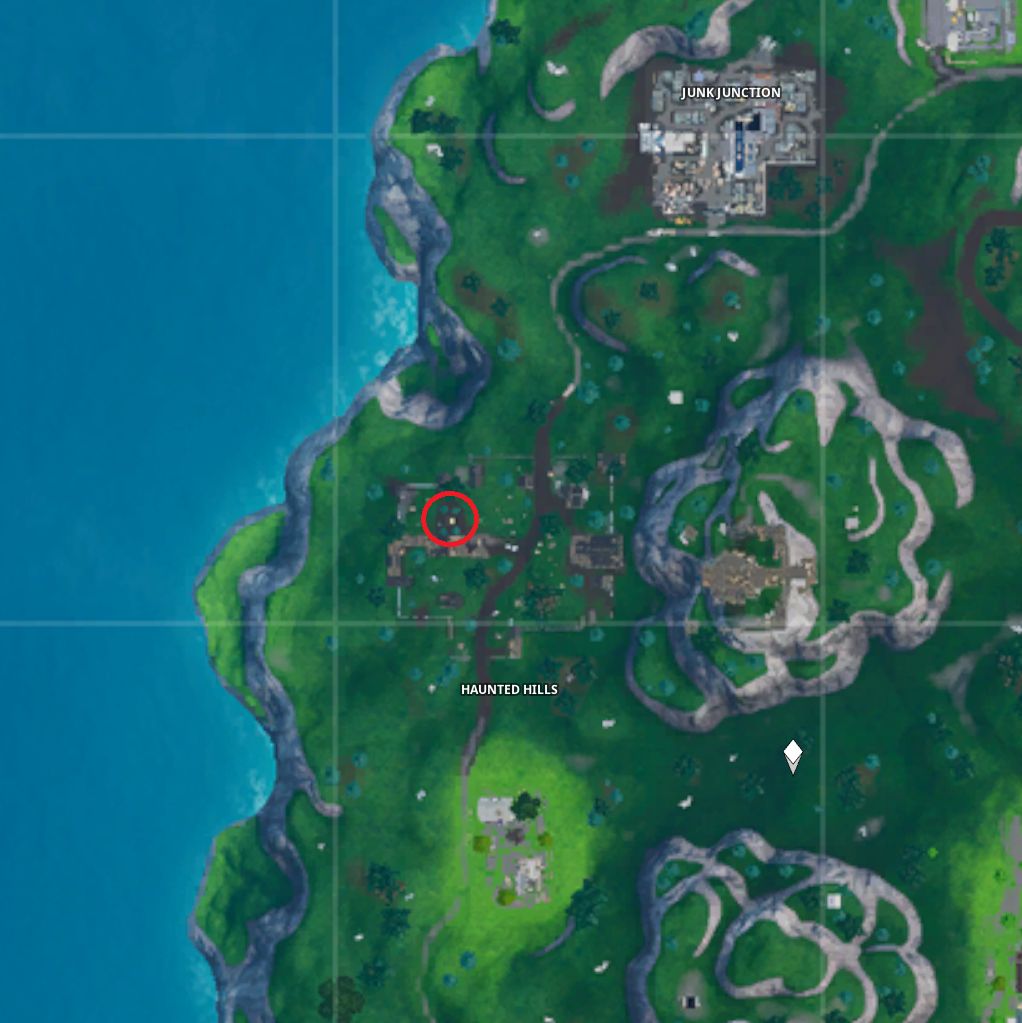 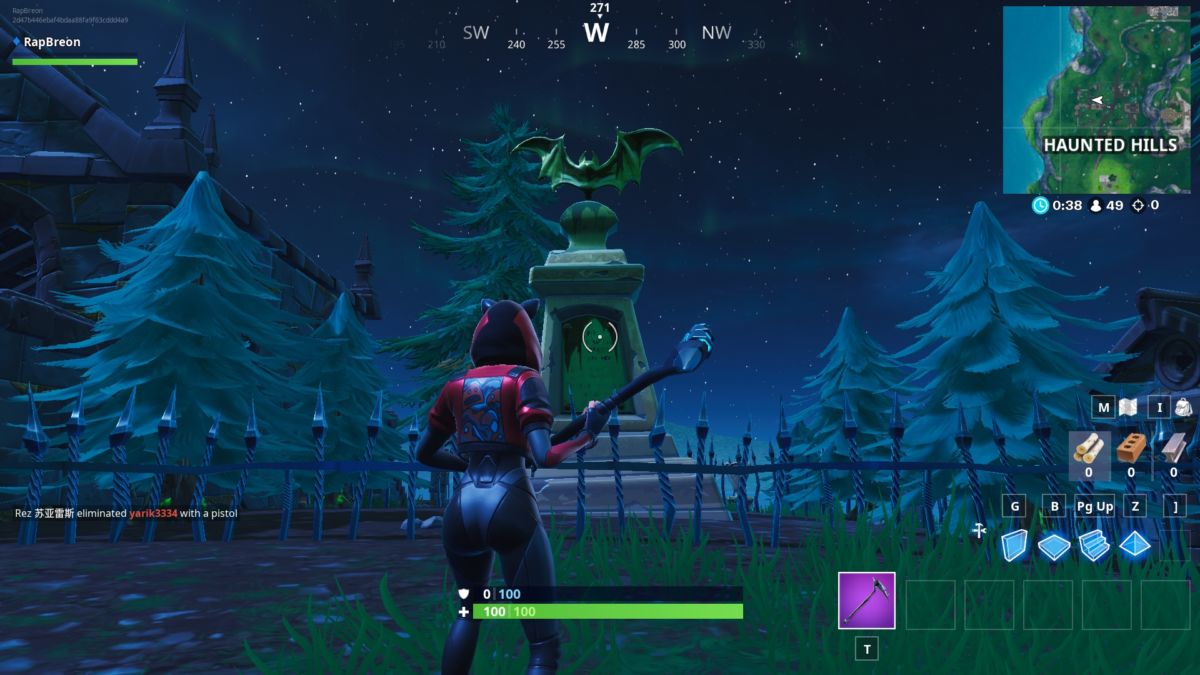 The Bat Statue (circled in red) is located in Haunted Hills. In the northwestern corner of Haunted Hills is a small broken down castle with a large imposing tombstone. Atop this tombstone is a large bat sculpture. There is also one on the steps at the front. B2 on the main map’s grid. 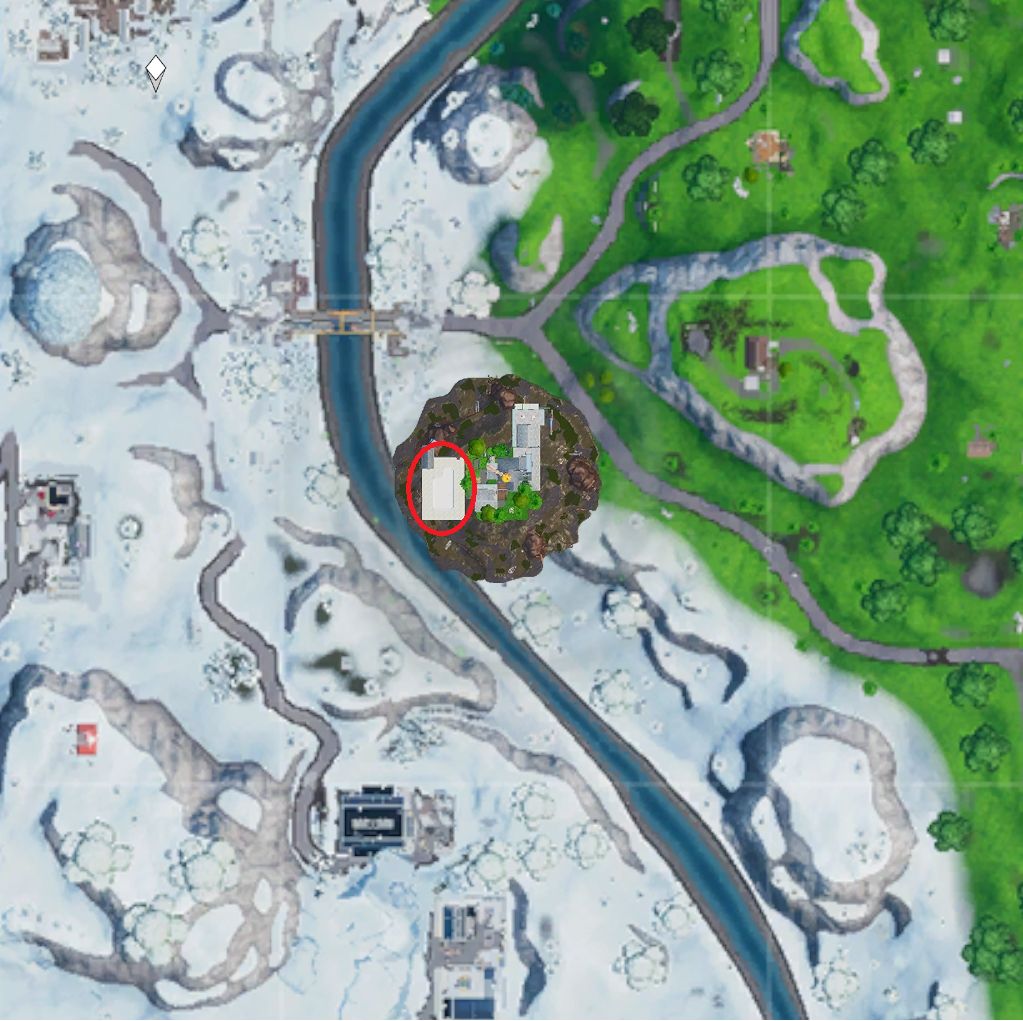 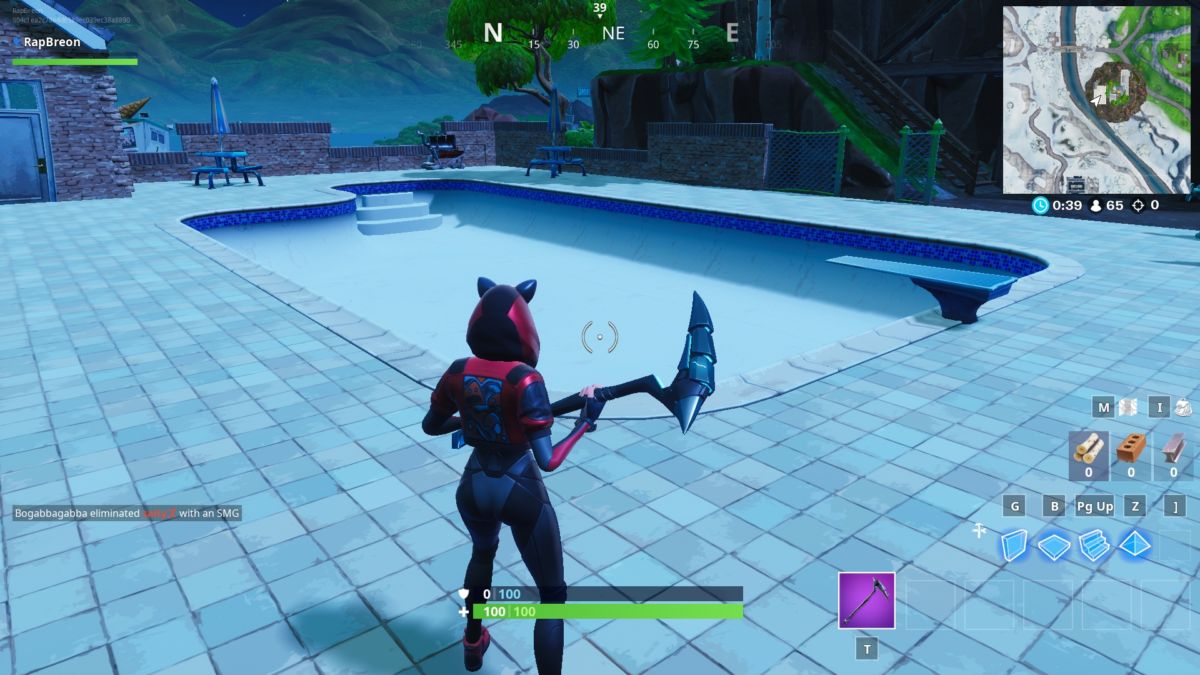 The Way Above-Ground Pool (circled in yellow) is a relatively new addition to the map, which was introduced when the floating island made a return along with a few changes. The floating island is located east of Polar Peak and west of Fatal Fields and is quite difficult to miss. If you missed landing up here, don’t fret, there is a wind tunnel that envelops the underside of the island, allowing you to fly up here with little trouble. The pool is located on the east side of the island and occupies almost that entire side alone. E8 on the main map’s grid as of September 5th, but beware that it may roam around the island for the rest of the season. 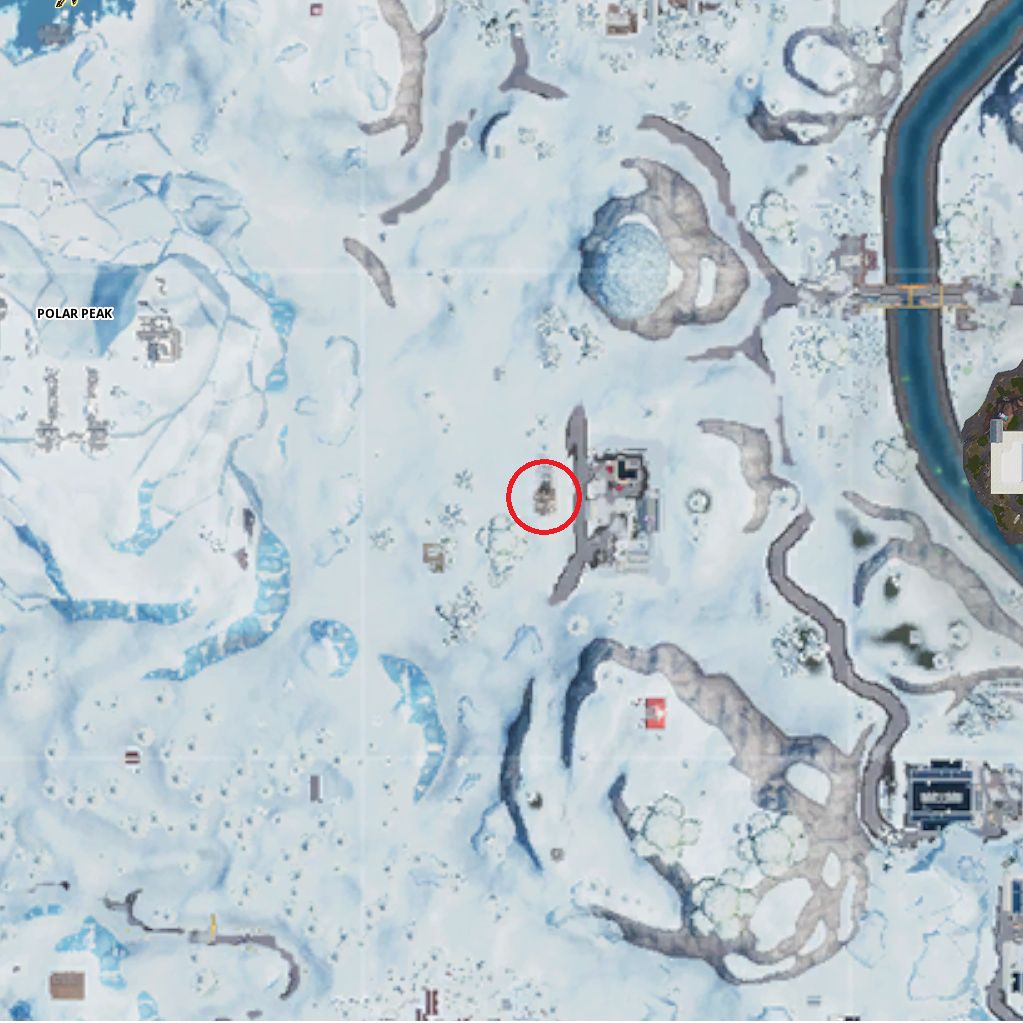 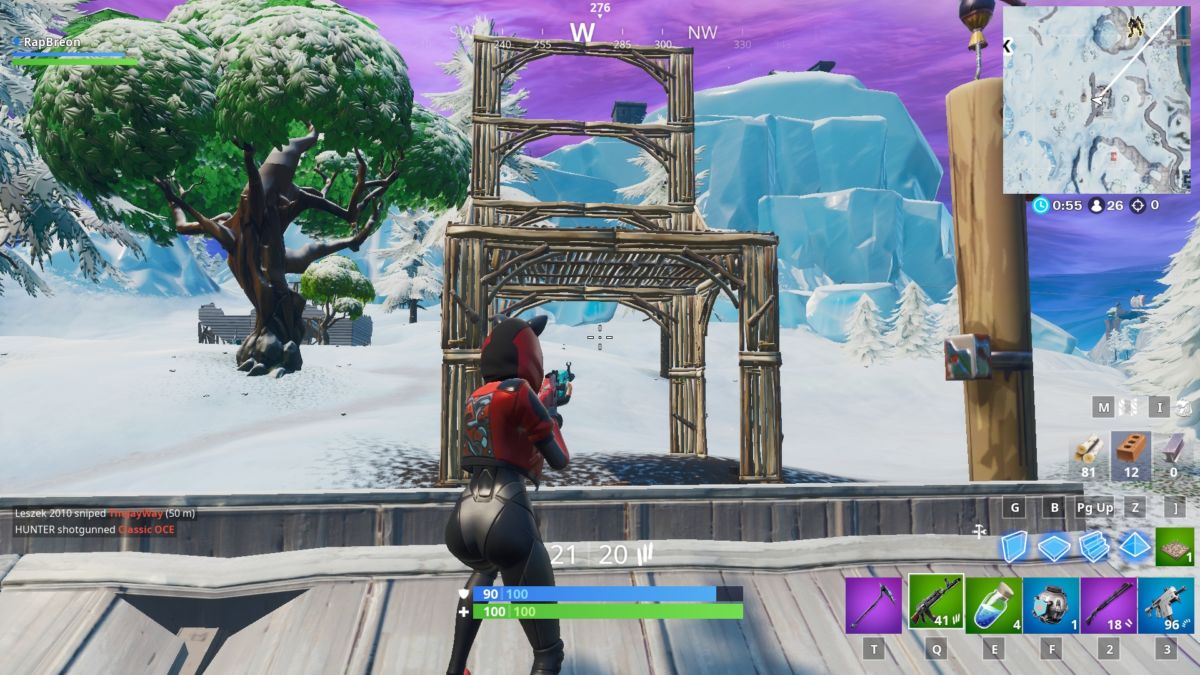 The Seat For Giants (circled in green), is a very long standing landmark, existing well before Fortnite’s seasons really took off. East of Polar Peak and west of the floating island is a small unnamed down that has a highway running beside it. On the west side of this highway is an enormous wooden chair that only a giant could sit in. You’ll find it at D8 on the main map’s grid.

Once you’ve danced at all three locations (in any order over as many matches as you please), you will have completed the challenge.

The best option is to acquire a B.R.U.T.E if possible, as it will basically guarantee your safety while you visit each landmark. Failing that acquiring any other vehicle, such as a Driftboard is a good alternative. So we recommend landing at a place that you know can spawn vehicles.

If you’re willing to take a risk though, there is a path you can take that is a little safer than the rest. If you land at the Seat for Giants, then head to the Above-Ground Pool, you can use the natural glider deployment from the floating island to get about halfway to Haunted Hills. This will let you bypass quite a bit of the on foot run, which is good as it leaves you less vulnerable.