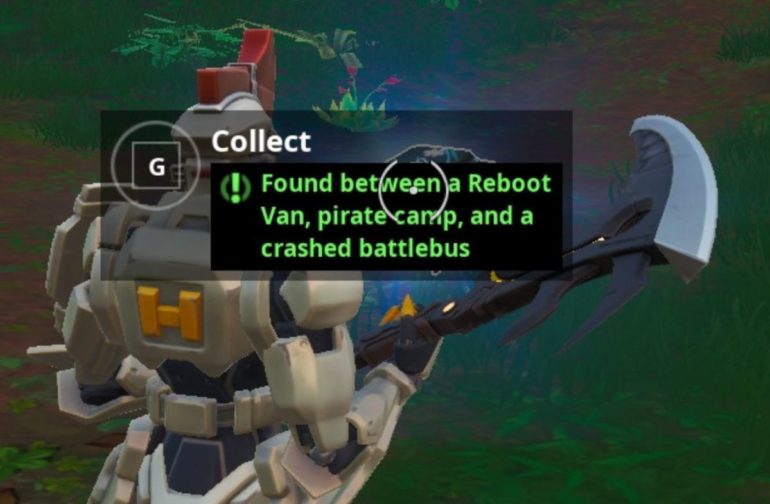 Epic has made an effort to increase player retention come Season 9 and part of this is the implementation of a new system called ‘Fortbytes’. The Fortbyte system is an interesting blend of regular weekly challenges mixed with a ‘collectibles’ style scavenger hunt. There are 100 Fortbytes in total and one is released every 24 hours. Each Fortbyte has instructions on where and how you can find it, but some are a bit more difficult to track down that others. This article focuses on Fortbyte #47, which is very reminiscent of the older ‘three landmark’ style treasure hunt challenges that littered earlier seasons. 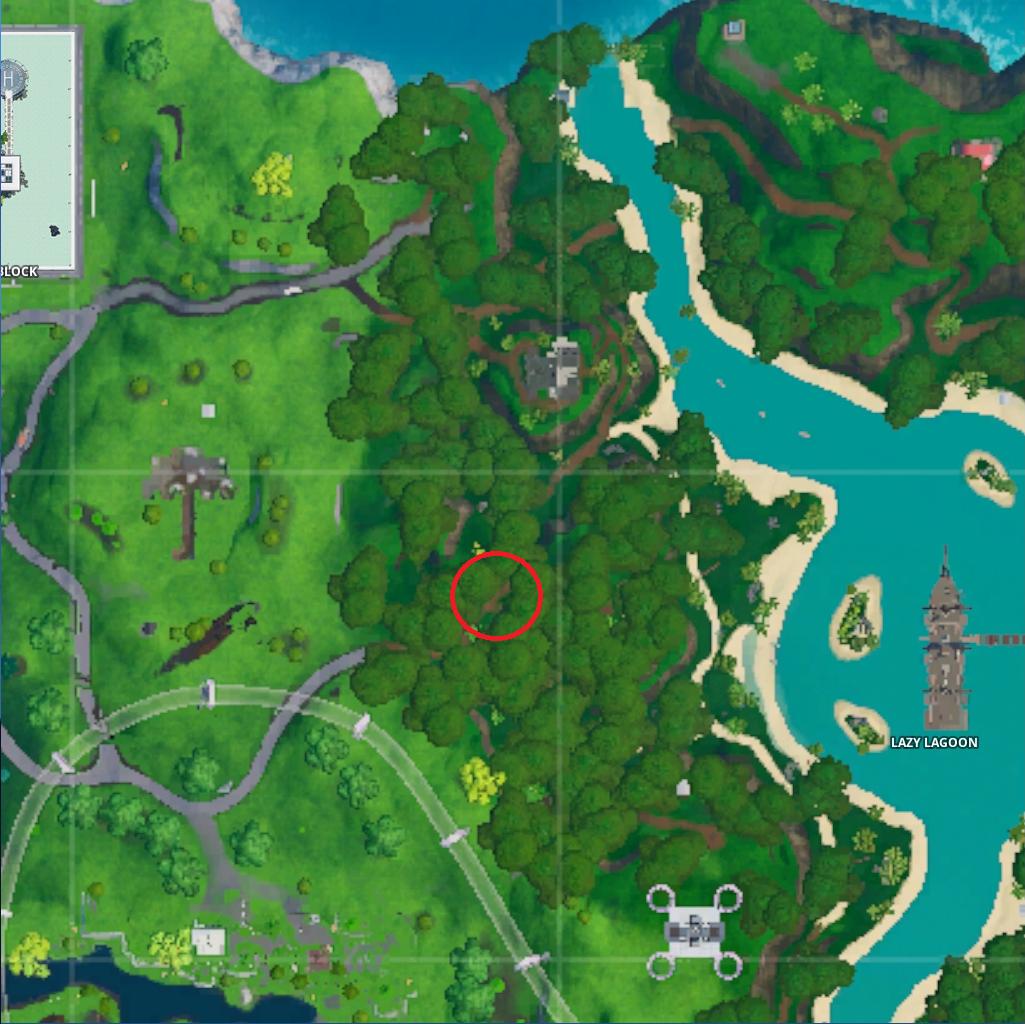 Fortbyte #47 is a little trickier than most of the ‘scavenger hunt’ style Fortbytes so far, but you’ll ultimately find it just west of Lazy Lagoon, circled red on the above map. More specifically, you can find the Fortbyte lying on an intersecting ‘dirt road’. There will be a Pirate Camp to its north, a Reboot Van to its East and a Battle Bus to its West, roughly equidistant from all three. Located at E3 on the main map’s grid. 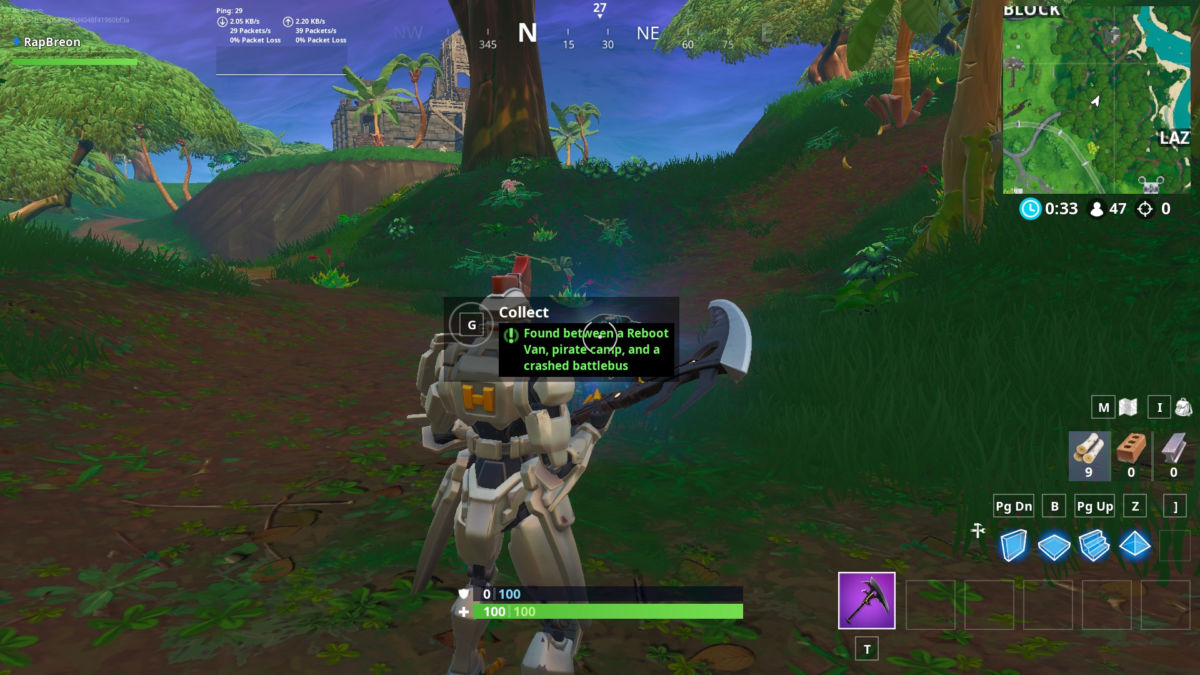 Once you head to the spot between them, there is no special requirements, just interact with it and you’re finished. The challenge with this Fortbyte is simply locating it. Interestingly, Epic reintroducing a very, very similar version of the old ‘triangulation’ treasure hunt could bode well for more of these later down the line. Epic moving the more interesting (and involved) challenges onto the Fortbyte system and keep the weekly system as formulaic as possible, might be their preferred way forward.

We have a masterlist of all the Fortbytes, with accompanying guides for those that require a bit more effort to locate.