Fortnite Season 8: Where To Find The Carnage & Venom Symbiote Mythics

Let there be new items. 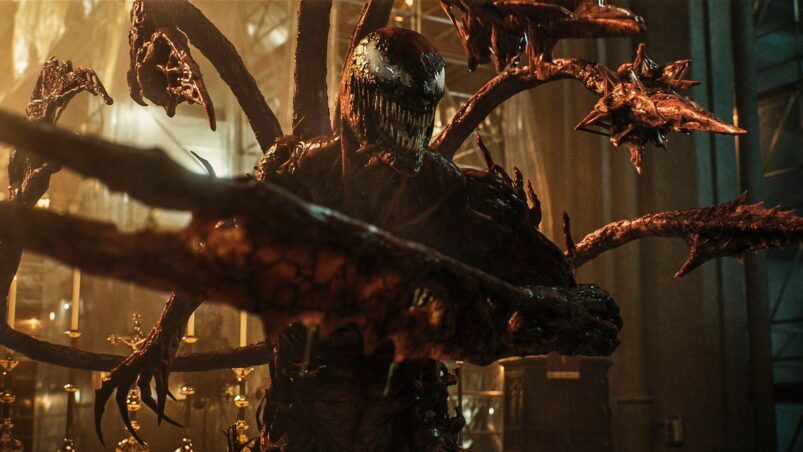 If you thought that not a lot had changed at the start of Fortnite: Season 8, Epic has just shadow-dropped the Carnage and Venom Symbiote Mythic abilities onto the map.

The Venom Mythic is actually making its return in Season 8 after having been in Season 4, but the Carnage Mythic is brand new — kind of. They work very similarly to each other, but both are similarly overpowered too.

Here’s everything you ought to know about the Carnage and Venom symbiote Mythics in Fortnite: Season 8.

The Venom and Carnage Symbiote Mythics can both be found centrally on the map at different locations depending on the match as they randomly spawn and do not have a set spawn. However, they do often seem to be around Risky Reels more often than not.

You can even see them on your map, the symbiotes themselves visible for everyone to see. If you remember the Brutes from Season X, it’s a similar system, and they will appear on both your map and mini-map when the first circle starts to close.

To then get the Mythics, you simply have to extract them from a canister and they will be added to your inventory.

Bear in mind that both of the Mythics spawn near each other, so someone may be on their way to grab you too.

As for how to use the Carnage and Venom Symbiote Mythics, they’re both items that are primarily used to do 60 damage to players and also tear through builds. You can yoink players behind wooden walls quite easily with the Mythics, though you do have a ten second cooldown.

As well as letting you grab other players, the Carnage and Venom Symbiote Mythics also give you a small speed boost when equipped, but they don’t protect you from fall damage, but luckily you do have glider re-deploy.

This collaboration is to coincide with the release of Venom: Let There Be Carnage, the second Venom movie that’s due to come out this October. It’s the first major crossover this season, but it’s very unlikely to be the last.