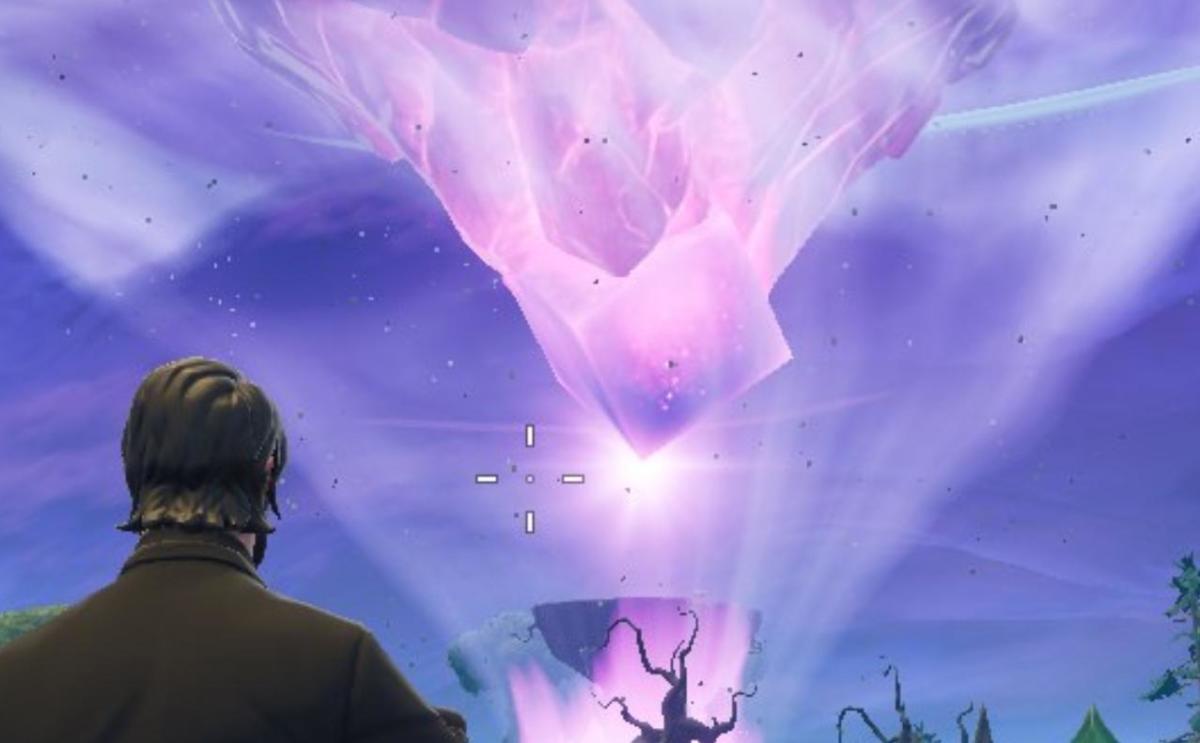 With Week 2 of Fortnite Season 6 hot off the presses, Epic has shown us they’re committed to more than just weekly challenges to keep the game fresh. This season Epic has hinted that they’re going to be altering the map each week to form a kind of ‘latent narrative’ as the season progresses. Put differently, they’re showing the passing of time by changing the map up each week.

There are three major changes that I’ve identified this week. The first is the floating island is capable of relocating itself around the map, the second is one of the Corrupted Areas appears to have ‘activated’ and finally, Loot Lake is now permanently a giant whirlpool. 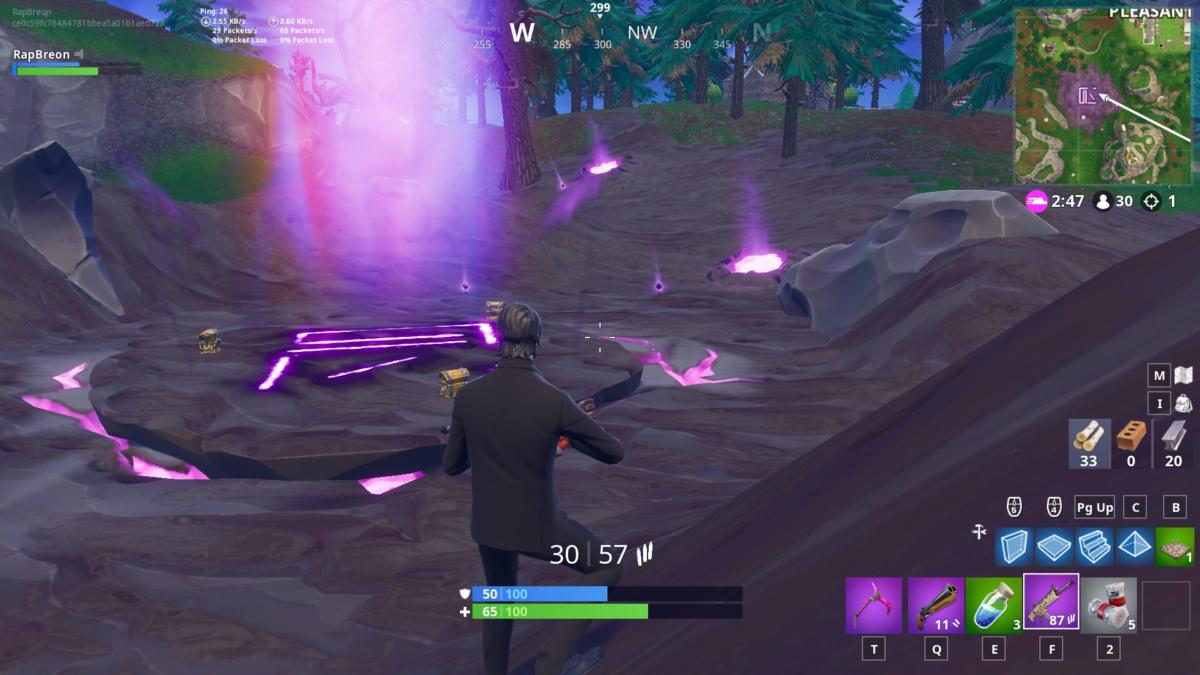 The Corrupted Areas are capable of ‘activating’. One of these Corrupted Areas (or multiple in later weeks) will have the rune at its centre light up, projecting a massive column of purple light into the air. This in turn activates the purple circles littered around the immediate vicinity, causing them to act like blue jump pads, flinging you a moderate distance into the air and giving you immunity to fall damage. It remains to be seen if the effects of being activated will get stronger as we progress through the season or more areas will be simultaneously affected.

If you’re looking for where the Corrupted Areas are located and how they’ve changed from Week 1, you can check out our short guide here. 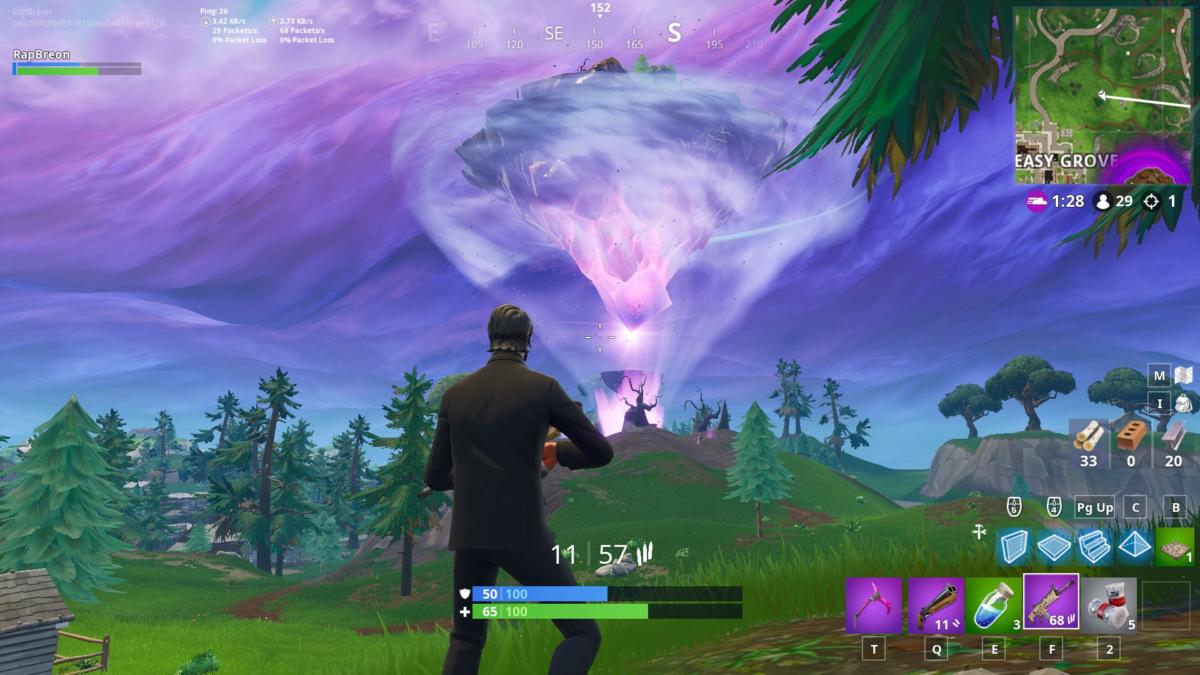 This is the most notable change of the week by far. Not only has the island proved itself to be mobile, but it has also affected the Corrupted Area it’s above substantially. The island moving above a Corrupted Area has all the same effects as an ‘activated’ Corrupted Area that was described above, but it also rips the rune off the ground, forcing the chests into the air. Additionally, it brings the giant whirlwind with it, turning this area near Greasy Grove into one of the best landing locations for the week. As like last week when it was parked above Loot Lake, it brings with it a substantial amount of loot, an incredible vantage point and the whirlwind which provides unmatched map mobility. So its first trip has been to a Corrupted Area. Therefore, these areas may act an ‘anchor points for the island, or maybe not, we’ll in coming weeks what the island has in store for us. 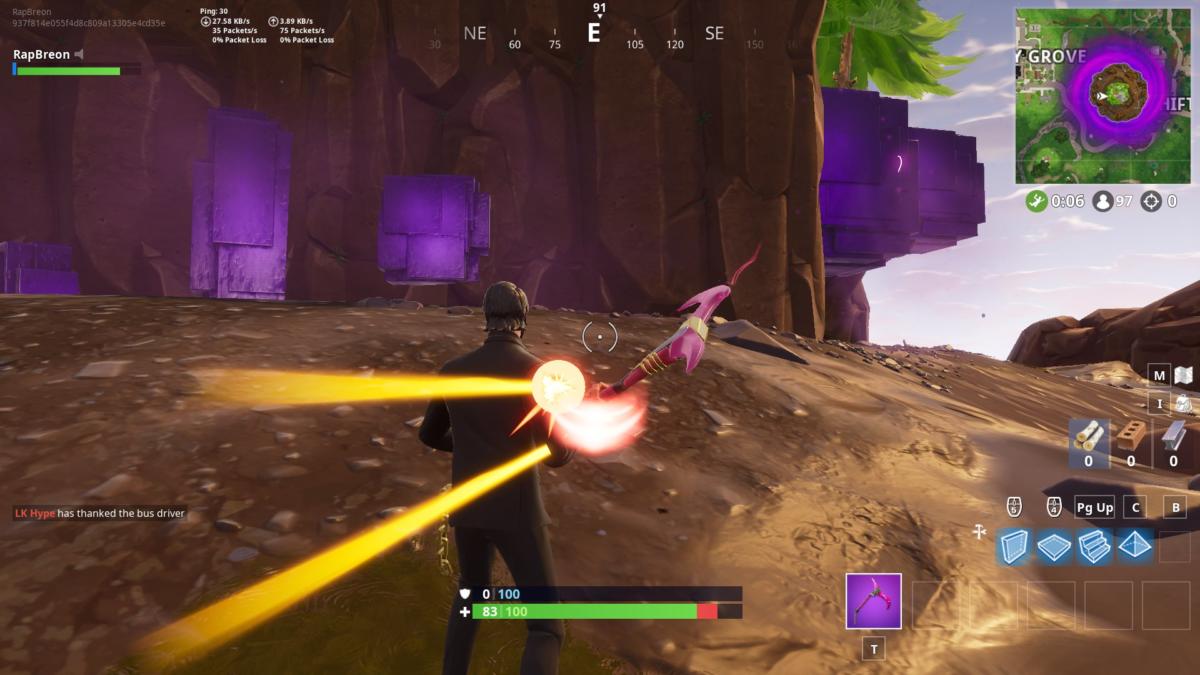 One other point of interest is the island itself seems to be undergoing a transformation of some kind, developing purple, mineral looking, cube shaped growths on it. It may be drawing power from the runes (as the purple crystal at the bottom of the island matches up with the runes design wise) to aid in some kind of transformation. Regardless, something appears to be happening to the island and I’m sure we’ll find out what that is exactly in the coming weeks. 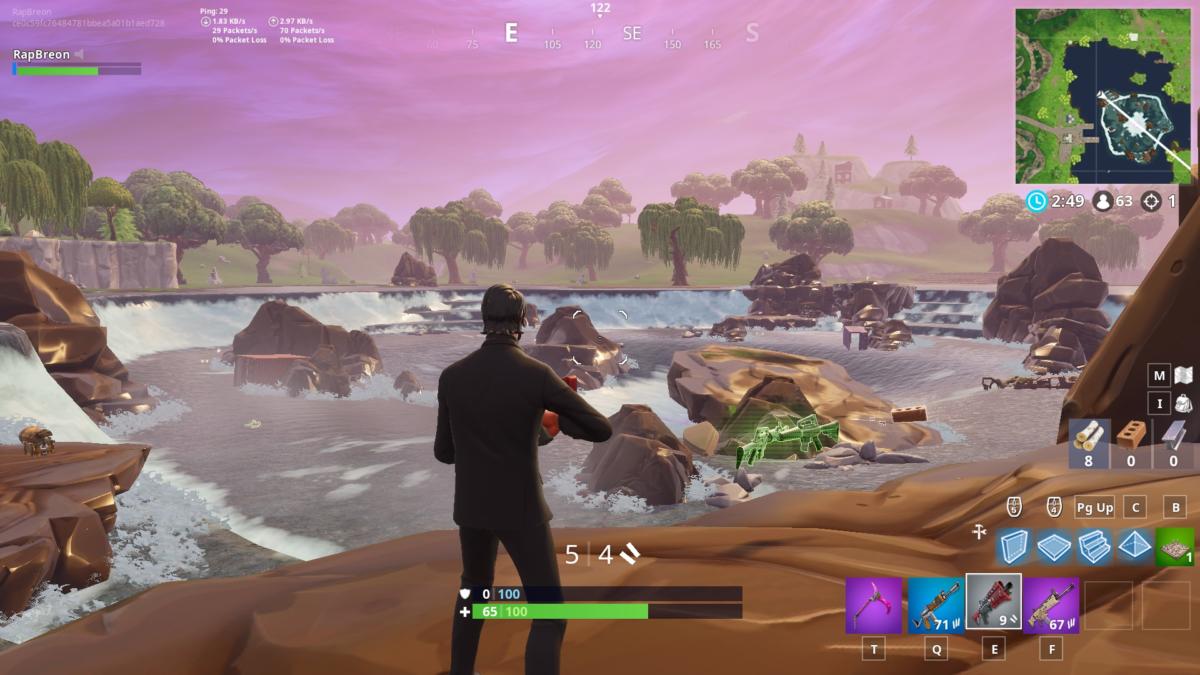 This is Loot Lake’s fate; a whirlpool that feeds into endless nothingness, while simultaneously never running out of water. While it was like this last week, the island above it still kept some resemblance of its pre-Season 6 self. With the island gone, the giant whirlwind that propelled you into the sky went with it, taking it from one of the best landing spots in the game to a sad little lake with some loot strewn about.

It’s now quite a poor landing location as the loot doesn’t spawn in large enough quantities and escaping the lake itself means treading through the waist deep water, morphing it into a death trap. Interestingly, if you jump into the centre of the whirlpool – instead of dying – you’ll be catapulted out at a moderate speed like a blue quality jump pad. Not enough to escape the lake entirely, mind you. Finally, you’ll notice that it is no longer marked as Loot Lake on the map. Rest in peace, Loot Lake.

That’s all I’ve managed to find in the short the time patch has been out, but it certainly looks like Epic is attempting to set something up as the season progresses. Or maybe they’re just trying to keep the game from getting stale by constantly changing things up, who knows.