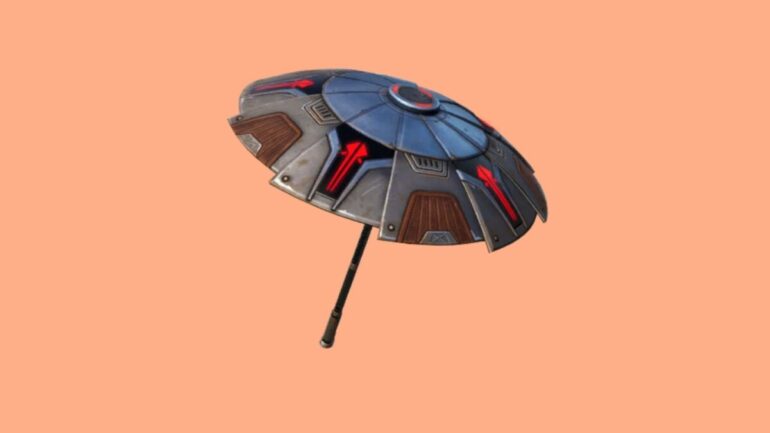 NOTE: not to be confused with the Fortnite: Chapter 3 – Season 1 Victory Umbrella, which is more based on The Visitor.

Fortnite is a game with a lot of traditions, but one that remains always consistent is the Victory Umbrella. For Chapter 2 – Season 6, Epic are keeping that going with the newest Umbrella, which goes by the name of Foundational ‘Brella.

There’s a lot to like about the Victory Umbrella for Season 6, it keeping the nice metallic touches from previous seasons. It also has glyphs on it, which is interesting — is this hinting at some kind of ancient language? Or is it something to do with The Seven? Judging from the name, it’s inspired by The Foundation, who we saw in the crazy Season 6 event.

Victory Umbrellas are one of the best ways that Fortnite can bring lapsed players back each season. Even those who only play casually like to collect their Victory Umbrella each season, and no doubt many more will be doing just that during Season 6.

As has been the case since the very start of Battle Royale, you can unlock the Season 6 Victory Umbrella by winning a match in any of the core modes. This means Solo, Duos, or Squads. You cannot earn them in LTMs or Team Rumble.

Once you claim your first win, simply leave the match and then the unlock should pop up. Be sure to equip it in your locker to use it in-game.

While this used to be quite difficult for many players back in the day, the introduction of SBMM has levelled the playing field somewhat so that players of similar skill are paired against each other.