Fortnite League of Legends Vi Skin: Price, Release Date & What You Should Know 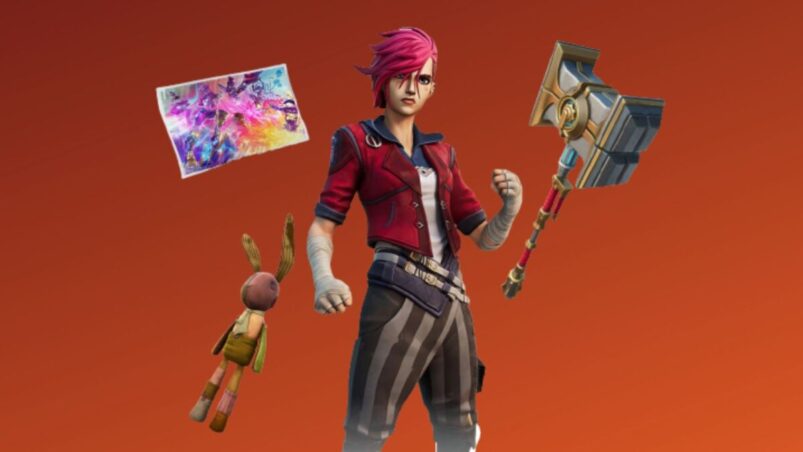 Following on from the release of Jinx late last year, another League of Legends character is getting their chance to shine as a Fortnite skin: Vi.

The sister of Jinx, Vi’s popularity as a character has boomed following the release of the series Arcane, in which she has a starring role. Known for having absolutely gigantic gauntlets and pink hair, along with her distinctive (and quite literal) face tattoos, Vi will fit right into Fortnite.

Here’s everything you ought to know about Vi in Fortnite, including how much she will cost, what’s in her set, and when she will release.

As mentioned, Vi (real name Violet) is the older sister of Jinx (real name Powder) and a main character in the Arcane Netflix series, who ends up in prison and eventually released to work as an Enforcer.

After Vi abandoned Jinx in her youth, she attempts to reconcile with her but to no avail.

Known for being quite the ant-authority brawler, Vi’s gauntlets pack a punch and she also has a VI (six) tattoo on her cheek.

Arcane Vi in Fortnite will cost 1500 V-Bucks, as that’s the same amount of V-Bucks that Jinx cost. It’s highly unlikely to be another figure. Here’s everything in Vi’s set:

Players will also be able buy a bundle of all of the Vi cosmetics, which will include a Back Bling, Pickaxe and Loading Screen, likely for extra V-Bucks.

Be sure to check out all nine episodes of Arcane on Netflix if you haven’t yet, with the first season nominated for nine Annie Awards and often being revered as one of the best video game adaptations of all time.