FORECLOSED (PS4) REVIEW – Shut It Down 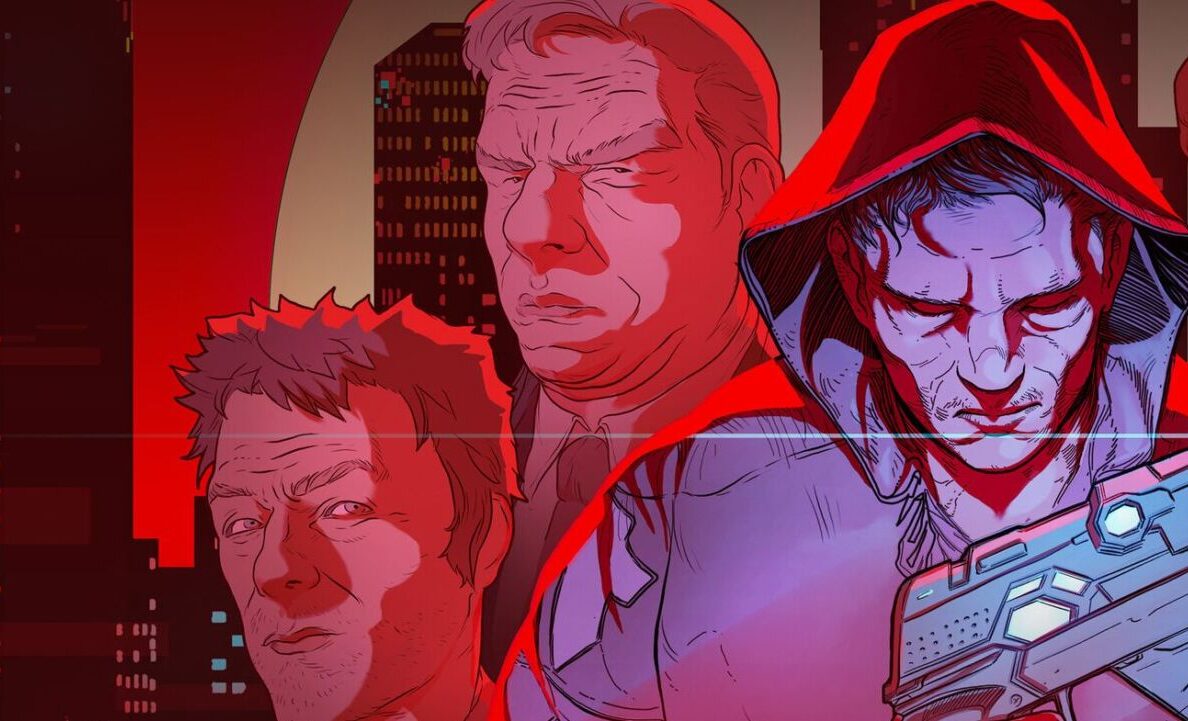 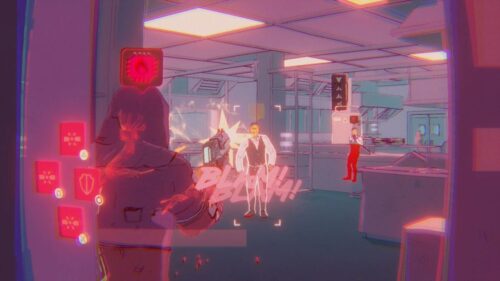 If a certain larger game from the cyberpunk subgenre didn’t do it for you, or if you’re looking to immerse yourself in a similar world with a smaller scale experience, then FORECLOSED may grab your attention. The trailer certainly hooked me with its visual style and the promise of a focused narrative-driven adventure that blended gunplay, stealth, hacking, and a little grit. But how much substance is behind the bright lights of the futuristic setting?

The story is simple but effective – and familiar for anyone who enjoys this type of fiction. FORECLOSED features a tale within a time limit where implants get used against you and shadowy organizations are always involved, with the rabbit holes for finding out who is really behind it all running quite deep. Players take on the role of Evan Kapnos as his stolen identity, as well as the tech inside his body, limits his freedoms and access to the city. Then the bullets start flying as rapidly as characters in FORECLOSED say the words “ID” and “blockchain.”

FORECLOSED is quick to get players into the action without a long build-up, using the opening moments to show off how some of the button prompts and sneaking sections work, then dropping a little more story before its hacking portions, and then finally allowing players to experience the meat of the game: the third-person shooting segments. Its pacing is brisk but still has a few moments where everything slows down, helping players to appreciate every new ability they get, making sure that unlocking new mechanics is meaningful. The moment Evan was finally able to use a gun felt freeing and powerful, but the action still kept me guarded as I proceeded between groups of assailants.

Things start out simple and clean, but as Evan gains experience points he can buy personal upgrades, weapon customizations, implant abilities that are important to the combat, and even some telekinetic powers along the way. Learning when to be stealthy and how to handle certain enemy types is key, but the combat is strategic. Making myself take cover was difficult at times when I was so close to wiping out the enemies, but playing with the different toys I was unlocking and trying new approaches often won the battle.

There are two different main types of stealth sections in FORECLOSED, one with the primary combat that flows well and is mostly optional, more there to assist the player, but the second setup murders Evan if he’s spotted once — it isn’t a fun way to die. I don’t mind sneaking segments, but I don’t need to redo multi-part sections over so many times because I slipped up once or the camera screwed me and had to start blasting. The gunplay can be smooth at times and there’s some serious satisfaction to be had when landing headshots, but a few enemies just take so many bullets to dispose of. Targeting enemies also felt extremely touchy, so you may want to play around with the sensitivity setting and the aim assist to get the controls feeling more responsive.

The hacking is minimalistic, mostly in small mini-game style interactions, but without taking the player out of the action too much. Some of these mechanics, like the camera hopping, will feel like they are straight out of Watch Dogs, while others just help lengthen the time on puzzles or feel like busywork. There’s nothing here that is bad, just simple tasks to perform under pressure, so the hacking never feels irritating.

There are some character interactions where Evan gets to ask questions, but some of the information feels repetitive and it’s easy to get stuck in a dialog loop. However, there are some engrossing moments as well, such as when a character said “don’t move” and if I didn’t comply, I was immediately gunned down. Instead, I had to slowly turn and hack the person’s implants to get the upper hand. This reiterated that the developers wanted a more story-driven game that players shouldn’t just attempt to blast their way through every scene, but these parts don’t take away from the overall enjoyment.

There were a couple of instances where I had to stop and try to figure out what the game wanted me to do, because nothing was telling me, but some exploration eventually helped me stumble onto these answers. When FORECLOSED is in full swing, it is certainly entertaining, but a couple of the investigation segments could easily frustrate some players if they aren’t willing to try different things.

This was especially true for me when I kept missing the one door in the warehouse puzzle after using the cranes to move the containers around, and mostly because FORECLOSED’s strongest asset is the visual style its world is saturated in. The awesome pinks and purples of the future in a high-tech city, remind me of a washed-out Batman Beyond, but with cel-shading. The only issue with this style, though, is that the blending of some elements in the backgrounds caused me to miss a few items, but that may be my vision.

The developers at ANTAB Studio love their comic books and that’s why their game is almost an interactive graphic novel. Don’t get it confused, as there’s a ton of action and moving around, but the camera goes between and sometimes covers multiple panels which the character passes through. These transitions are used well, but can take a moment to orient towards when they initially pop up. All of these visual presentation elements create a solid cyberpunk funk that gives FORECLOSED the identity its protagonist has lost.

As for the audio, it’s serviceable, with some fine music that’s a little bit better than that in some parts, but I was hoping for more. At its default, the background music is also almost too loud to hear the voices. I appreciate the soft-spoken noir motif for the main character and the serious and direct nature of his ally, but everyone here speaks very soft and matter-of-factly to the point that some of the emotion and urgency seems missing. Finally, when I’m playing on the PS4, please stop having in-game phone calls or whispers coming through the speaker on the DualShock 4 only, as I always miss half of what’s being said.

There’s also, unfortunately, a drastic lack of options in FORECLOSED, with few things to adjust outside of some basic control elements and almost nothing for anyone needing help with accessibility. I know this is a smaller game, but if we’re going to use so many of these comic-book-style text boxes, please let me adjust the size of them so they aren’t so difficult to read.

Along with not being able to change some things to help me play, there were some small glitches popping up, mostly graphical problems that were jarring but not a huge deal, usually when dealing with walls, crouching behind objects for cover, or trying to line up to interact with something. The biggest thing I experienced, playing on my base PS4, was some major slowdown in areas that looked like they were loading in or larger combat sections, which got me killed a few times.

Those complaints aside, I’d like to see more of this or something else from the studios that brought FORECLOSED to life with the same style, while also rebooting a few of the parts that didn’t quite stack up. Hopefully, this isn’t a game people will just skip based on its size or mechanics, but don’t let some of its frustrations put you off what is a solid game. 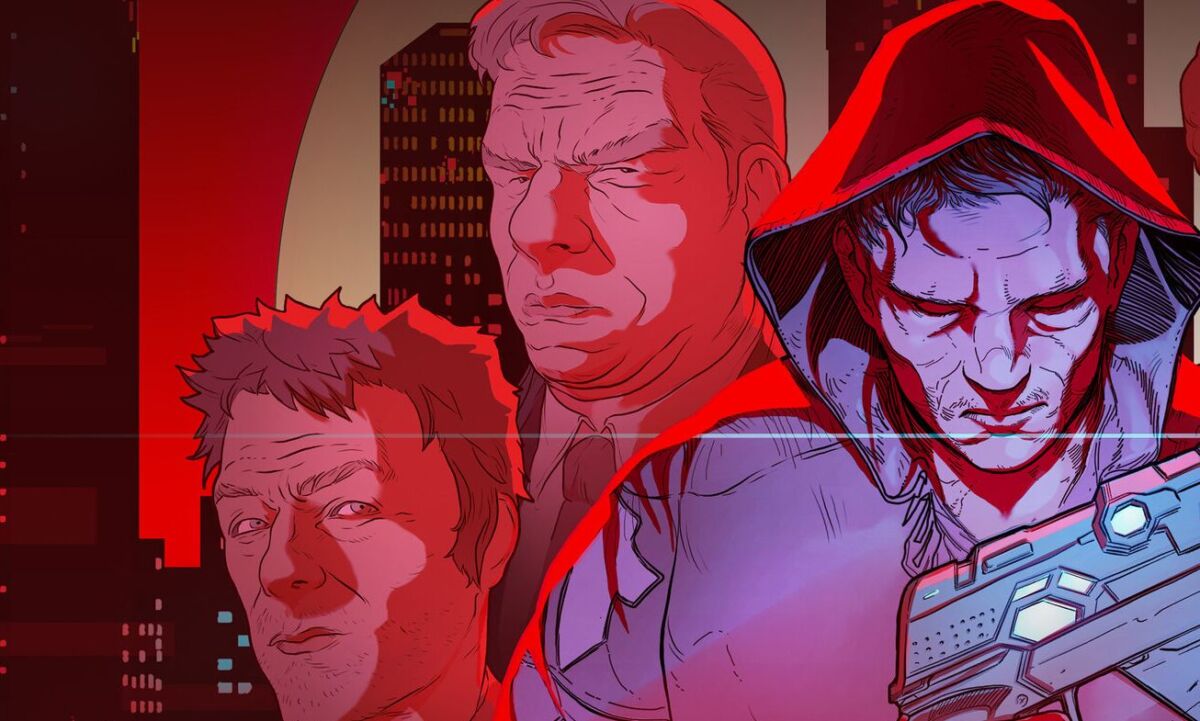 Verdict
FORECLOSED wants players to embrace its brightly colored future, but watch out for a little jank and some frustrating sections that may scare some people off.
7.5
Cultured Vultures is a pop culture website established in 2013 covering all things gaming, movies, and more. We eat your words.
All The News On The Biggest Games