Why Firestarter Never Works as a Horror Film

Despite the best efforts of each adaptation, Firestarter's just a non starter when it comes to horror. 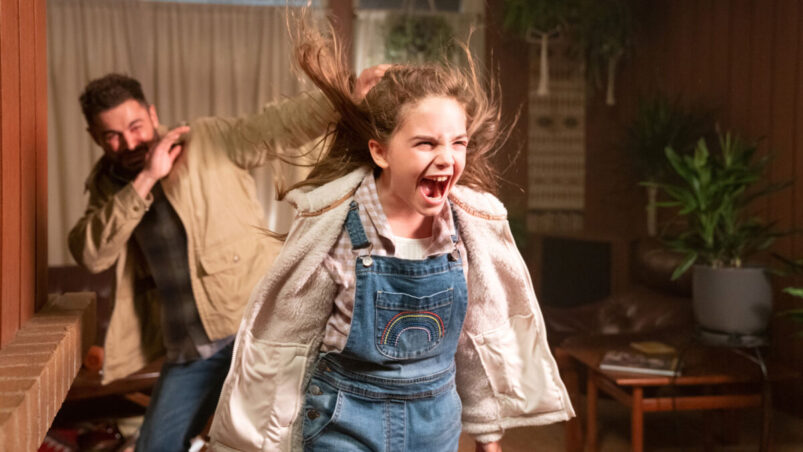 Firestarter has a problem: it constantly insists it’s a horror when it makes no sense as one. The Stephen King novel about a young girl with fire-starting abilities has been adapted twice for cinemas and has failed to impress the critics both times. In fact, the second iteration got worse reviews, a mighty feat when you consider how much room for improvement the original movie had.

So why is it that the Firestarter movies just can’t seem to catch a break, despite many other Stephen King adaptations enjoying critical acclaim? Is it because the novel itself isn’t very good to begin with? Maybe so, but given that the 2022 film deviated quite a lot from the novel and still fell flat on its face, there must be more to it than that. The answer’s quite simple: Firestarter is trying desperately hard to be something it’s not, a horror movie.

The novel, the 1984 adaptation, and the 2022 adaptation all feature the same premise: a couple once part of an experiment gives birth to a girl with the ability to start fires, and now they’re on the run from The Shop, the facility responsible for giving them powers. There are no ghosts here, no creepy clowns, no deranged killers — instead, the main source of horror is supposed to come from Charlie and her pyrokinetic powers.

Therein lies the main issue. Charlie, being the main source of horror, greatly conflicts with the fact that she’s also supposed to be the good guy, the one we’re supposed to be siding with. Both films try to make it so there’s some moral ambiguity on the use of Charlie’s powers, but it’s clear from the get go that even if Charlie is bad, the people from The Shop are still much worse. The people from The Shop are the ones with bad intentions, Charlie and her parents are just trying to live normal lives.

Horror movie villains are very rarely the protagonists of their films for two good reasons. Firstly, horror movies thrive on suspense, thrill and anticipation. It’s why slasher films often have long scenes of characters just walking around and minding their own business. We know the killer can pop out at any time, but they don’t, and the eagerness of waiting for the killer to reveal themselves while the character is none the wiser puts us on the edge of our seats.

Secondly, because the protagonist is the victim of the situation, we’re not just scared by the villain, we’re also scared for the protagonist. Most of the time, they’re just ordinary human beings faced with a threat they never imagined they’d encounter. It’s why final girls are such popular horror movie characters. Nobody wants to be the victim of killers like Jason Voorhees or Freddy Kreuger, so seeing a regular human being just like us being hunted down is terrifying, and watching them outsmart the villain is satisfying as hell.

Both these factors are completely absent when it comes to either Firestarter film. There is no thrill or suspense — the audience knows exactly where Charlie is at all times and what she plans to do. How can you be scared of a person you’re also actively rooting for? You can’t — when Charlie’s using her powers to escape from the bad guys, you’re not frightened by her, you’re cheering her on. You know there’s nothing sinister about her intentions, she’s just trying to protect herself and her dad.

Arguably, the only thing Charlie does with bad intentions is injure her mom. In the 1984 film, we start off believing Charlie burned her mom to death when in reality, all she did was burn her arms — unintentionally, too, since Charlie really only did so because of a tantrum. This scene doesn’t come across as scary and instead is just more confirmation that Charlie is meant to be the lesser of two evils, the one we’re supposed to be rooting for. “She didn’t mean to burn her mom,” the film is saying. “She’s just a kid who, like all kids, can’t always control her emotions. It’s The Shop who killed Charlie’s mom. It’s The Shop who are the villains.”

In the 2022 film, Charlie unintentionally burns her mom’s arms again, but completely gone is the implication that she could’ve been capable of killing her mom. This scene is really only there to get Charlie and her dad out of the house, therefore allowing Rainbird to sneak in and kill her mom. Again, all we get here is that Rainbird and The Shop are the evil ones.

There’s no threat of Charlie becoming worse and descending into evil like Carrie White from Carrie or Jack Torrance from The Shining because you know the story can’t work if that happens. In many ways, both Firestarter movies try hard to be the next Carrie, but where Carrie still gave us space to feel frightened for Carrie’s victims — they are still teenagers after all, even if they are bullies, and they aren’t aware of Carrie’s powers — that space is completely absent in Firestarter.

The Shop is fully aware of Charlie’s powers. They know what she’s capable of and yet still proceed to chase after her in order to lock her up and study her. How can the film expect us to hate The Shop for most of the movie and then, when the climax begins, we’re expected to feel frightened for them? Even if Charlie can use her powers to kill them, well, why wouldn’t we want Charlie to kill them?

In many ways, both Firestarters are prime examples of how not to write a horror film. Perhaps there is a good film in Firestarter — maybe as a Spielberg-esque science fiction action film — but as a horror film, it just comes across as the film version of a poser. Both film versions struggle hard to deliver scares, and while there’s something noteworthy about filmmakers taking the challenge of turning what should be the horror movie villain into the sympathetic protagonist, the problem is, it never really succeeds.