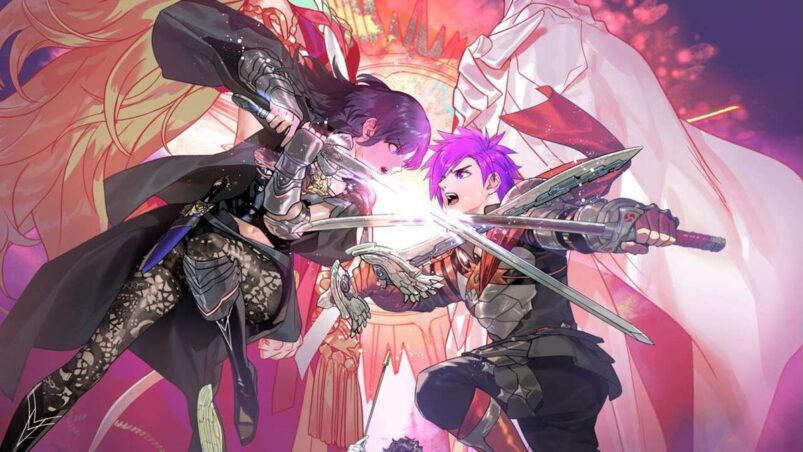 “Musou” may as well also mean “Marmite” by this point. Whether it’s the sheer volume of them released since Lu Bu first started stomping his way across China or their inherently repetitive nature, musou games really aren’t for everyone. However, even those who’ve sworn the genre off might find something to love in Fire Emblem Warriors: Three Hopes, and that’s thanks to how it feels like more than just a simple spin-off of one of Nintendo’s most resurgent IPs.

The most striking thing about Three Hopes is that it isn’t a Warriors gave with a Fire Emblem skin, but is actually a Fire Emblem game where you get to juggle scores of dudes in the air at will. It’s remarkable how much Three Hopes feel like a sequel to Three Houses rather than just a side distraction, with its depth and attention to detail being a welcome surprise. If you wanted to go more hands-on than you could in Three House, then Three Hopes is an easy sell.

Rather than just retrofitting Three Houses’ story into this new adventure, though, Three Hopes goes for a fascinating angle that more games should explore. Byleth, the character you controlled in Three Houses, is now the “bad guy” in Three Hopes, and you play as a mercenary seeking revenge against them. Instead of taking part in school sessions, Three Hopes is much more direct than Three Houses and chucks you almost immediately into war when you pick one of the three houses, each with their own characters and storylines.

And those conversations remain still as gripping here as they did previously, with Three Hopes having just a staggering amount of dialogue to discover and unlock, relationships to cultivate, and edgelords to befriend. There’s a lot to see and do in Three Hopes with new features constantly unlocking (almost to the point of being overwhelming early on) in your camp, giving you new ways to upgrade your characters and unlock abilities with them so you can batter saps across battlefields even more effectively.

As with a lot of musou games, the combat in Fire Emblem Warriors: Three Hopes is purely designed to make you feel all powerful. Regular soldiers are flies to be swatted away as the screen fills up with all manner of shonen exuberance, numbers going higher and higher all the while. Does any of it really matter? Not particularly, but what does matter is how fun it feels to just swathes through enemies and eventually take down their commanders. There’s a decent amount of tools at your murderous disposal too, with each character having special moves and combos to devastate armies even more effectively, not to mention awakenings to basically evaporate forces. Granted, each class at your disposal doesn’t feel too different from the last, but it’s just as fun to cause an earthquake with your massive axe as it is to basically become a super ninja.

Adding to the hefty nature of the combat is Fire Emblem’s stress-inducing permadeath feature also making a mark here, though you ought to crank the difficulty up to really feel the pressure. Past a certain point in the story, any character dying means that they are dead for good with the way the very storyline plays out being affected by their death. You may not find that the characters you control die often as it’s easy to level them up and you also have easy access to healing, but you’ll still feel a pang when you kill an important character after defeating them in battle. In an interesting wrinkle, though, Three Hopes will often let you recruit those you defeat in battle, making them playable characters in turn. Still, it’s hard not to feel bad when you basically wipe out an entire family line, so much so that you start questioning some things about this war you’re in, and whether or not war is good (it isn’t).

Once you’ve sated your questionable bloodlust, you can then return to camp, level up, unlock some new weapons, take part in chores to improve relationships with characters, dive into the lore, train to unlock skills, and so much more. You can also travel to other places outside of battle and earn new resources, as well as special battles. There’s so much to do and enjoy here that it’s not the wildest suggestion ever to say that Three Hopes is the deepest musou game yet.

However, for as deep as it is, Three Hopes is no doubt also quite repetitive past a certain point, which is a criticism levied at most musou games. It’s never boring, as tearing through heaps of enemies after you basically become their god is always satisfying, though the routine does begin to wear by around the 20-hour mark when you realise you’re in a cycle of doing the same thing over and over. Having to complete more and more levels each time until you can take on the main mission also begins to wear, as does the format of the battles themselves, which never really deviates from “defend/defeat X, defeat/defeat Y” the whole time. As mentioned, the battles remain fun, though you may want to either turn the difficulty up so each battle feels more intense, or treat Three Hopes as more of a pick-up-and-play-when-you-have-an-hour game.

There are other concerns, like the chugging performance on the Switch and some less than pretty moments while in motion, but I really didn’t expect to enjoy Three Hopes as much as I did, almost finding it as fun as Three Houses in some places. If you like Fire Emblem but have never convinced that musou games are your thing, you could hardly ask for a better, more inviting introduction. Here’s hoping it’s a sign of more things to come.

A Switch key was provided by PR for the purposes of this coverage.

READ NEXT: 10 Best Switch OLED Games You Should Play