Let's get Inter this. 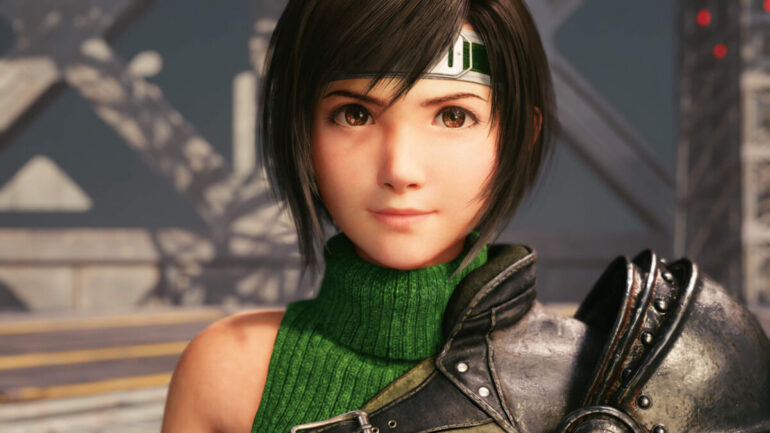 Final Fantasy VII is one of the biggest RPGs of all time, so it’s not all that surprising that Square Enix is going all out with their remake. With the upgrade/expansion Final Fantasy VII Remake Intergrade right around the corner, we thought it might be good to get you up to speed on the story so far and some other relevant plot points for the upcoming release.

The main party of Final Fantasy VII Remake consists of mercenary Cloud Strife, eco-terrorists Tifa Lockhart, and Barret Wallace, and flower girl Aerith Gainsborough. Cloud is an ex-member of an elite military branch called SOLDIER and thus a formidable fighter. He also has inside knowledge of Shinra, a local paramilitary/energy conglomerate.

When his childhood friend, Tifa, approaches him with a job to blow up a reactor, Cloud accepts. Barret, a man with a gun for an arm and a real chip on his shoulder for Shinra, leads the mission. It is Aerith who will be most important to the fight against Shinra, however. The last surviving member of an ancient race, her magic may be the key to saving the world from Shinra’s dangerous schemes and grandiose plans for power.

Next, there’s Red XIII. Though he only joins the team as a supporting member toward the end of the game, his role is essential nonetheless. A hybrid creature experimented on by Shinra, Red XIII resembles a cross between a wolf and a lion. He can also speak and has a life expectancy of about 500 years.

Finally, there’s Yuffie. Star of the new chapter featured exclusively in Final Fantasy VII Remake Intergrade, Yuffie is a ninja thief from Wutai Island. She’s obsessed with materia, has a happy-go-lucky attitude, and a serious ax to grind with Shinra, who have been in a prolonged conflict with her people.

Though the Shinra corporation is the chief villainous entity of the game, there are many separate antagonists. The most prominent is, of course, Sephiroth. Like Cloud, he’s a former member of SOLDIER. He was an elite warrior who eventually went mad and began leading his own crusade against Shinra and humanity.

His goal is to reunite with the creature he sees as his mother, Jenova. Jenova is an alien entity that crashed to earth hundreds of years ago and was discovered by Shinra scientist Professor Gast in an arctic mountain range. Gast had more benevolent plans for Shinra’s scientific division but was murdered by his underling, Hojo.

Hojo, another chief antagonist of Final Fantasy VII Remake Intergrade, helmed the SOLDIER program, which saw the injection of Jenova cells into promising candidates, essentially turning them into supersoldiers. A devious man with a mind like a diamond, Hojo has plans within plans, some which even Shinra are unaware of.

Then there’s The Turks, the black ops unit Shinra employs to hide its sinister secrets from prying eyes. Killing witnesses, instilling cover-ups, and dirtying their hands in all manner of Shinra schemes, there’s almost nothing they consider too morally dubious to take on. The chief members we meet in Final Fantasy VII Remake Intergrade are icy cold Rude and the more flamboyant Reno.

Filling out the roster of main villains for Final Fantasy VII Remake Intergrade are President Shinra and his son, Rufus. Both ruthless and calculating, the members of the Shinra family, particularly Rufus, are not just an overbearing threat but also a genuinely visceral and physical one by the end of the journey.

Final Fantasy VII Remake Intergrade is set in Midgar, a futuristic cyberpunk metropolis. The city is powered by 8 mako reactors and consists of an upper and lower level. The upper levels are supported by a plate system that blocks out the sun for the lower levels. This area is home to the wealthy elite of Midgar as well as Shinra’s employees.

The lower levels, populated by the bottom classes of Midgar, live in relative squalor compared to those who reside above. Though they struggle to thrive, they are nonetheless a burgeoning community that works together in order to prosper.

As previously mentioned, Final Fantasy VII Remake Intergrade begins with Cloud accepting a mercenary job to help blow up a mako reactor operated by the Shinra company. The mission is a success but Avalanche, the group responsible, begins to have a target on their back from Shinra as a result.

Though Cloud begins the game cold and cut off, spending time with his childhood friend, Tifa, after the mission, begins to cut through his layers of protective emotional isolation. He also warms to other Avalanche members Biggs, Wedge, and Jessie, the latter of whom takes a particular interest in Cloud.

Barret explains to Cloud that Shinra’s mako energy is actually the planet’s lifeblood. So if they aren’t stopped, Shinra could extract enough mako to cause apocalyptic results for the world. With this knowledge, Cloud joins Avalanche for another bombing mission on a reactor; however, Shinra has plans of their own for this attack.

When the team plants the bomb for the second reactor, Shinra attempts to wipe them out, blaming Avalanche’s terrorism for much of its awful practices and hoping to make an example of them in death. Though Cloud falls hundreds of feet to Sector 6 below, he survives, landing in a flower bed in Aerith’s church.

Cloud, owing her his life, offers to protect her and guide her home. But, as The Turks attempt to capture Aerith, Cloud and Aerith battle them off, eventually making their way to her safe haven. Though Cloud wants to leave her there in safety, she follows him anyway, joining the group as a result. Strange, ghost-like creatures called Whispers begin occasionally appearing around the group from here on.

The duo work with some locals to free Tifa from the grasp of local crime baron Don Corneo before all three begin a return trip to Sector 7, which is now under a dire threat from Shinra. Shinra plans to drop a supporting plate on Sector 7 and blame Avalanche’s terrorism for the disaster.

When the trio arrives back in Sector 7, Aerith goes off to help with evacuation efforts but is abducted by Shinra as a result. As Barret rejoins Cloud and Tifa, they battle The Turks to try and stop the plate collapse but are ultimately unsuccessful. Though they narrowly escape, Sector 7 is completely destroyed, with Biggs, Wedge, and Jessie appearing to perish as well.

Raging in their grief, the team aims their retribution at Shinra tower. As they attack the headquarters of their enemies, they’re able to rescue Aerith and are joined by the hybrid creature Red XIII. Finally, as they reach the top of the tower, they confront President Shinra, who dies in the conflict.

Cloud battles President Shinra’s son, Rufus, as the others attempt to escape the tower. Eventually, they reunite, battling their way down a highway out of Midgar until they find themselves facing off against the Whisper Harbinger. Sephiroth appears and reveals that the whispers are manifestations of fate and encourages the group to craft their own destiny. They battle the Whisper Harbinger and are able to defeat it, freeing them from its chains but allowing Sephiroth to enact his plans as a result.

Now that they’ve taken care of the fate that held Sephiroth back, he descends on the group, planning to kill the only remaining threat to him. They are barely able to eke out a victory against him and march toward their unbridled futures. In the closing epilogue, it is revealed that Biggs has lived, Cloud’s SOLDIER friend Zack is alive and well, and that the plot of the original Final Fantasy VII has been changed irrevocably as a result, leaving players to question how the adventure will now play out.

Aside from the various technical improvements that Final Fantasy VII Remake Intergrade will introduce, it also features the aforementioned new episode starring Yuffie Kisagari. She is joined by fellow Wutia ninja operative Sonon in a mission that takes them into the sinister underbelly of the Shinra corporation.

Infiltrating an area called Deepground, they will battle the head of Shinra weapon tech, Scarlet, and the elite combat unit, the Tsviets. That last bit is especially interesting, as the Tsviets weren’t introduced until the FFVII follow-up, Dirge of Cerberus.

A new summon, Ramuh, will also appear to aid the player outside of the main plot. Finally, a Fort Condor minigame will offer players a tactical experience where they can play a Risk-like board game against members of Avalanche HQ. Players will also receive the Chocobo Chick, Cactuar, and Carbuncle summoning materia and 5 unique accessories, all previously exclusive to the deluxe version of Final Fantasy VII Remake.