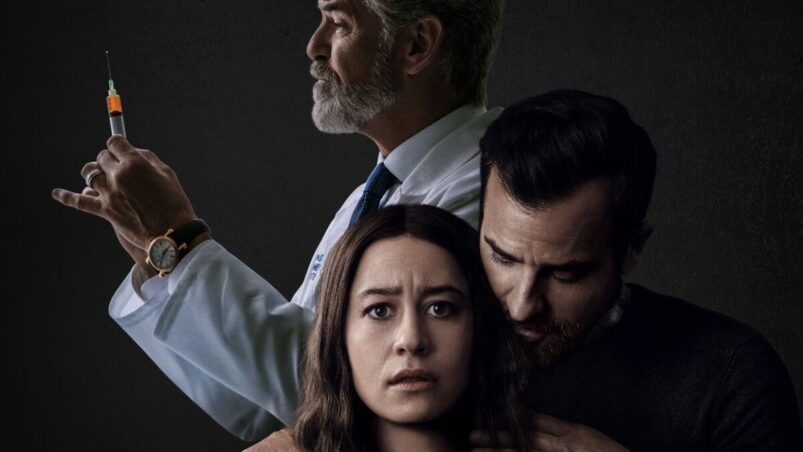 It was probably about time for another quality entry into the pregnancy horror genre and False Positive gives it a good effort. It’s a genre that probably starts (and ends) with Rosemary’s Baby when talking about films that rise above the level of B-grade horror. False Positive definitely aspires to be an A grade movie with social commentary, intriguing visuals and a tight script. However, it never really sticks the landing and is left feeling like the B- version of Rosemary’s Baby’s A+.

False Positive jumps right into the plot with the opening scenes showing Lucy (Ilana Glazer) and Adrian (Justin Theroux) discussing their troubles getting pregnant. There’s no time spent getting to know the couple and who they are. We understand the characters through the roles they play more than who they are as people: Lucy is the aspiring mother and businesswoman, while Adrian is the seemingly supportive, if enigmatic, husband.

When the couple visits the clinic of John Hindle (Pierce Brosnan), who’s both Adrian’s good friend and a leading fertility doctor, something’s immediately amiss. The film treats the clinic as a thinly-veiled evil under a heavenly veneer. The shining white light and sheer optimism makes it appear as a place where miracles are possible. However, there’s something corporate and soulless about those lights and the stiffly rigid staff. Brosnan is well-cast and key to making the ominous tone of the clinic work. He’s great as Hindle as he beams with confidence and arrogance while appearing inherently untrustworthy. Brosnan always appears to be telling half-truths and there’s a constant feeling that he isn’t revealing everything.

Some of the best social horror movies hide their horror elements in the early stages, see False Positive’s aforementioned predecessor or more recent examples like Get Out. The eerie elements creep up on you a bit slower there, letting us get wrapped up in the world as much as the characters. However, False Positive is a bit too obvious and John’s clinic might as well be a haunted house. I practically wanted to shout at the screen “don’t go in there” as the clinic was being introduced, like I would for a bad 80s slasher movie.

Shortly after approaching Hindle, Lucy is finally able to get pregnant with not just one baby but three, twin boys and a girl. Given her past struggles with fertility, Hindle recommends that she have a selective reduction performed, reducing the number of babies from three to one or two in an effort to limit the risk of pregnancy complications. Lucy convinces Adrian to keep just the one girl and the procedure appears to go smoothly. However, Lucy isn’t convinced and believes something is going wrong inside of her.

From there, the movie goes down the rabbit-hole of paranoia that anyone who’s seen Rosemary’s Baby will recognize. Lucy becomes increasingly convinced that there’s a conspiracy surrounding her and her baby, doubting not just Hindle, but Adrian as well. The film walks a line between lending credence to Lucy’s fears and making her appear completely insane. The visuals feed into this surrealist paranoia: ubiquitous mirrors and reflections point to the duplicity at work, and deep, dark shadows give the film an otherworldly nature.

The camera spends a lot of time in close-ups on Glazer’s face and she’s expected to carry much of the storytelling. While Glazer is certainly a talented comedic actress, carrying a film in a more dramatic role of this nature might be a bit beyond her, at least at this point in her career. Glazer gives a fine performance by any stretch, but with how the film is directed, she needs to fully convey the character’s inner thoughts with her facial expressions — she never really gets there.

Even when False Positive works well, it stops short of being fully-effective. There’s some interesting stuff in it about the inherent arrogance of men and their need to spread their influence everywhere, from Lucy’s boss, who claims to have to have a woman’s intuition, to Hindle and his belief that he’s all-knowing in the concerns of women and their bodies. However, these themes are spelt out too overtly following the introduction of a midwife in the film’s second half.

There’s also a handful of great nightmare or hallucination sequences that do a better job of getting inside Lucy’s head than anything else in the film. But this plot device is used a little too often and when it happens every ten minutes it goes from being a surprise to becoming an expectation.

Perhaps the core issue with False Positive is that it’s too similar to Rosemary’s Baby. It hits all the same notes whether it’s plot points or even specific shots. It just attracts too much comparison to the predecessor and falls short in every regard, and never becomes a film worthy of its own reputation. Even when it veers away from the influence of Rosemary’s Baby, the choices are more often bland and uninspired than interesting.

READ NEXT: 10 Movies That Deserve A Blu-ray Release 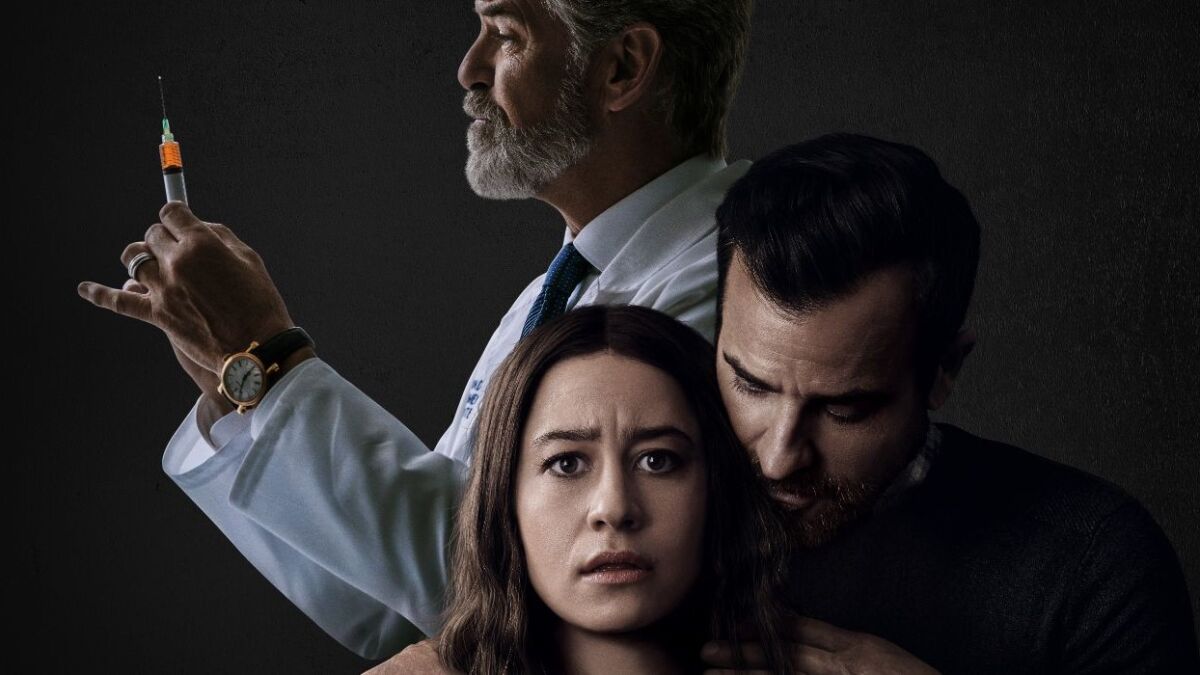 Verdict
A modernization of Rosemary’s Baby with more misses than hits that ultimately pales in comparison to the predecessor.
5
Cultured Vultures is a pop culture website established in 2013 covering all things gaming, movies, and more. We eat your words.
All The News On The Biggest Games