Everything You Missed In Game Of Thrones: Season 8 – Episode 5

What happened in-between all the brimstone and that. 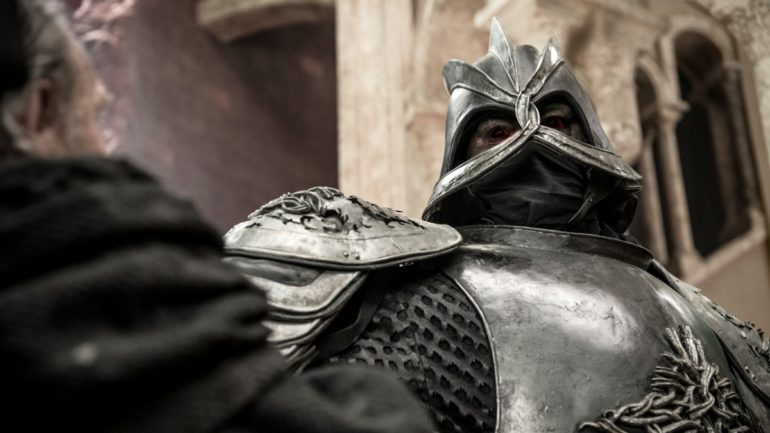 Another week and another episode of Game of Thrones. As the series draws to a conclusion at breakneck speed, the pace of each episode has increased to the extent that it is becoming difficult to catch everything that happened.

Prophecies are being fulfilled, epic fan fiction fights are actually happening, and characters are beginning to drop like flies. Luckily we have you covered with all the details you might have missed in ‘The Bells’ along with some clues about what is to come in the final ever episode of Game of Thrones next week.

#Varys was writing shady letters. I transcribed what I could:
"…is not the only Targaryen left. Rhaegar and Lyanna […] their son lives still — hidden by Eddard Stark. His name […] and he is the true heir to the Iron Throne." https://t.co/DTpWe7haCm

The episode opens with Varys secretly writing letters but the contents were only visible for a brief few seconds. What could be seen explains that Daenerys is not the only Targaryen left, that Jon is the son of Rhaegar and Lyanna, and that Eddard Stark hid him and his identity. It goes on to confirm that he is the true heir to the Iron Throne. Of course, who exactly Varys is sending these letters to is a complete mystery. However, one could reasonably assume that they will find their way to the lords and nobles of Westeros. Last week even briefly mentioned a new Prince of Dorne so this mystery figure could be involved.

Varys Was Also Trying To Kill His Queen

I just realized that Varys tried to poison Dany with the little girl who works in the kitchens. “She won’t eat.” #GoT

Not only was Varys conspiring to let everyone in Westeros know that Jon is the true heir, he was seemingly trying to kill Daenerys. Plenty of people seem to have missed the significance of the conversation between the master of whispers and the young girl. She tells Varys that the Queen won’t eat to which he replies that they will try again at supper. The girl is also scared that the soldiers are watching her.

Considering that she shouldn’t be scared if she isn’t doing anything wrong and the fact that Varys is asking for updates on her eating habits, it adds up that he was trying to poison her food. Unfortunately for him, Daenerys is just too stressed to eat. It makes sense that he would want to get her out of the picture, especially when he has decided to back Jon. Varys even told Tyrion last episode he would do whatever it took to serve the people of the realm.

An NFL Cameo From Aaron Rodgers

He had a good run pic.twitter.com/VWJ76YTHyJ

Game of Thrones has never been a show to shy away from celebrity cameos. In the past, people like Ed Sheeran, Coldplay drummer Will Champion, and Chris Stapleton have all made appearances — even showrunners David Benioff and D.B. Weiss have shown up briefly in two episodes. The latest cameo came from NFL superstar Aaron Rodgers. The Green Bay packers quarterback could be seen in King’s Landing as one of the innocent civilians fleeing the dragon attack. He follows in the footsteps of baseball player Noah Syndergaard who had previously played a soldier in the Lannister army in Season 7.

Everyone Who Died During The Battle Of King’s Landing 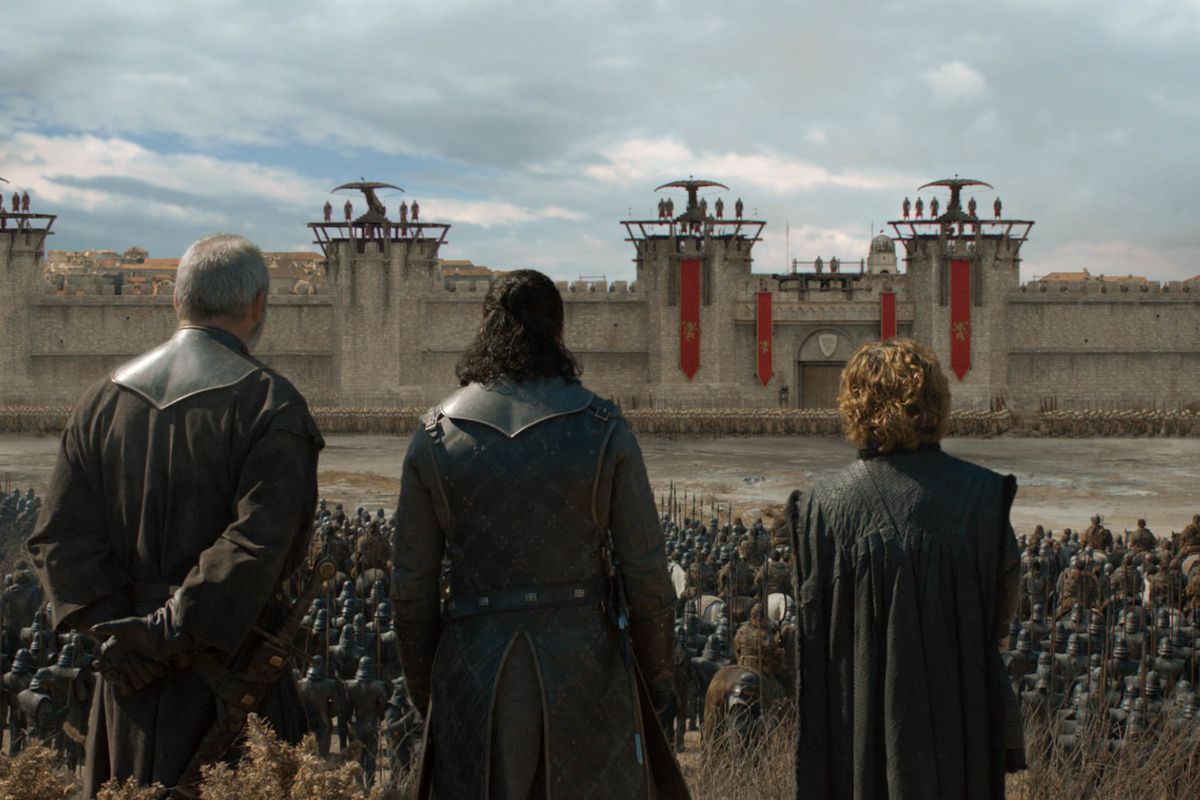 The Battle of Winterfell left many fans disappointed that its kill count in terms of major characters was surprisingly low. Considering the huge threat the combined armies were facing, there were fewer not as many deaths. The same can’t be said for this latest episode where consequences were well and truly felt by all of those involved in the final fight for the Iron Throne. Quite a few characters met their ends and several of them have been major players since the very first episode. Just in case you missed any, all of the following are now dead:

The cinematography of #Arya and the white horse in this scene of #GameofThrones is what the Battle of Winterfell should have been. pic.twitter.com/RaspLDZlNM

Frightened, alone, and almost dead from Dany’s fiery barrage of King’s Landing, Arya finally escapes when she discovers an unharmed horse. The youngest Stark emerges from the ash and flames to see the pale mount standing in an empty street in an almost spiritual manner. The little girl she was trying to save throughout the final parts of the episode even carried a small toy of a white horse. According to the Book of Revelations, Death is said to ride a pale horse and this could be a symbol of the character that Arya has become. She is a killer who has been trained to be the ultimate assassin, bringing death to her enemies. Perhaps this could be a hint at the role she will also play in the last episode.

There Was A Callback To An Earlier Battle

On a Scale of Jon Snow to Harry Strickland,
How Brave Are You?#GameofThrones #JonSnow pic.twitter.com/aW4en04oIY

As the Dothraki charge towards the surviving forces of the Golden Company after Drogon blows open the gate to King’s Landing, there is a scene that mirrors an earlier battle. Harry Strickland stands alone facing a charging cavalry force in the same way Jon Snow did in the Battle of the Bastards. The camera position and scene plays out exactly the same, until Strickland loses his composure and tries to flee. Of course, Jon faced the enemy and prepared to fight them rather than flee.

I want answers! Like where did the Wildfire come from? #gameofthrones pic.twitter.com/8xuunxO99a

The reason that Jaime Lannister got the name kingslayer is because he murdered the Mad King. This was an attempt to stop him from burning the city with wildfire, which he had ordered to be placed around the capital so it could be set off if he was ever at risk. During the attack by Drogon, pockets of the green wildfire could be seen exploding around the city. It didn’t seem to have much effect on proceedings but does beg the question whether this was leftover wildfire from the Mad King’s reign or stashes that had been hidden by Cersei.