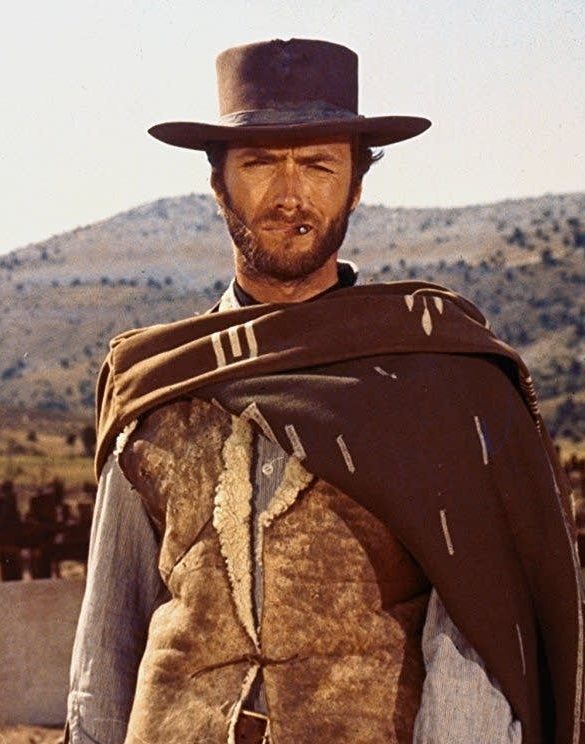 Ennio Morricone 90: A Look Back at His Most Celebrated Film Scores

There's no shortage of quality throughout Morricone's glittering discography.

Sean Woodard·November 23, 2018
Home
Movies
Ennio Morricone 90: A Look Back at His Most Celebrated Film Scores

Ennio Morricone has been described as the greatest film composer of all time. Affectionately referred to as “Maestro” by fans and members of the film and music industries, the prolific composer has generated over 500 scores for film and television. Earlier this month, Morricone celebrated his 90th birthday and announced his retirement. Coinciding with the milestone, the Videocitta festival in Rome presented the Oscar winner with a Lifetime Achievement Award.

To honor Morricone, let’s look back at four of the composer’s iconic scores.

Perhaps no other composer brings a film alive with his score more perfectly than Morricone. His work routine builds out of a deep understanding of a given film’s narrative. Upon reading a script, Morricone begins to develop themes that encompass the characters and the story’s arc. To him, the role of the score is to say what the filmic images cannot convey; if done successfully, the music then takes on the film’s meaning.

The Good, the Bad and the Ugly

Morricone’s most potent composer-director relationship was with Sergio Leone. His spin on the Western genre presented a bleaker, more violent form of the Western. Leone’s popularization of the Spaghetti Western produced multiple imitators, including those of Morricone’s music. Morricone’s music has become nearly synonymous with Italian Westerns; his sound for the Dollars Trilogy starring Clint Eastwood—which mixes strings, electric guitar, unorthodox sound effects and pop sensibilities—gave birth to a new type of film scoring.

Perhaps his most famous score is that for Leone’s The Good, the Bad and the Ugly. The film’s main theme is often cited as the most recognizable for its wailing voices that resemble a coyote’s call.

The score also is comprised of the popular “Ecstasy of Gold,” which plays as Tuco (Eli Wallach’s character) searches around a graveyard for the alleged grave where a fortune of gold is buried. Not only has the theme been repurposed in numerous films, television episodes and advertisements, it has also been covered by Metallica.

However, Morricone’s “Il Triello,” which underscores the climactic showdown between the three gunslingers, is in a class by itself. The extended sequence is perfectly drawn out and edited in time to the score. The tension produced from the marriage of the musical piece and the on-screen action racks up the suspense and anticipation.

Morricone also fostered a partnership with Giuseppe Tornatore. Their collaboration has extended from Cinema Paradiso to Malena to Tornatore’s most recent feature, Correspondence. One of the most representative scores from this era is that of The Legend of 1900, the story of a musical prodigy who lives his entire life on a ship and produces the most amazing forms of music.

What is special about Morricone’s score is how it is truly representative of the film’s protagonist. Morricone’s themes aim to invoke the emotion aspects of the main character, Danny Boodman T.D. Lemon Nineteen Hundred, but also his entire thought process and philosophy to the point where the audience believes that music that is heard is uniquely the character’s. By mingling jazz, classical and other musical genres, he embodies the character of Danny Boodman T.D. Lemon Nineteen Hundred. From an inspired piano waltz on the ocean to a riveting piano duel between Nineteen Hundred and Jelly Roll Morton to a heartbreakingly beautiful theme entitled “Playing Love,” this Golden Globe-nominated score is perhaps the composer’s most varied and encompassing score.

Once Upon a Time in the West

Following The Good, the Bad and the Ugly, Leone’s Once Upon a Time in the West elevated the Western mythos to an operatic status. The stately narrative pacing and cinematography were coupled with an appropriate score to match. While Morricone briefly explored character themes in the previous film, he composed individual themes for each character in Leone’s magnum opus. These leitmotifs represented the emotional core and personalities of the film’s main characters. In many instances, the melodies and instrumentation of certain themes mirror their intertwined destinies, such as with the harmonica melody and the distorted guitar that represent Charles Bronson’s and Henry Fonda’s characters.

Morricone’s score for the The Mission is perhaps the most deserving of an Oscar. What is also interesting about it is that the film represents one of the rare instances where Morricone composed the score after watching a rough cut of the film. In interviews, he stated that initially he was unsure he could contribute a score because the film was emotionally moving on its own.

For the score, Morricone had to take into consideration not only the fact that Jeremy Irons’ character Father Gabriel played oboe in the film, but also period instrument capabilities, the Catholic Church’s musical traditions following the edicts of the Council of Trent and the rhythmic musical qualities of South America during the 1750s. In order to achieve this, he combined liturgical-based motets, orchestral pieces and Gregorian chant with rhythmic drumming to illustrate how Western culture influences the Guarani Indians. The film includes many famous themes, including “Gabriel’s Oboe,” “Falls,” and “On Earth as it is in Heaven.”

Ennio Morricone is currently in the final leg of his 60 Years of Music Tour. His upcoming book, Ennio Morricone: In His Own Words, is slated to be released early next year.