Have a look at these awful Emo kids above and try not to pull your hair out.

No. Go back up and finish watching it. Watch this whole awful spectacle from beginning to end.

The video throws us back into a rather forgettable by-gone era, when social media was in its infancy, and the aesthetically negligible differences between Emo and Goth were worth debating over several thousand words on MySpace. You probably had a sick studded belt, or envied the shit out of someone who did.

Raven, the “Acid-Bath Princess of the Darkness”, Azer the weird mime kid (previously mistaken for a “prep”), and Tara (who looks far too nice for this kind of thing), take us through an artistic journey of angsty teenage feelings by overdramatically miming to an Evanesence song. Do a shot every time one of them touches their hair.

I find this sort of thing incredibly interesting, as it’s more than just a bad video – it’s a relic which totally encapsulates the youngest, stupidest ranks of a forgotten subculture. This is Quadrophenia ’08. This is the MySpace generation’s “Rebel Without a Cause”.

This video is a sobering memorandum of what a generally embarrassing era the late noughties really were, and an even more sobering reminder of the stupidity of teenage youth and how it effects all generations. We might sneer at today’s snap-back webcam-warriors and their “swag”, but it’s important for us 20-somethings to remember that we were arguably worse at times.

For more information, check out their YouTube channel. I can only assume it remains open because the owner forgot the password, but the about section is priceless. Here are some choice quotes:

Personally, I thought the Goth/Emo/Vampire kids from South Park were wildly exaggerated stereotypes. It looks like they didn’t go far enough. 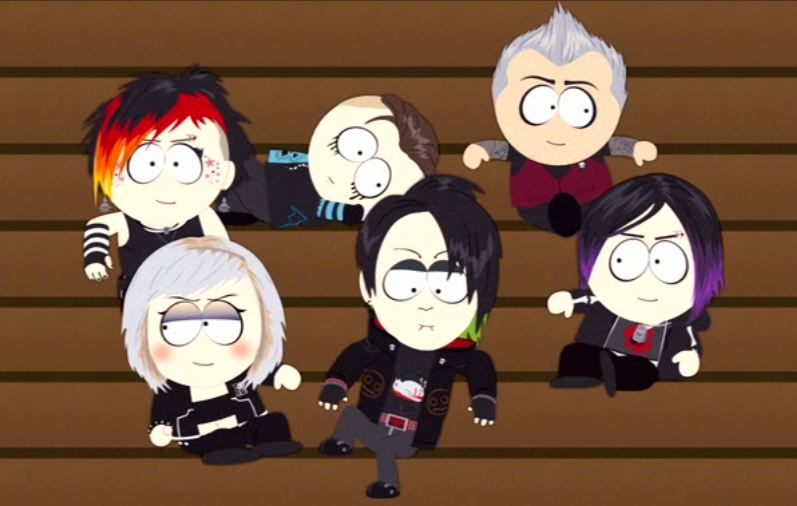