Warning: some of these may make you feel dirty. 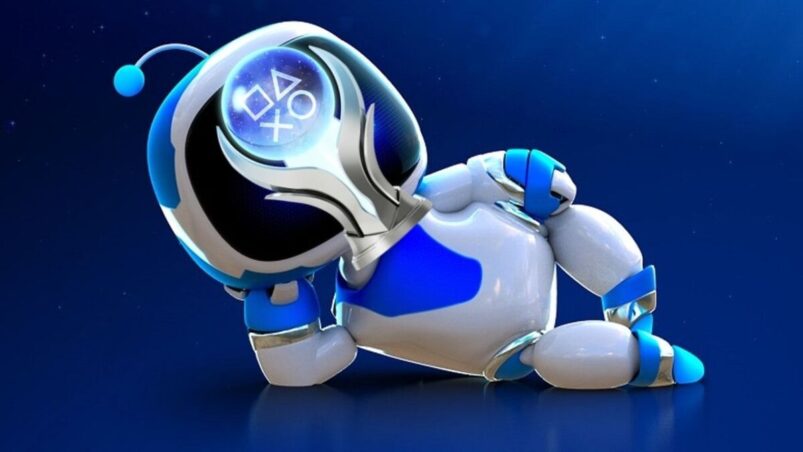 One of the most appealing things about the PlayStation family of consoles is something that keeps players coming back time and again to their games to the point where they start to feel like a well-worn book. Since their inception on the PlayStation 3, Platinum trophies have been a major attraction for players worldwide, and it’s a tradition that continues with the easiest PS5 Platinum trophies offering that same classic dopamine loop.

Platinum trophies are the zenith for completionists, a digital certificate of your gaming excellence that shows just how dedicated you are to your favourite hobby. Unlocked after unlocking every trophy for a game, Platinums are proudly presented on PlayStation profiles for all to see.

However, there’s been a lot of change in Platinum trophies themselves over the years. Where previously there used to be a lot of hoops to jump through to unlock those coveted pixels, plenty of games on PS5 offer a Platinum trophy that’s yours for simply pressing buttons over and over again. While, yes, that’s ultimately what all games come down to at the end of the day, there are plenty of developers out their who release games just for Platinum trophy hunters. Sony used to clamp down on these kinds of games, but now it seems they’re all for them. Whether that’s good or bad, we’ll leave it up to you to decide.

Presented in alphabetical order, this list of the easiest PS5 Platinum trophies is a mix of games that are great games in their own right and also those that simply want to add to your trophy count. None of them will take you more than ten hours to complete and all of them will help you to add to your trophy haul. Be sure to leave your own suggestions for quick and easy PS5 plats down below.

One of the very first games you should play on the console and an absolutely brilliant PS5 exclusive, Astro’s Playroom is a pure burst of joy with an easy Platinum trophy that won’t take much time at all.

The game has some slightly tricky bits, but really nothing that should eat up too much of your time. That will be devoted to hunting down the game’s many collectibles instead, though again it’s nothing too intense, especially if you have PlayStation Plus and use the in-game help.

It’s almost unbelievably easy to unlock the Platinum trophy for Christmas Run, a PS5 “game” that knows exactly who its audience is. Players simply have to run to the right, jump a bit, and destroy obstacles. That’s it. One whole level.

Maybe hide this one from your public trophy list afterwards.

For fans of the easy Platinum classic My Name is Mayo, Fingers Fitness might feel comfortingly familiar. Instead of tapping a jar of mayo, this time out you’re flexing your fingers while making use of the DualSense’s feedback features.

It’s a simple clicker with upgrades to give your fingers a bit of a break too, as well as some unlockable pets. It’s simple as anything and doesn’t feature much music apart from simple EDM, but if you want to keep the kids busy for a bit while adding to your Platinum collection, you can’t go wrong.

Memories of East Coast is a relaxing visual novel with multiple choices that also provides a very easy Platinum trophy on PS5. You don’t even really need to play it thanks to the options that let you skip through huge swathes of conversation.

The only thing you really need to do is make sure you save at certain points so you can load and then make different choices to earn different trophies. As well as providing a straightforward Plat, Memories of East Coast also spins a decent yarn that’s worth experiencing.

NOTE: it’s a cross-buy title, so you will also be able to download the PS4 version on PS5 and complete the same process for another Plat.

A very similar game to Memories of East Coast, Nowhere Girl is another visual novel that requires very little input and be skipped through very quickly with the right settings.

You play as a woman who has been chained to Pseudo, a mysterious ghost with a bit of an attitude problem. There’s lots of sharp writing to love in this visual novel about love, but your favourite thing about it on PS5 will probably be that sweet ping of the Platinum after less than fifteen minutes.

NOTE: it’s a cross-buy title, so you will also be able to download the PS4 version on PS5 and complete the same process for another Plat.

Quick by name, quick by nature, Quick Mafs is a PS5 Platinum trophy and pretty much nothing else. The maths it’s referring to are super simple, especially with a guide, and there’s really nothing to confuse you whatsoever, even if you’re a child who’s allegedly the demographic for this thing.

Be quick and throw a couple of quid or dollars at this one if you are looking to buff out your Platinum collection. We won’t judge you. Much.

Yet another Christmas-themed game, Santa’s Workshop really gets in the festive spirit of giving. Giving yourself a super easy PS5 platinum trophy, that is.

A clicker with very, very little to it whatsoever, all you need to do in Santa’s Workshop is hit X, change the scene with R1, keep hitting X, and then buy some upgrades. It’s barely a Christmas game (where all the elves?) or really even a game at all, but it is good ammo for the trophy counter.

An actual video game to really spice up this list, Serious Sam 4 is a fun FPS game that doesn’t take itself too seriously, which is kind of reflected in its trophy list. There’s a lot of trophies here that are earned just by playing the game and doing silly stuff.

Serious Sam 4 is a very straightforward Plat with very little that you won’t unlock while playing the game normally, but luckily you can easily dip back in to hoover up whatever you missed. Everything can also be unlocked on the easiest difficulty and there’s even plenty of assist options so you can blast away in peace and rack up some trophies.

Back to the “not very good games” on this list, The Pig D is a clever play on words that also has a clever business model of appealing purely to Plat hunters on PS5. It’s a clicker and that’s pretty much it.

Simply keep hitting R1 and watch the trophies amass as your piggy bank also amasses a small fortune. There’s very little to even interact with in this “game” apart from putting the coins into the piggy bank. Enjoy?

A somewhat polarising narrative-focused game, Twelve Minutes is at least more of a video game than most of the other easiest PS5 platinum trophies on this list. Featuring major Hollywood stars in a looping story where you take the role of a beleaguered husband, Twelve Minutes is nothing if not a conversation starter.

As for its Platinum, its difficulty and time to complete really depends on how much you want to get out of the game itself. With a guide, you can breeze through it all without much fuss at all, but you can expect to tack on a couple more hours if you want to properly experience the game beforehand. It’s a trip, let me tell you that.

READ NEXT: 50 Easiest PS4 Platinum Trophies You Should Collect