Dying Light 2: How To Dropkick 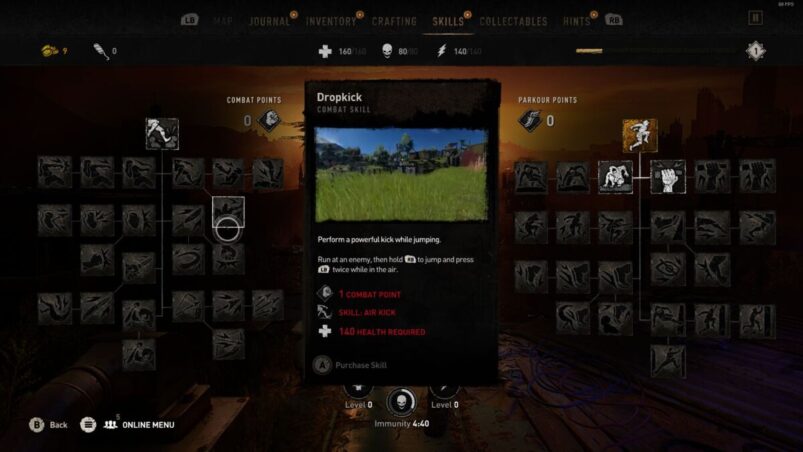 The dropkick in the original Dying Light was a large part of what it made it such a phenomenon, a single move that was almost custom-made for memes and YouTube content. And it’s back for Dying Light 2, though it’s not available from the off.

To actually use the dropkick, jump in the air and then double tap your block button. On controller, this is RB/R1 and then a double tap of LB/L1. On keyboard, hold the space bar to jump and then double-tap E to perform a dropkick.

The dropkick in Dying Light 2 is still one of the most fun ways to dispose of enemies, with you able to get up to all sorts of mayhem if you dropkick enemies off of buildings or into spikes. It’s also a bit of levity in a very dark world for you to pull off a move that even Randy Orton would be proud of.

READ NEXT: 50 Best Open World Games of All Time