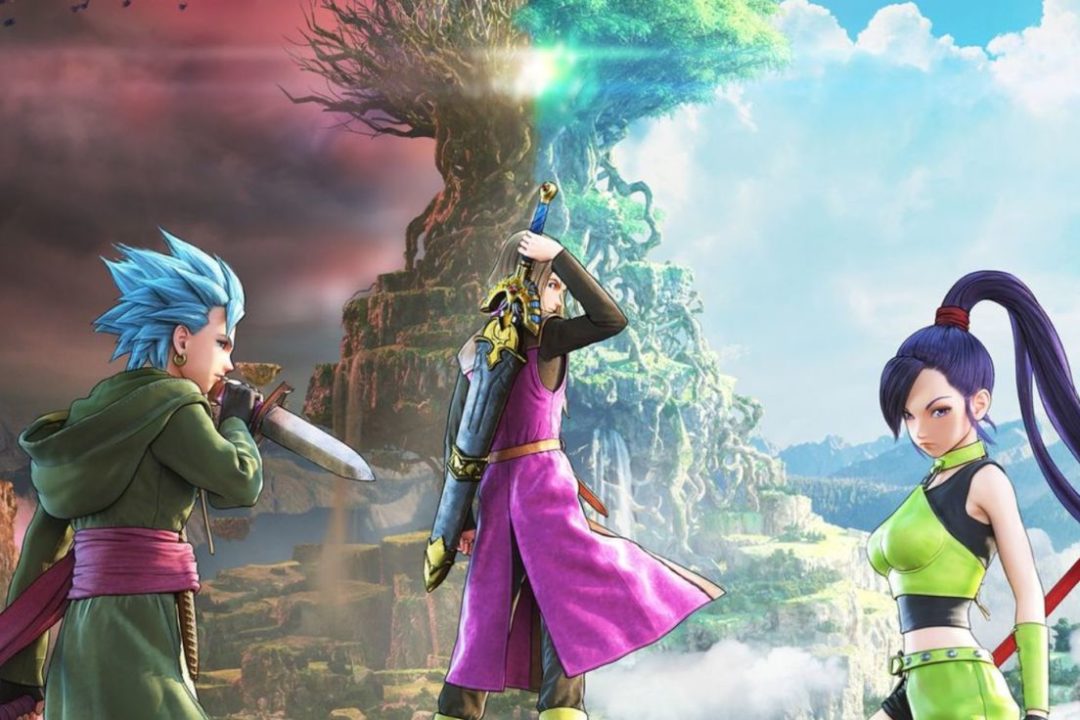 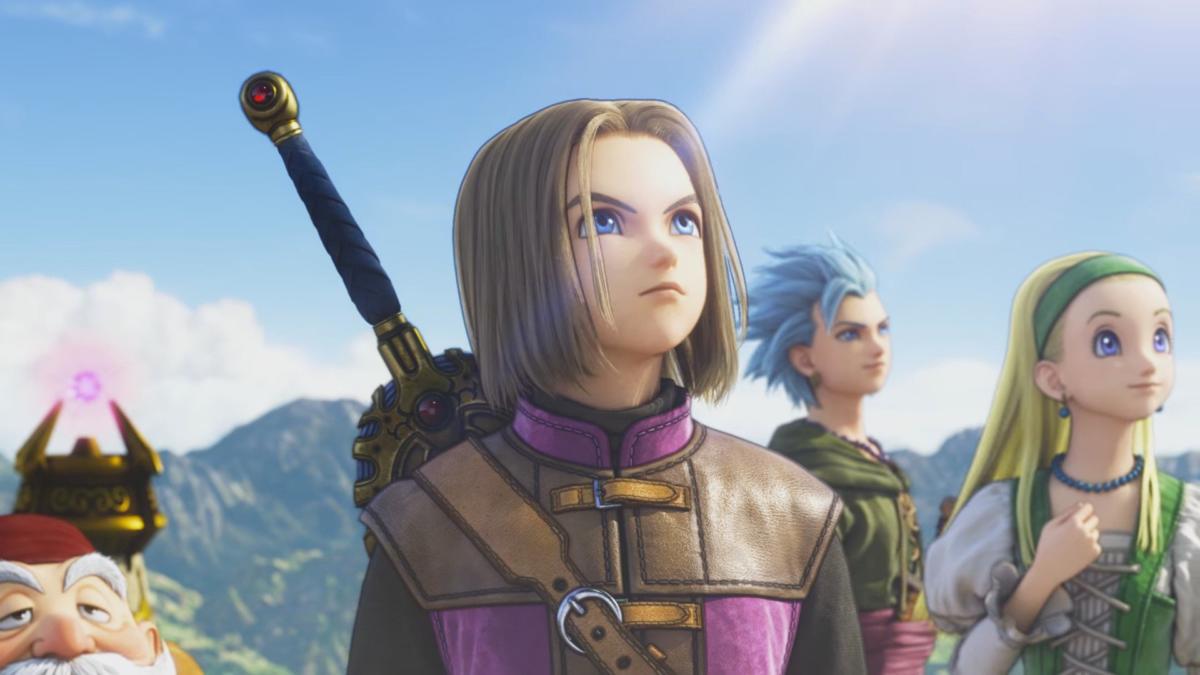 Dragon Quest XI is back in a new edition, and Square Enix is not messing around with this one. Dragon Quest XI S: Echoes of an Elusive Age – Definitive Edition is, besides being a mouthful to say out loud, packed to the brim with an expanded story, music by the Tokyo Symphony Orchestra, Japanese voices, and the ability to play the entire game in a 2D mode straight out of the SNES era, to name a few.

Most of the content that DQXIS adds is the character-specific story quests that do wonders to flesh out and deepen your relationship with your favorite characters. DQ11 always relied on its secondary characters to create personality and momentum in the story as the protagonist has about as much charm and depth as a piece of plywood. I am well aware that this is in adhering to tradition, but when a game nails the anime look this well, it’s jarring to have a silent protagonist who does little besides the occasional ‘huh’. Therefore, it’s a real joy to be spending more time with the diverse and eclectic cast of companions you meet along the way.

The whole thing feels a little bit like an OVA (original video animation) series of additions to the story. For those who don’t know, popular anime series often release a couple of extra episodes or sometimes a whole mini-season direct to DVD after the original series has aired. Although these OVA can work to tie up some loose end in the story or serve as an epilogue, they often focus on specific characters or aspects of the main series. They are also full of various fan service scenes and situations to please devoted fans of the anime. This is what the narrative additions in DQXIS do to the main game. I’m not spoiling anything here, but I don’t think anyone will be disappointed in how their favorite character is treated.

Furthering this whole anime theme is the fact that DQXIS allows you to switch to Japanese voice-overs. The acting is excellent, and it’s been a long time since I played a game in which the voices fit the material this well. Together with the orchestrated music, it has never been easier to be fooled into believing you’re watching Dragon Ball Z or a Ghibli movie.

Should you tire of the Akira Toriyama (Dragon Ball Z’s creator) designed characters and the lush 3D graphics in the game, this edition has a solution for you — a 2D pixel art mode. Once the game opens up a bit and you can visit churches, there is an option to turn the game into something that almost looks like it came from 1994. It’s a fun and well-realized throwback, but I ended up preferring to play DQXIS in the original 3D, and pretending it was an anime instead. While it’s well-made and the developers spent some time rebuilding the entire game in 2D, I wish I could toggle it on and off as easily as the orchestrated music. As it is now, you have to revert to an earlier area or chapter of the game when changing mode, which means you have to replay part of the story. In a game that is already over 100 hours, it’s a bit of a tall order.

Instead, I found the 2D a whole lot better when I reached Tickington: a new area of the game in which the party can travel to parallel universes and relive past Dragon Quest events. The town and the quests integrate well into the world and, most importantly, I don’t have to replay chapters of the story to experience some nostalgia.

Tickington and all the new areas in the game also prove that both the writing and the translation is still top-notch. All the characters are just as charming and names and dialogue are just as pun heavy as in the original game. The only slightly jarring thing with the translation is that not all the character names are the same, which can be confusing when the voices say one thing and the English text says something different.

Gameplay-wise, DQXIS stays mostly true to the original game, with its mix of turn-based combat and MMO style AI macros. The system allows you to decide if you want to control one, a few, all, or none of the party members during combat. You can set AI behavior for all of your characters and lean back and watch the battle play out. It might not be the most efficient way for fighting through the story, but it’s excellent when you’re just there to grind out a few levels. To this, DQXIS also adds the ability to set the combat speed. At any point in the game, you can choose between normal, 2x, and 4x the speed. Since you spend a lot of time in Dragon Quest battling different beasties, this makes the progression through the game that much faster.

The simplicity of the combat is not necessarily a bad thing either, as it allows for players who are not so adept at the systems to still have a great time. For instance, even my 4-year-old son could handle the combat (with help) and had a blast playing through sections of the game with me. Since they have done away with most of the random battles which often plague JRPGs, the simple combat usually doesn’t feel overbearing. If you don’t want to fight something, you can often just walk around it.

Dragon Quest XI S is an excellent version of the original game that improves on and adds a lot to what that game had to offer. However, I am a bit perplexed as to who this version is for. The additional content and modes are meant to please fans of the original game and the series as a whole, yet most of those fans have likely already bought and played the game years ago. As the game still looks mostly the same and runs on the same hardware, I can’t see why the additional content and bonuses couldn’t have been added as DLC and expansions to the original game. Though Square Enix cites an engine swap and save-systems as technical hurdles to offer an upgrade path or DLC, I am not that convinced.

Japanese developers have a long history of releasing extra, touched-up versions of their games to fans a year or two after the initial release. Mostly these have been limited to domestic Japanese releases, like Final Fantasy’s International Editions. While it’s nice to see the rest of us able to enjoy the improvements, the implementation feels a bit clunky for this day and age.

That said, DQXI is still an outstanding game, one of the best JRPGs I have ever played, and this is an awesome edition of the game. If you somehow missed the previous release or don’t mind spending another 100 hours in the world of Dragon Quest XI, this is an instant buy. 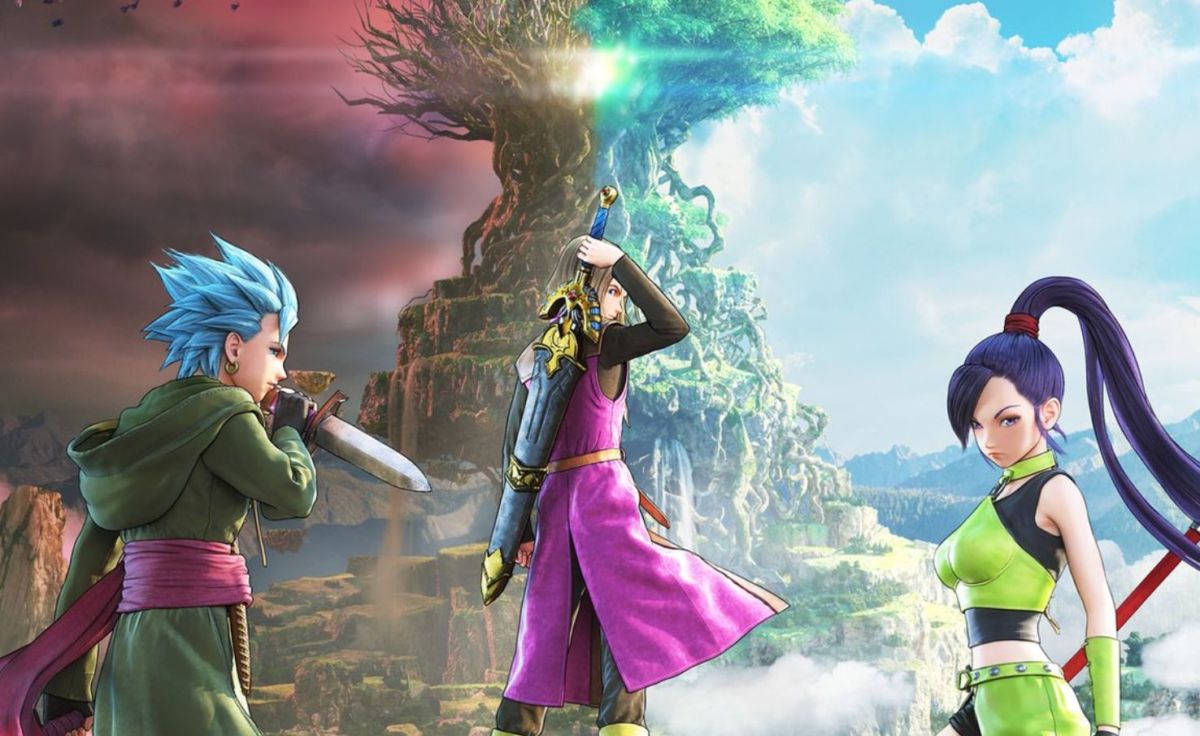 Verdict
Dragon Quest XI S is an excellent version of an excellent game and, if you have the time to spare, an enjoyable JRPG for the whole family.
9
Cultured Vultures is a pop culture website established in 2013 covering all things gaming, movies, and more. We eat your words.
All The News On Your Favourite Games