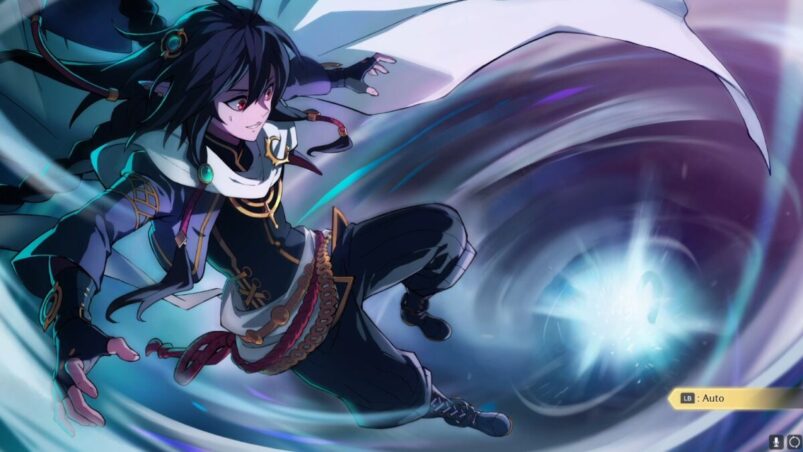 Swift Master in DNF Duel is a speedy combo artist whose mastery of wind gives him a unique style of play.

This mastery comes in many forms that include hitstun manipulation, personal shields and air versions of all MP attacks. These traits come at the cost of a low health pool, however, which means that you’ll always want to be wary of opponents looking for holes in your pressure.

Swift Master is all about getting in range to do massive damage. This is made easy with far-reaching A button attacks and a standing B that zips him forward, opening up combo opportunities for big damage if one connects. You can’t be reckless while playing as him, however, as this quick-moving mage has a fragile frame and low HP. This means you’ll want to be using his long-range normal attacks to punish reckless maneuvers while looking for holes in your opponents’ pressure that you’re able to slip through with a dodge.

The versatility of the Swift Master’s skills is not to be understated. Wind Blaster (S) is an incredibly strong knockback move that can go immediately into a jump if it connects, leading to big-damage combos or setups to knock your opponent into the corner in order to continue your pressure. Sweeping Wind (Forward+S) is a solid projectile that travels mid-screen and can be fired off twice, allowing you to control space against a defensive opponent. This is the perfect attack to follow up a blocked Wind Blaster, since Sweeping Wind can catch jumps and can be tough to dodge if you fire off two. Using these two skills patiently to respond to your opponents’ movements will make it easy to back them into the corner, where the little mage thrives.

Swift Master’s defenses are admittedly weak, with his best option being Eye of the Storm (Down+MP) when faced with immense pressure. You never want to be put into a position where you have no MP and the enemy is in your face, so making sure your dodges are on-point is crucial. You also have little options for getting yourself out of the corner, so always be sure to be the one putting your opponent there, not the other way around.

Swift Master has the ability to create flashy combo routes that deal devastating amounts of damage. Standing B is the bread and butter of most of these, with the big damage coming from a combination of juggling opponents between Wind Blaster and various MP attacks. Standing A has excellent range and hits reliably, but starting combos with it will force you to scale your combo routes back and significantly reduce overall damage of long combos. This makes standing B and Wind Blaster the moves you want to start combos with if you want to deal big damage.

Using techniques learned from the tutorial, it’s best to knock your opponent into an airborne state with a crouching B then follow up with a Wind Blaster. This attack is jump-cancellable, meaning you can instantly jump after the move connects to follow up with an airborne maneuver. It also allows you to set up a Wind Orb in order to suck your opponent back toward you if they are in the air, setting up the follow up with a standing B into Wind Blaster, opening up the window for a ton of combo routes. You can also use Wind Upper (Crouch/Down+S) to set up your Wind Orb combos, but using this instead of Wind Blaster will leave both you and your opponent in the air. While aerial follow-ups can be tough to pull off mid-screen, Wind Upper can create some crazy juggles against a cornered enemy.

Pushing your opponent into the corner is the best way to get your opponent into the perfect position for combos. Doing this against defensive opponents is easier said than done, but using a mix of standing and crouching Light attacks in conjunction with grabs is the best way to get the job done. Sweeping Wind is also great for inching forward against reckless opponents, while also doubling as a great anti-air option that can start combos if you hit them out of the air when they’re close to you. Since starting combos with A means that shorter combos are most effective, it’s good to focus on ending those combos with Eye of the Storm or Wind Twist (Back+MP) as opposed to Wind Orb in order to keep pushing your opponent.

Below are some practical combos that build off the fundamentals learned in the tutorial. Swift Master’s combos require tight timing and creative thinking to get the most out of them and while these aren’t the most elaborate, they deal good damage and are practical enough to pull off consistently in every match.

This combo is great when you land a Light attack against a cornered opponent. It is a great way to squeeze above-average damage out of this kind of combo starter.

This simple corner-only combo will juggle your opponent for huge, high-flying damage. It’s the perfect way to end the round against a cornered enemy.

This mid-screen combo is good for when you want to deal big damage instead of moving your opponent to the corner. While this combos focuses on damage, you can branch off after the first Wind Orb to experiment with different combo routes.