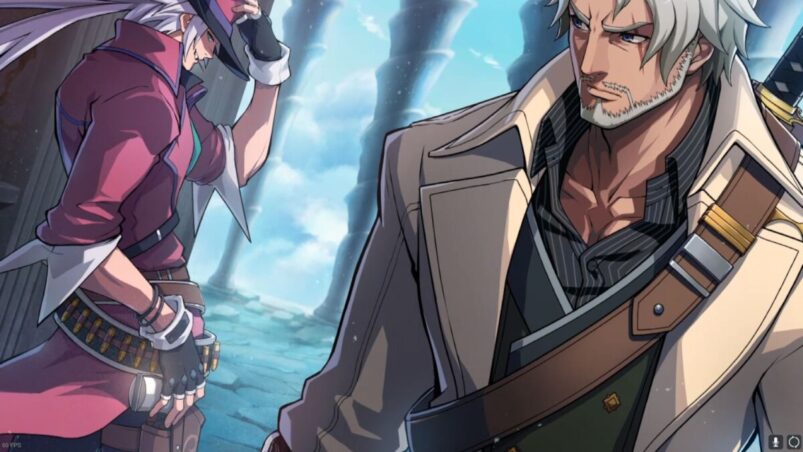 Hitman is a combo machine and midrange master in DNF Duel.

Long-range pokes and multi-hit normals give the player leeway to chain attacks together for long combos that place the opposition right where you want them. Timing is everything when playing the Hitman, however, and even though his attacks may have large hit counts, you’ll want your timing to be precise during these combos in order to get the most out of them and other attacks.

While Hitman’s standing Light (A) and Medium (B) attacks leave something to be desired, in both combo ability and damage, the crouching versions are some of his best tools. Crouching A is an excellent attack when you’re in close, with deceptively long range whose multi-hit property allows for easy follow-ups. Crouching B is also great, working as a long-range sweep that is hard to punish at a distance and can grant lengthy combo strings if landed at close range. Hitman’s air B attack works great for hitting grounded opponents, though you’ll want to be close to the ground to land a follow-up. Going air-to-air against opponents with A can be potentially devastating, as it can lead to a simple but damaging combo that chains into each attack button in sequence with lenient timing, making his air presence threatening.

When playing as Hitman, you’ll want to be aware of the space around your character at all times. Crouching B attack works well at long and mid ranges, as long range blocks or hits can allow you to advance on your opponent. Using this sweep at mid range predictably is not safe, however, as a skilled opponent will dodge in for a free punish if they can see it coming. This is where the deceptively long range of crouching A comes in, as mixing in sudden dashes into immediate uzi blasts can both throw your opponent off and lead into a sweep or even a Surprise Cut (Skill Button/S) for a series of attacks that knocks your opponent away if blocked and nets a small combo if you hit.

Defensively, Hitman has a few good options. While most of these come in the form of his MP attacks such as Bill Drill (Down+MP Skill Button/MP), other attacks such as Surprise Cut (S) and Dead Lift (Down+S) are able to catch opponents who jump in recklessly against you. However, Bill Drill is always the perfect tool if you’re being put under heavy close-range pressure while Final Strike (MP) is the perfect tool for catching opponents at the arc of their jump.

Hitman’s pressure can lead to some pretty flashy combo options no matter what position you are on the screen. As a rule of thumb, combos should always either start with or go into crouching B so as to put your opponent in an airborne state. Regardless of standing or crouching status, however, Surprise Cut will always combo after a mid to close range A or B attack. From there, wait until the muzzle flashes of the Uzi to go into Agile Maneuver (Forward+S). If your opponent is in an airborne state, you can wait until the muzzle flashes then go into Caracole (Forward+MP) for a juggle combo that puts your opponent in position for a long-range sweep follow-up.

After hitting a standing or airborne opponent with Agile Maneuver during your combo sequences, you are able to go into Sweep (Back+MP) if you time it properly. As opposed to Caracole, Sweep will keep your opponent closer to you after your combo is over, setting them up for pressure from your crouching Light attack. You can also use this setup to go for a throw when your opponent gets up. Bill Drill is also an excellent choice in the corner, as it will keep the Hitman very close to his opponent, leaving you with many options for attacking while your opponent is getting up.

Below are some practical combos that build off of the ones learned in the Tutorial mode. These combos have tight timing but do big damage if you can pull them off. Using Shattering Strike may make the timing of these combos a bit more lenient.

This is a solid combo to do on a cornered opponent for big damage.

This combo is good for when you want some big damage when you’re mid-screen. Note this only works after a deep crouching B connects.

This final combo is the perfect move after you get a crouching A hit. If done in the middle of the screen, it will push your opponent to the corner.

READ NEXT: The Best Switch Fighting Games You Should Play