The Discworld Show Makes Me Nervous

Is it even possible to adapt Discworld for television in a way that keeps everyone happy? 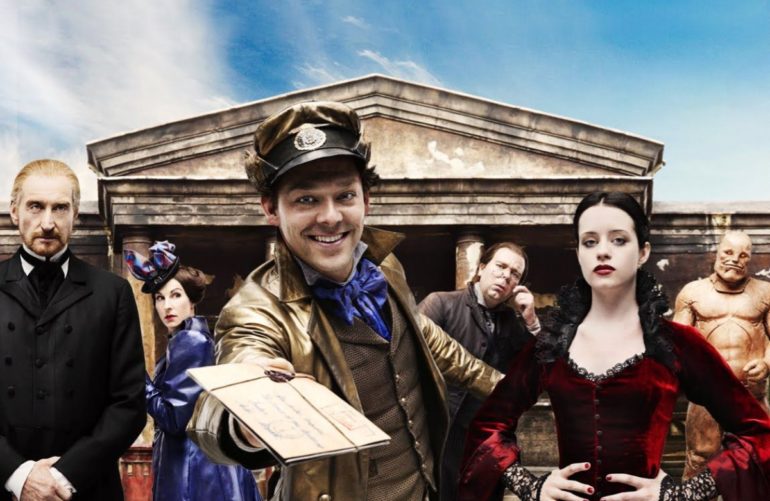 The Discworld clacks have been buzzing this year, firstly due to the release of images of the new BBC America The Watch series and then more recently as it was announced that the late Sir Terry Pratchett’s own production company would be adapting his novels for TV.

Now, these two things are not alike. Although fans were originally excited for The Watch, the news that the series would be a steampunkish adaptation only ‘based on’ the novels has made a lot of people nervous. I’ll admit that I was surprised that the production seems to have taken a different direction than what I would expect. But there was a lot about it that initially excited me. I liked Richard Dormer as Sam Vimes. The rest of the cast looked great, with a healthy batch of relative unknowns who I hoped would bring something fresh to their roles. I even quite like the steampunk look of it, although that wasn’t an opinion I shared at the time – most fans seemed determined to hate it. That’s fair enough. Discworld is beloved for a reason, and that reason isn’t steampunk. I’ll probably be looking back at this in a year and laughing at my misplaced optimism.

The other news at the end of April about Sir Terry’s company, Narrativia, partnering with another company to produce their own adaptations, faithful to his books, has been more welcome. Those versions will be watched over by Rob Wilkins, Sir Terry’s faithful right hand man, and Rhianna Pratchett, his daughter. There’s forty one novels there to work with and we haven’t heard which ones will be getting the treatment. The implication seems to be that it will be all of them, which is an absolutely enormous undertaking on a scale that I can’t even begin to imagine, especially for TV.

Whether The Watch ends up being the absolute disaster many are predicting, and whether Narrativia ends up with forty one novels’ worth of TV remains to be seen. But there are some live action Discworld adaptations that already exist. Between 2006 and 2010, Sky One aired three TV movies based on the Discworld: Hogfather (2006), The Colour of Magic (2008) and Going Postal (2010). None of these were amazingly excellent films, but they also weren’t terrible. My main complaint for all three of them was that although the names and the characters were familiar, the films didn’t really feel like Discworld. It took a while to understand why that was, but now I think that I know, the idea of Discworld on the screen at all makes me nervous. 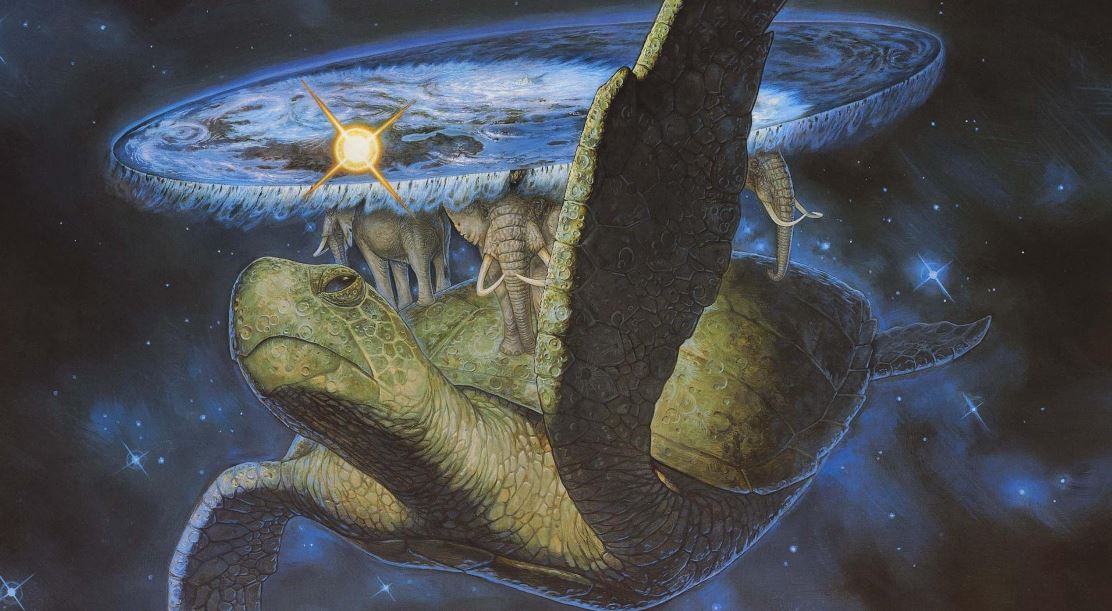 I’ve waxed on a lot over the years about the magic of Sir Terry’s writing. I don’t need to do too much of it here. His characters, many of whom we spend a lot of books with, never get boring. He writes his novels in a close third person narrative style, so we dip in and out of the heads of the characters but he is also able to pull back and observe them from a little bit of distance, and almost comments independently on the action. There are jokes of all kinds, clever wordplay and some that only work on the page in written format, because the pun is in the spelling. Some of the best humour of all is found in the footnotes. The themes are strong and stretch out across many books, joining up not only plots but also characters. The Disc by the last book, The Shepherd’s Crown, is a different place to the one at the start. It evolves and grows and much of that is shown in how characters present, how their old biases and ways of thinking change over time. In short, the utterly perfect medium for telling stories of Discworld is – and always will be – written novels.

With that in mind, it is easy to see why the Sky One films didn’t really have that magic. That strong narrative voice is what makes Discworld. By taking it away, all you have is a series of quite amusing fantasy stories, with some quite amusing characters. Moist von Lipwig, the main character in Going Postal is an acerbic, sarcastic, brilliant conman, who eventually comes to care very much about his new post office. A lot of his wit and character growth was lost in the film, and it was weaker for it. He’s quirky, like Death in the Hogfather was quirky, but quirky characters are a dime a dozen. I’d hate to see a version of Sam Vimes or Granny Weatherwax who didn’t have that rich inner life which makes them so compelling to read about, and so beloved by the fans.

I don’t really have an answer as to how Discworld could be successfully adapted for the screen. I’m not certain that it can really be done, not in the way that the fans would want it to be. I think that is why I’m not so mad about The Watch series, because the Sky movies have proved that a straight adaptation doesn’t really work. It could be interesting to see something go to the other extreme, just for comparison’s sake.

I do believe, of course, that if any adaptations can be pulled off, it will be by Narrativia and Sir Terry’s loyal lieutenants. I am also heartened by the fact that the Good Omens series last year was such a success. It isn’t quite the same, of course, but Pratchett’s voice was strong in that novel too and the adaptation was magnificent. There were sensible changes made to the plot for the sake of the television medium, but the heart of the story was still there, and fan favourites Aziraphale and Crowley were put front and centre to carry the narrative. Neil Gaiman, co-author of Good Omens, did a fantastic job of adapting the novel in a way that pleased not only long term fans of the book but also delighted legions of new ones. I only hope that whoever ends up scripting the new Discworld adaptations, in whatever form that might be, pays attention to how well considered and balanced Good Omens was. It could provide a very helpful, and very insightful, template for success.