DISCWORLD DISCUSSIONS: I Shall Wear Midnight (2010) 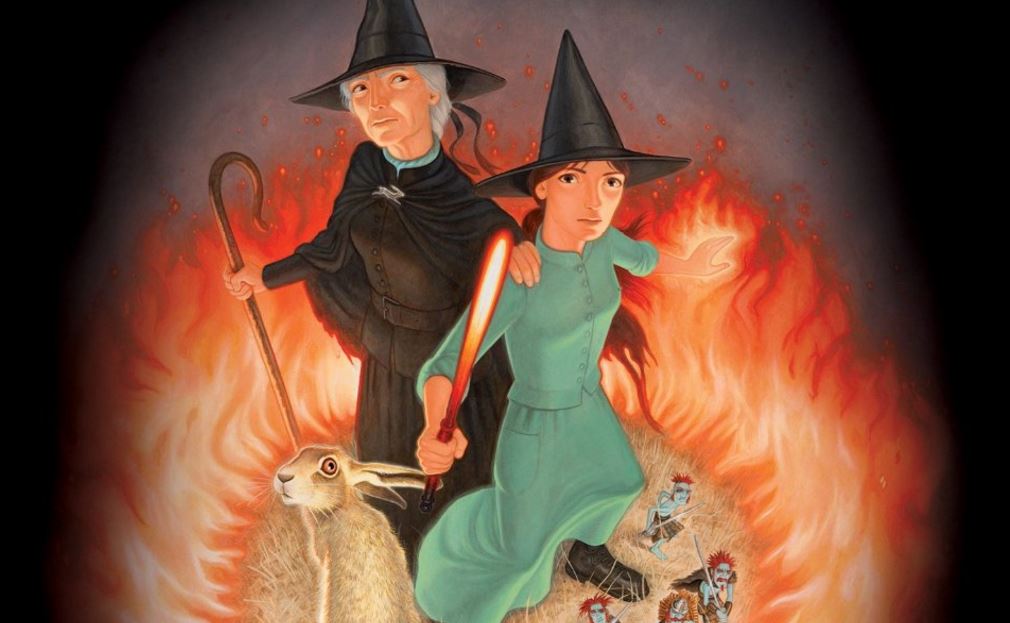 The first thing that strikes you reading ‘I Shall Wear Midnight’ is that it is dark. Dark by Discworld standards anyway, and especially dark by Tiffany Aching standards.

In the first thirty pages, we are introduced to Amber Petty, a young girl who loses her baby after her father beats her, and the mob who threaten to come after him. A few pages after that, we get a description of an old lady who was driven from her cottage and starved to death in the snow. Tiffany calls it the ‘rough music’, the sound that you hear in your head before something terrible happens. It is a bleak start to the novel, but not one that I am surprised about now I have been reading these in order. The natural progression of Tiffany’s story is to explore what happens when that trust in the local witch falters. I am also not surprised when I do the maths in my head and figure out that when this book was published in 2010, Sir Terry had been living with his diagnosis of Alzheimer’s for three years. There is a shift in tone in the later novels, a shift which I feel began with ‘Unseen Academicals’ and went on through the last five books.

Some fans have viewed this shift as a sign of Pratchett’s mental deterioration, a signal that perhaps he should have given it all up before it got this far. I myself find that view very disrespectful; Terry Pratchett was a man who knew his craft intricately, and to dismiss these last half dozen novels as substandard is unfair to him as an artist and as a human being. There is a shift, a slightly different voice that comes through and I’m sure I will explore that further as we reach the last three novels of the series. I would argue though that the tone has only become more serious, and nothing is better evidence for that than the subject of this book.

Tiffany is in real trouble here, faced not only by a semi legendary creature, the Cunning Man, but also the people that he manages to corrupt. Midway through the book it is made clear that the Cunning Man only corrupts people who are open to the possibility of being corrupted, but the point is that so many people are indeed open to it. Even the Nac Mac Feegles, those drinking, fighting irrepressible rays of sunlight, find themselves under threat from a new baron who is willing to dig into the mound they call home to search for a missing person.

Rob Anybody, Tiffany’s right hand man, spends several episodes of the novel in tears of rage, unable to believe that the baron would make such a threat against the place that the Feegles are raising the children. It is, therefore, a novel of serious themes, and that I believe is what has altered the tone. Reading around the topic, looking at the things said by people who knew Sir Terry, this seriousness is no surprise. His close friend Neil Gaiman spoke of Pratchett’s rage at the world, how he couldn’t abide unfairness, and what is more unfair than a man who has made his life on the products of his imagination being told that all of that was soon to be taken from him? I see these last novels as a statement, as Pratchett saying as much as he possibly could, all of the things he might not yet have said, and trying to say them quickly before he lost them forever. It is speculation, I know and nothing more, but I like to think it is speculation with the fairness that Sir Terry would appreciate.

I didn’t mean for this article to turn into a rant, although it is something I have been thinking about for a while. There is a darkness to ‘I Shall Wear Midnight’, although it is not lacking in the other elements that make up a good Discworld novel. Most importantly for me is the brief sojourn that Tiffany makes to Ankh-Morpork, the first time we have seen her visit the city.

There she meets Mrs Proust, who runs the infamous Boffo shop, and whilst on this visit, Tiffany shares a page, albeit briefly, with Sam Vimes. She is, in fact, a little bit intimidated by him, when she is so often not intimidated by anyone, and I loved that idea. We don’t see Sam interact with any of the other witches at any point, and although I’d pay ridiculous money for a Vimes vs Granny Weatherwax novel (I think they would be best friends in the end), I’ll take this short scene and be appreciative of it.

She also meets Eskarina Smith, who you may remember from all the way back in ‘Equal Rites’, aka book three. Eskarina is the only woman who ever became a wizard, the first protégé of Granny Weatherwax whom we ever meet, and there is a nice symmetry to it to have Tiffany meet her now, so close to the end. I honestly can’t say that I had even noticed Eskarina was missing from the series after ‘Equal Rites’ – it was far from my favourite book – but it turns out that she has been living underneath the unseen university pretty much all of this time. She talks about rats who eat the magical waste and become clever, a direct reference to Maurice and his educated rodents, particularly sweet for me because that book has always seemed a little out of place in the series and it is good to have it grounded here in the timeline.

As a last point, I have to mention that several of the websites I use to fact check tell me that this novel features the last appearance of Nobby Nobbs. I don’t know that for sure and am expecting him to pop up again at least once, but if he doesn’t, I just want to acknowledge the end of the line for such a major character and relish the fact that he is, in this three line appearance, being robbed. How the tables turn and how time goes by (although I really hope that he pops up in ‘Snuff’).