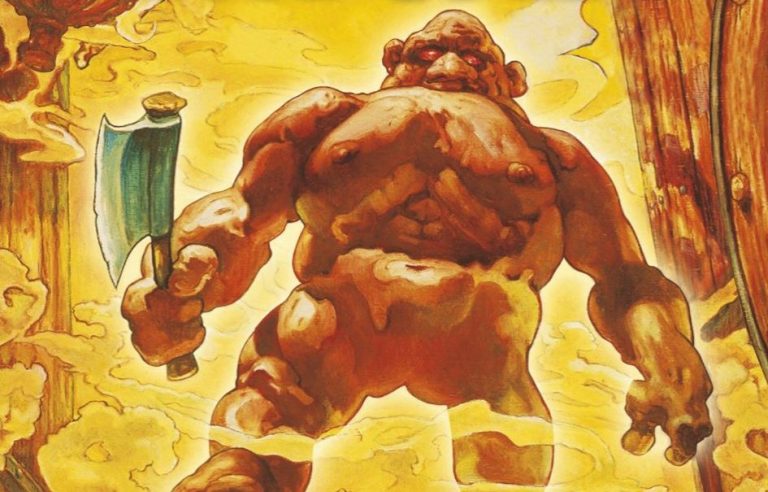 Looking back over my re-reads so far, it is hard to believe that ‘Feet of Clay’ is only the third Watch novel in what is almost half of the series. They become so prominent in the latter half that the idea they could still be forming as characters this late on seems odd to me.

That aside, ‘Feet of Clay’ is a solid detective story, with some of the now familiar Watch race relation stuff thrown in for good measure. The death of two old men in the city brings up the tricky issue of golems, essentially sentient machines, and how far they can be held accountable for what they do when they only follow the orders written down and put into their heads. The undead of Ankh-Morpork hate them, because here is something that has never had a life accepted as part of the everyday workings of the city, whilst the undead themselves are still feared and shunned. The battle between the trolls and the dwarfs of ‘Men at Arms’ seems very simple when compared to the tricky question of whether golems are to be counted as living or not.

In the end, the Watch decides that they are there to speak for those who have no voices, and that includes golems. I’m glad that it did; whilst it sometimes baffles the humans of the Watch that they are in the middle of a battle for the rights of people that they have never previously cared about, the important thing is that they always come through and fight the good fight. My favourite thing about this group of characters is that they are, generally, more inherently good than any other group of characters in any other thread. Vimes might torture himself sometimes over his personal demons but the others, for the most part, have the strong moral compass that you would expect of decent police officers.

As for those personal demons I just mentioned, they are alive and well in Commander Sir Samuel Vimes, who begins the book by giving himself a shave, a task that he is supposed to allow a servant to do. He does not fit into this world that he has found himself in, and this story sees him trying to claw back some of his previous self in little moments of defiance. There is a scene where he swaps his expensive boots for those of one of his men, so that he can walk the streets and feel the world beneath the flimsy soles as he used to do. This little act made me quite emotional; one of Vimes’ definitive moments in an earlier novel is centred on his falling-apart-boots and it is good to know that whilst his life might take a different turn, Sam is always going to be the man that you first got to know.

I also mentioned in the last article that the relationship between Carrot and Vimes was interesting me in a way that it had not done so before, and this book expands on that quite lengthily. Lord Vetinari is being poisoned and the Watch cannot work out where the arsenic is coming from. Carrot, as a long lost heir to the throne, is basically ordered to keep away from Vetinari by Vimes, so that no one can accuse the captain of being in on the poisoning plot.

This is typical of Vimes, because in his newly minted position, he is just as vulnerable to such accusations as Carrot, and possibly even more so. He does not think of himself at all, just as long as Carrot is safe. At the end of the book, Vimes quotes Carrotian words of wisdom back to Angua, just as Carrot often quotes his. I really liked that mirror effect, because it shows growth of both the characters and the growth of their respect for one another.

This story also contains one of Terry Pratchett’s simple but devastatingly effective paragraphs, the sort that knock you back when you read it and forces you to take a break. In describing the ‘Bucket’, the pub that the Watch as a whole chooses to frequent, he says ‘No one could sink alcohol like a Watchman who had just come off duty after eight hours on the street. It was as much protection as his breastplate and helmet. The world didn’t hurt so much.’ Sir Terry has a habit of slipping these sentences in, getting them right under your skin when you least expect it. His most evocative writing is often his very simplest.

“There were no public health laws in Ankh-Morpork. It would be like installing smoke detectors in Hell.”