7 Dick Miller Movies That Could Be Good Remakes

Dick Miller starred in plenty of movies that never had a fair chance to properly shine. 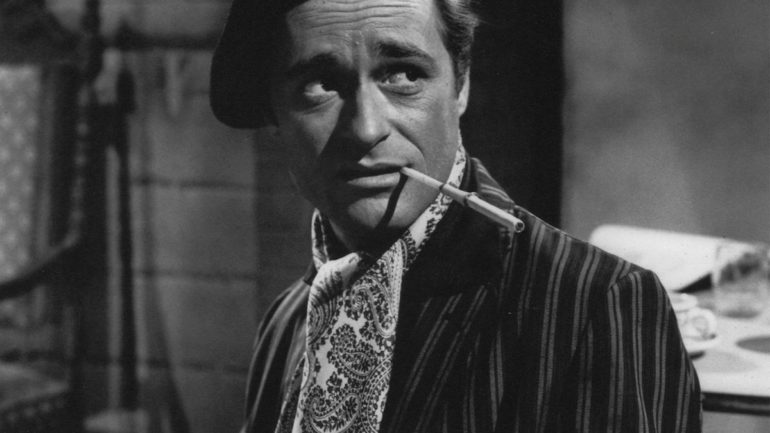 Screen legend and character actor Dick Miller passed away last month of natural causes at age 90. He leaves behind him a storied career that spanned seven decades and 181 acting credits. That and his genre output place him in the same camp as the likes of Christopher Lee, Boris Karloff, Vincent Price, John Carradine, and Peter Lorre — some of whom he worked with.

He rose to fame acting in the films of Roger Corman starting in the 1950s and found jobs constantly thereafter in the movies of Corman’s prized pupils, including James Cameron and Joe Dante. Their finest and most widely familiar work in cinema (e.g., The Terminator and Gremlins) featured Miller in a cameo or supporting role. Quite a few of those, beyond the obvious, have their own devoted followings.

And in a business that can’t let go of the past, where there is a following, there is opportunity. That’s why everything gets a sequel or rebooted (Terminator and Gremlins are perfect examples). Miller’s corpus contains pickings ripe for a new take in today’s movie scene. What follows are seven of the best lesser known movies featuring — or starring — Dick Miller begging for a remake (whether one is in development or not, and if some of them are, all the better).

One of the most infamous titles of all time, you’ve no doubt heard of it even if you don’t know what it’s about. Young adults who are supposed to be teens hook up in a shopping mall after hours. The problem is the place’s new security system — robots on wheels that are nigh indestructible and fire cranium-popping lasers like Cyclops from the X-Men — has gone crazy after a lightning strike.

Miller plays Walter Paisley, the janitor that gets electrocuted right as the robots go berserk. It’s a quick scene but it stands out as one of the many times he’d bear the name Walter.

Produced by the husband-wife team of Miller’s mentor Roger and Julie Corman, Chopping Mall is the kind of movie that plays on modern fears of artificial intelligence and if it can be controlled. That’s sort of a theme in his oeuvre when you look at this and Terminator. Ahead of its time, Chopping Mall would have far more resonance today in an era of greater technological advancement and paranoia over watchful CCTV.

It also sports an after-credit sequence decades before Marvel Studios would turn them into a staple.

“I swallowed my gum.”

Three nerdy kids (Ethan Hawke, River Phoenix, and Jason Presson) encounter strange aliens when they blast off into space aboard a vessel they constructed in their backyard.

A Joe Dante film, this kid-friendly space odyssey is one of the memorable collaborations Miller had with Dante in the 80s. The thespian plays Charlie Drake, a helicopter pilot obsessed with UFOs who intercepts the boys’ spacecraft and tracks them down.

Explorers, like so many, flopped at cineplexes (thanks to some movie called Back to the Future) then cultivated its audience upon VHS release. Reportedly, Paramount is developing a new version, so this one, above all, might have some liftoff.

Two college students (Steve Marshall and Jason Lively, brother of Blake) steal a body on ice from their school’s anatomy lab for a prank. Little do they know the cold corpse is host to replicating alien slugs that turn people into zombies. Helping them to clean up their mess is no-nonsense cop Ray (Tom Atkins).

The plot sounds like something James Gunn came up with, but where do you think he got it?

Night of the Creeps was directed by Fred Dekker (The Monster Squad) and is the sort of horror parody Miller gravitated to. Dick’s back again as a guy named Walt, this time manning a police evidence lock-up. One of those 80s sci-fi horror films that developed a following, a remake or sequel is often demanded by fans. Either could gain traction in memory of Miller.

A classic with quite a pedigree, Miller starred in a supporting role beside Boris Karloff and a young Jack Nicholson — another famous Corman protege. Nicholson is Duvalier, a Lieutenant in the French army during the time of Napoleon, who is saved by a mysterious woman (Sandra Knight, a future Mrs. Nicholson) connected to a castle occupied by an aging Baron (Karloff) and his major domo Stefan (Miller).

The story behind the production might be more interesting than the film itself. Corman is credited as the director but he had help from some of his best mentees: Francis Ford Coppola, Monte Hellman, and Nicholson himself. Low-budget master that he is, Corman shot scenes as quickly as possible and tried to get Karloff wrapped in two days. In later years, The Terror was used as the film within a film in Peter Bogdanovich’s ode to Hitchcock and random violence, Targets. Miller shot new scenes in 1990 for a foreign re-release meant to get the rights back from public domain.

Regularly a selection on cheap DVD box sets and late-night movie shows, it would be excellent if someone elevated The Terror with a reverent remake.

Though not the first thing you think of when Dick Miller comes up, Mask of the Phantasm is still one of his most highly regarded films, because of the IP it’s attached to. In the standalone spinoff of the hit animated series, Batman must investigate a string of mob murders he is accidentally framed for — murders that trace back to the Joker, a love interest from Bruce Wayne’s past, and the ominous new vigilante in Gotham, the vengeful Phantasm.

As crook Chuckie Sol, Miller plays the biggest catalyst that advances the plot. In fact, he’s one of the first voices you consistently hear until Sol is dispatched. Co-starring with many other notables including Mark Hamill, Kevin Conroy, Efrem Zimbalist, Jr., Abe Vigoda, Dana Delany, and Stacy Keach, Miller turns in one of his best performances — and quite an underrated one at that. A live-action remake would be the perfect way to pay tribute to the man and would go a long way to revitalize the faltering DC Extended Universe.

“Your classic werewolf can change shape anytime it wants, day or night, whenever it takes a notion to him. That’s why they’re called shapeshifters.”

Directed by Joe Dante, an associate since the days both worked under Corman, Howling is noteworthy amongst fans of Miller and Dante’s films as well as devotees of low-budget werewolf movies. In this cult-classic thriller, reporter Karen White (Dee Wallace) suffers a traumatic experience at the hands of an obsessed lycanthropic fan, Eddie Quist (Robert Picardo). Her doctor (Patrick Macnee) then invites her to a woodland retreat for people suffering from PTSD where something sinister and wild is afoot (or “apaw”).

This film plays host to one of Miller’s many show-stealing bit parts — again named Walter Paisley, this time a Los Angeles book dealer. Miller slides from shelf to shelf, delivering exposition about werewolves (or shapeshifters) and the full moon, with the command of an old pro, as if he was Laurence Olivier performing Shakespeare. He gives some of the most memorable lines, from mentioning the Manson Family used to shoplift at his store to decrying the connection the Moon has to transformation into a wolfman as “a lot of Hollywood baloney.”

Based on a novel, The Howling became a franchise containing sequels that never did better than the original. Remakes and recent sequels in name only float around out there or get announced just for the plug to be pulled. A proper remake (hopefully involving Dante and a decent budget going from source material) is supposedly in development but nothing concrete is emerging yet. If you are going to do it, do it for Walt.

“All creation is graham crackers. Let them crumble to feed the Creator.”

This is the big one, the one that started it all for Mr. Miller — and Walter Paisley. Directed by Corman, Miller plays Paisley for the first time in one of his few starring roles. Paisley is a ne’er-do-well busboy at a beatnik coffee house. In awe of the poets and artists around him, he wants to be a decorated sculptor, but doesn’t have the talent. He finds a way around that when he starts casting corpses in clay and plaster. Blundering his way into the deed initially, it isn’t long before Walter turns to murder for fresh subjects.

A Bucket of Blood was Miller’s star-making picture, an interesting concept that bears revisiting in a post-Saw and French New Extremity era of psychological thrillers. Remade once before for TV in the 90s when Corman was redoing all his greatest hits, Bucket only ever received a cut-and-paste, by-the-numbers treatment. A serious update for theaters or Netflix aiming for the heart and a darker tone than the original is called for.

Here’s to Dick Miller, a thespian.