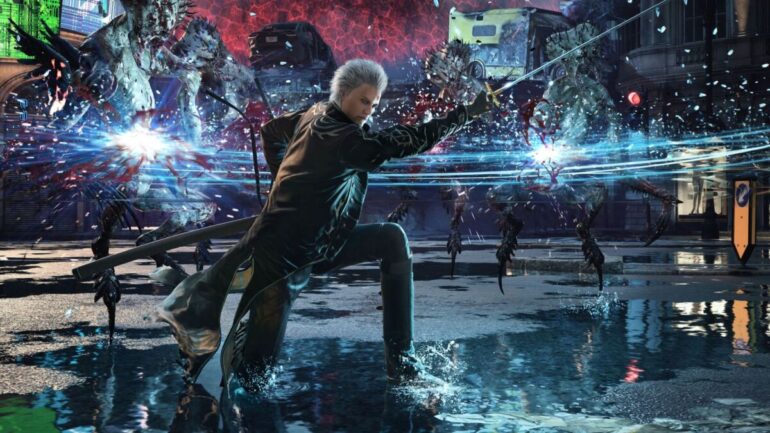 During last night’s PS5 Showcase, Capcom announced that, similar to DMC 3, 4 and Ninja Theory’s DmC, they will be releasing Devil May Cry 5: Special Edition, an enhanced version of the game that includes, among other things, a playable version of Vergil.

Better still, it’s launching day 1 for next-gen consoles, meaning it’ll be available to buy on November 10th for Xbox Series X/S, or November 12/19th for PS5. Check out the debut trailer below.

Along with adding Dante’s edgelord brother Vergil (I love him) to the game as part of the playable roster, the Special Edition adds raytracing, enhanced 3D audio, fan-favourite modes from previous Special Editions like Turbo Mode and Legendary Dark Knight, along with all the additional content from the original game’s Deluxe Edition.

As mentioned, Devil May Cry 5: Special Edition will be launching day one on both next-gen consoles, with raytracing confirmed as part of a title update for Xbox Series X/S. A physical version of the game has been confirmed for PS5 and Xbox Series X, and Vergil will also be added as a paid DLC character for those who already own the regular version of the game, but timings for both have yet to be confirmed.

However, it would appear that Capcom have shot down any plans of the Devil May Cry 5: Special Edition coming to the PC. As reported on by Eurogamer, a Capcom spokesperson has issued the following statement: “Devil May Cry 5 Special Edition is specifically being developed and optimised to benefit the system architecture and leap in processing power offered by PS5 and Xbox Series X, so we’re focusing on these platforms. At present, there are no plans to release DMC5 SE on PC.”

It seems strange to me that Capcom wouldn’t devote resources to bringing an expanded version of one of their most popular and successful games to PC, especially with the new Nvidia GPUs dropping today which are designed to support raytracing. It’s a bit strange, but if Capcom want to turn down money, that’s their prerogative, I guess.