Desert Child is an ambitious cyberpunk racer that feels more like a preview of what could be a truly terrific game. 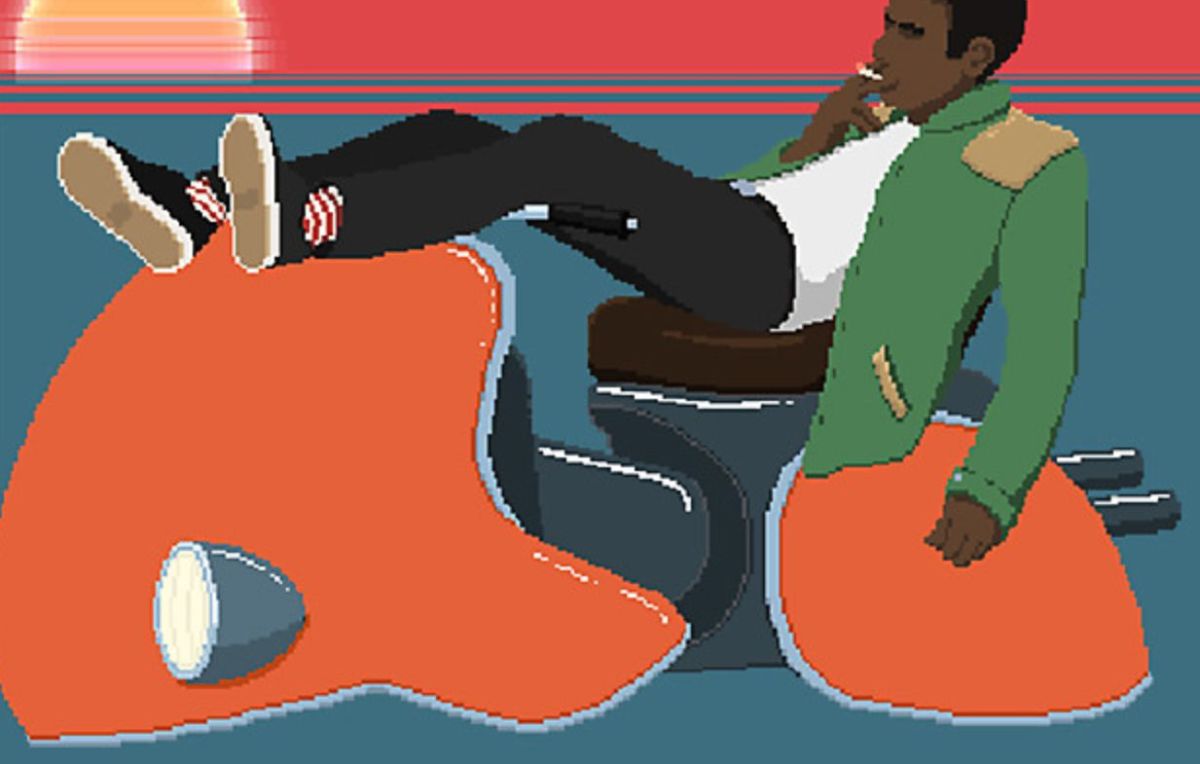 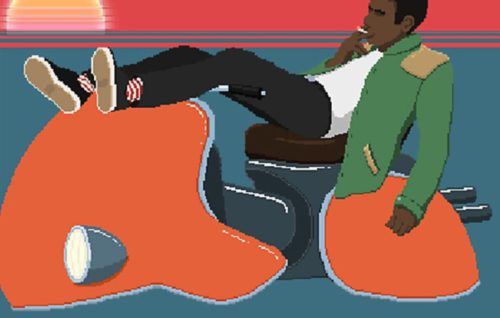 Sometimes winning isn’t everything. And sometimes it is. Sometimes knocking an opponent out of a race provides a big payout. Sometimes throwing the race does. Desert Child is all about deciding what kind of racer you’re going to be.

You’re an up and coming hoverbike racer who needs to make it to Mars to enter the Grand Prix Race. You’ll take on whatever odd jobs, legal or otherwise, you can find to afford the Prix’s hefty entry fee. This will test a player’s racing chops as well as their morality. This is the world of Desert Child, a lo-fi cyberpunk racer from designer Oscar Brittain that combines fast-paced hoverbike racing and light RPG exploration mechanics. Gameplay consists of two primary modes: racing and exploring the hub world of Mars. 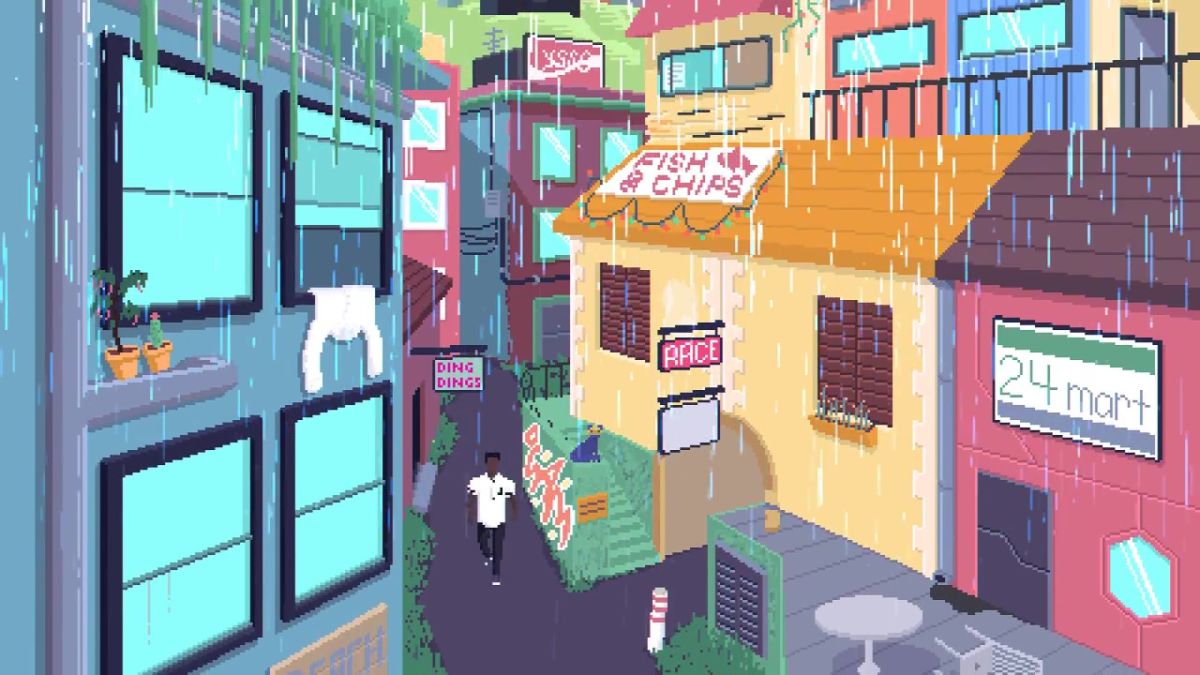 Races begin simply enough, as you are pitted against an opponent and race across a handful of tracks filled with obstacles and TVs firing lasers attempting to impede your progress. Your bike is equipped with one of four starting firearms that function to destroy TVs as well as temporarily slow down your opponent’s bike. You can also use a sideswipe at the cost of no ammo, but your bike takes more damage over time. Bike damage and your racer’s hunger are two stats that the player must monitor to ensure they’ll perform at optimum racing potential. Inadequate management of either will negatively affect their bike’s boost (a brief surge of speed), recharge rate, and how many boost bars they will have. This isn’t anything a bowl of ramen or a visit to the local repair shop can’t fix, but it’s this light RPG mechanic that makes the player feel more involved in the world of Desert Child.

There are only a handful of venues you’ll be racing across, though they mostly differ from one another in setting more than in terms of challenge. There are some slight variations in obstructions or killer TVs, but nothing that resulted in my altering my tactics from race to race. As there is no race map, a clever audio indicator plays when the race is coming to an end. The cue can be heard within the soundtrack currently playing, which the player will quickly become familiar with after several races. 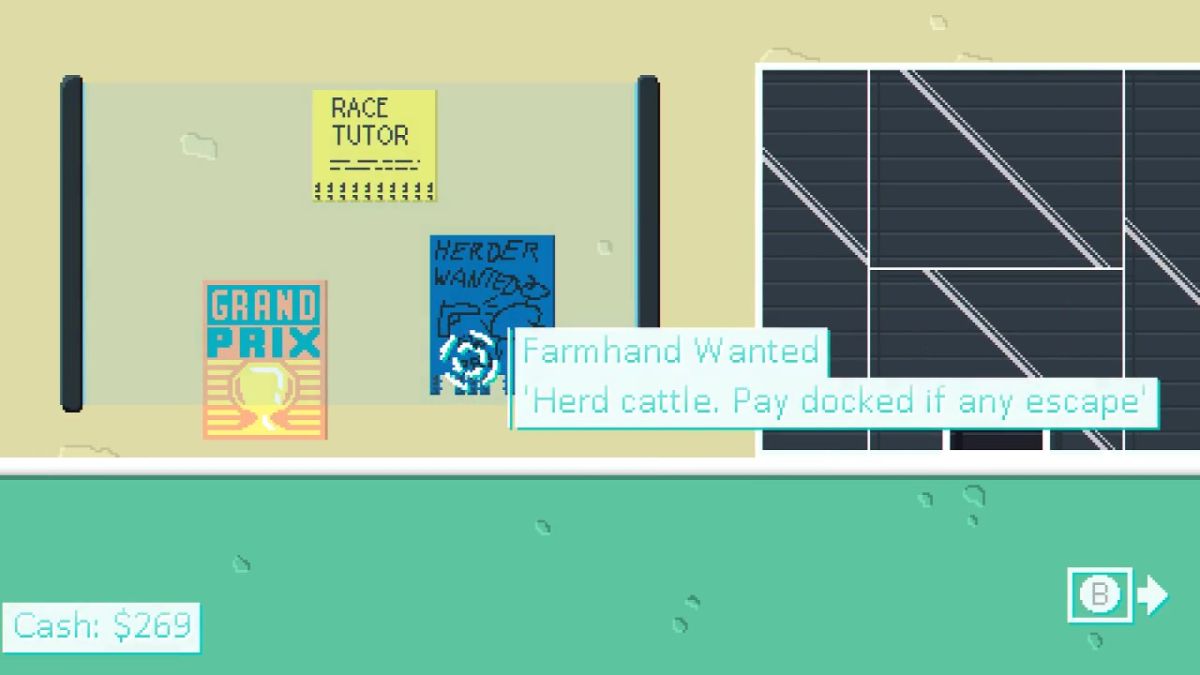 I found the hoverbike racing to be responsive and the overall handling to be light and snappy. This places a greater emphasis on the choices a player makes during a particular race. Do you focus on damaging your enemy’s ship? Target money bots? Or concentrate on destroying as many attacking TVs as possible? At the end of each race, you’re given a score based on your performance and earn cash accordingly.

Once the player accrues enough funds to get a ticket to Mars, the game opens up and shows how a limited budget can’t stop a developer’s vision. In spite of Desert Child’s lo-fi aesthetic, its world manages to create a tone and evoke an atmosphere that is all its own. What it lacks in jaw dropping visuals it makes up for in a detailed and realized cyberpunk setting, clearly influenced by series’ such as Cowboy Bebop. This mostly comes across in the game’s phenomenally funky hip-hop soundtrack, cohesive with the art and atmosphere. Mars is composed of bustling multicultural communities that are a mix of old world architecture and new world technologies. It can be jarring as you wander a beach only to see a worn out, graffiti-covered Mech repurposed as a lifeguard tower. 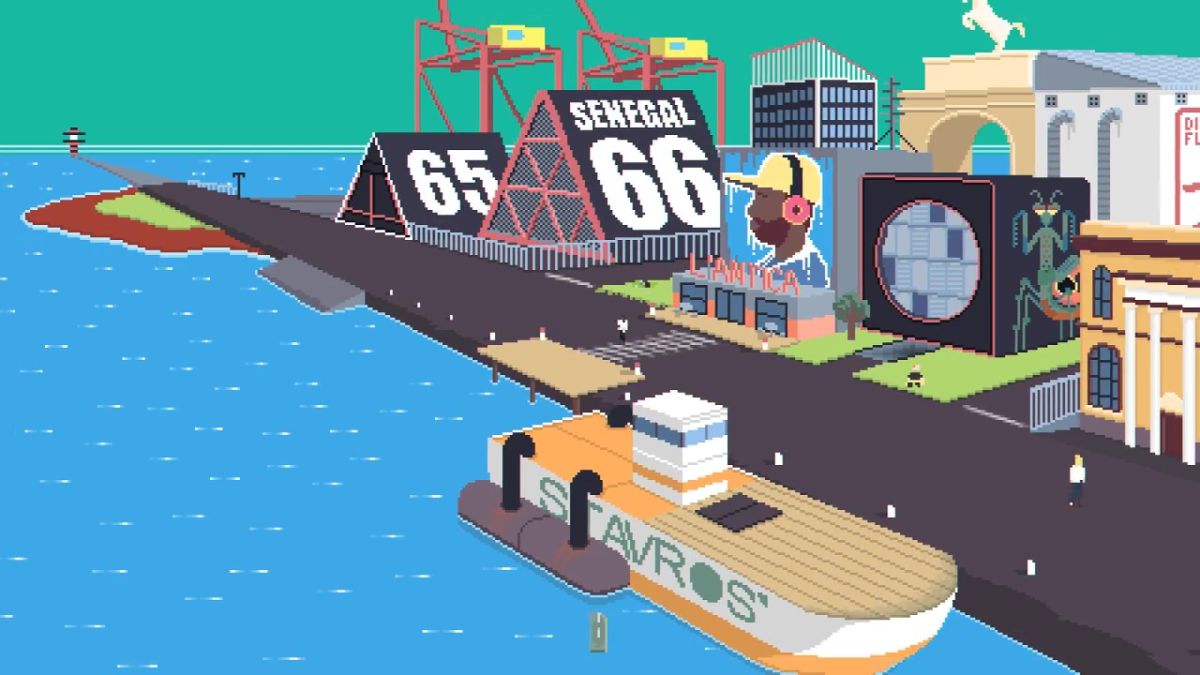 The streets of Mars are where the player will find several different types of job contracts outside of the standard race mode. To Brittain’s credit, he’s done a remarkable job of tweaking the core race mechanics into creative, and frankly, weird alternative race modes to the standard ones. One contract replaced my hoverbike with a pizza delivery bicycle and had me hurling pizzas at hungry customers to a funky pizza themed soundtrack. Another had me wrangling a herd of runaway kangaroos. There are also more nefarious missions that ask you to throw a race or damage an opponent’s hoverbike. While these jobs pay more, they also raise your infamy level. Let it get too high, and the fuzz will be after you, triggering a chase sequence. The variation of these missions is what gives Desert Child its most memorable moments, as the base gameplay is relatively simplistic and one-note.

And this is my most pressing gripe with Desert Child: if the racing doesn’t click with you, you’re left with an atmospheric setting and little gameplay. For everything it does well, there isn’t a lot of it to experience, as I completed the game in a little more than two hours. Despite my praise of the mission types, there are maybe five or six, and that’s it. The amount of grinding required to save up the $10,000 entry fee for the Grand Prix can become tedious bouncing between the same missions over and over. 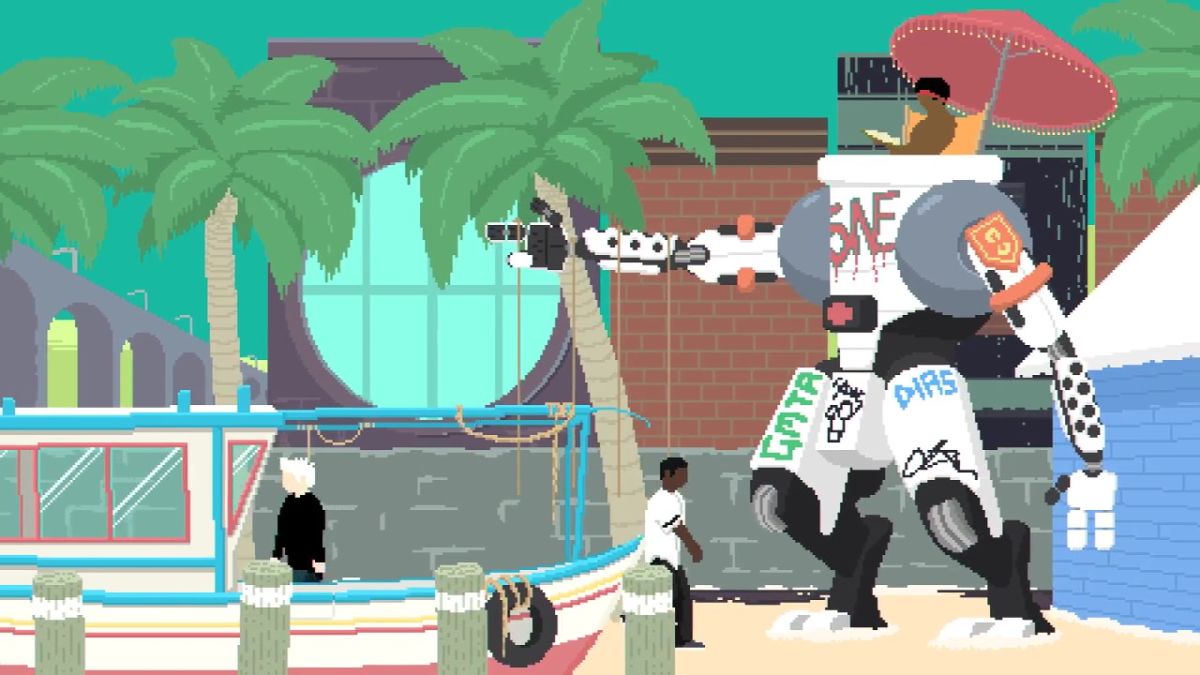 And then there’s the Grand Prix race itself, the game’s big culminating event, with three single elimination races and once you win, it’s game over. Your journey ends, albeit, by the time you enter the Grand Prix, Desert Child has run out of things for you to do. This is a game that I want more of, as what’s here feels like a tease of what could be. Given more resources or development time, I would love to see more mission variety or content being included down the road.

The game is an experience reliant on a player’s interest in the core racing mechanics. The RPG mechanics are very light and if you weren’t as captivated by the cyberpunk aesthetic as I was, you could find yourself disinterested by its world. Desert Child scratches a very specific itch for me, as I loved its cyberpunk weirdness and found the racing engaging enough. Yet I couldn’t help feeling disappointed by its abrupt ending and, towards the end, its grind and repetitive nature.

Verdict
Desert Child is an ambitious cyberpunk racer that feels more like a preview of what could be a truly terrific game, hampered by short length and lack of gameplay variety.
7