The successor to Avatar: The Last Airbender still struggles to escape its ancestor's shadow. 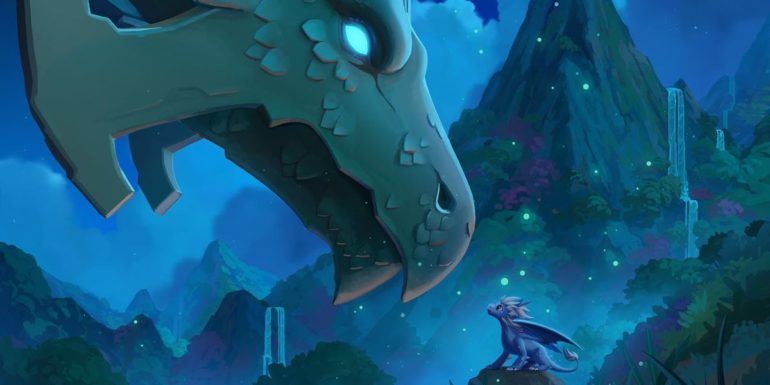 Once again we return to the mystical land of Xadia and reunite with the trusted trio of Rayla, Callum, and Ezran. Being already familiar with the characters and the fantasy world they live in, returning to The Dragon Prince feels like slipping on a pair of well-loved, well-worn slippers. The first two seasons delivered a good mixture of action, drama, and slapstick humour, building and developing the characters and various storylines over the eighteen episodes.

Season 3 attempts to continue in that style and in some respects it does work well. But overall this third entry lacks the polish and charm that the show delivered so well in its previous seasons. This is a shame, because certain aspects such as the fantasy elements and particular character arcs are executed very effectively. The show’s core focus is on Rayla, Callum, Ezran and their quest to return baby Dragon Zym to his mother in the mountains, and that aspect is carried forward accordingly and works in its favour. It is the surrounding content that feels a bit undeveloped and weak in places.

The stakes have been fairly high throughout the entire show, but they feel even higher in this third entry. One of the aspects that worked very well with Avatar: The Last Airbender was the way the lead characters grew and matured from season to season. That formula has been replicated in The Dragon Prince and it works to great effect.

Ezran is still young, inexperienced and unfamiliar with leadership and the responsibilities of a king. By thrusting such a young character into a prominent role, it creates more of a challenge and allows for a decent amount of character development. It also serves for a nice role reversal, as in previous seasons the burden of responsibility was on Callum and Rayla’s shoulders.

They still have a big responsibility, especially in regards to the all-important baby dragon Zym they are escorting. But there is definitely more humour between the pair, which the show previously kept limited to Ezran and his toadlike companion Bait.

Most importantly, though, we get a mixture of drama and comedy. At the end of the day it is a family programme and needs to have enough light relief to counter the more serious parts of the season. There are plenty of comical moments and although they can be a bit obvious and lack sophistication, it doesn’t become overly annoying or tedious.

The drama included is mainly to do with the character’s internal struggles and on a larger scale the ongoing threat of war. It is an added element that has provided a parallel running storyline alongside the trio’s main quest. Due to Ezran’s recent appointment of the king it feels even more prevalent in season three.

What’s nice about season three is how it keeps the tone of the show consistent while simultaneously ticking all the right boxes of the fantasy genre. Although the trio has been split up, the quest to deliver the baby dragon still remains. In fact, breaking up of the group is a classic fantasy trope – to have various characters separated and following their own storylines is extremely common in fantasy works.

In addition to this, you have Ezran learning war politics and trying desperately to maintain the peace. There are also some great action sequences involving swordplay and magic. It is satisfying how the show continues to hit the key fantasy markers, while also bringing enough of its own ideas.

There’s a lot going on in season three, and in the first few episodes alone time is divided up between four groups and narratives. On the plus side, it means that there is more than enough variety provided. Having said that it can feel a bit too overstuffed at times. Especially considering that the episodes are only half an hour long in length. In Avatar: The Last Airbender there were multiple storylines but the two central ones focused on Ang and friends and Zuko and his uncle.

Despite there being some complicated moments, the show had a satisfying simplicity. The ideas were at their core easy to digest. Earth, Wind, Air, Fire. The magic in The Dragon Prince feels a bit less clear cut. While it is admirable that the creators have tried to develop more complex ideas, they are never ever properly explored. Callum owns the magic cube and his sorcery book but neither are touched on nearly enough. Plus one magic spell he learns later on in season three isn’t explained properly.

Viren also uses magic during the season with the help of his bug/elf ghost companion Aaravos. While it is clear that Viren is a sorcerer of dark magic, the extent of his powers are never quite certain. The inclusion of his new ally illuminates some of his abilities but it is still uncertain as to who controls what and how it exactly works.

Ezran’s ability to communicate with creatures is presented better, but that really only comes into play later on in the season. The main problem is that like other aspects of the show there is too much going on. There is Callum’s magic, the elven magic, dark magic and dragon magic – but not enough time to explore all of them in sufficient depth.

Fortunately the characters fare better than the story. Ezran, Rayla and Callum are engaging, likeable and funny. The rift between them only highlights how awesome they were as a trio and I found myself genuinely wanting Ezran to reunite with the other two while watching.

A big problem this season has is Viren. In the previous seasons he was a cunning and calculated character who has been able to craftily manipulate those around him to achieve his goals. But in this season he has developed into a full blown power hungry tyrant.

While it makes sense for this to happen over time, what isn’t realistic is how everyone seems to just go along with it. There are a few times when he cleverly twists the odds in his favour. But it’s so abundantly clear that he is inherently evil that the fact that most don’t cotton on is puzzling.

This is demonstrated most clearly through his relationship with his children Soren and Claudia. Since season one both siblings have struggled to know wrong from right. Their love for their father Viren clouded their judgement. Up until season three this had made sense, as people do naturally shy away from painful truths about loved ones.

But there is a point when enough is enough. Soren was the headstrong but  vaguely slow-witted character of the show. But in season three he is presented as a complete moron, which is a disservice to his character. Especially since there was some interesting character development given to him in season two.

Furthermore Claudia, who is supposedly the brainier of the two siblings, seems just as clueless as her brother. Instead of the characters continuing to develop since season two, they seemed to have moved backwards – and what doesn’t help is that they don’t get much screen time in season three. Although they were never the primary focus during the previous two seasons, Soren and Claudia still had enough focus to warrant inclusion. In the case of season three, they feel very superfluous.

Returning to my earlier point about having too much content, the season also feels quite rushed. The pacing doesn’t feel as good as the first two seasons, despite it being the same number of episodes. The first two seasons continued to further the overall plot but there were also a number of episodes which were self contained, where the trio would discover some interesting new place or surprising threat.

There are a few instances of this in season three but they quickly get pushed to one side, in place of the main narrative running throughout the season. The last three episodes in particular feel like a race to the finish line, and although the final battle of the season has an epic feel to it, it is all over far too quickly. In its attempt to conclude so many character arcs and story threads, the conclusion of the third season of The Dragon Prince feels somewhat anticlimactic and underwhelming.

This is where unfortunately Netflix’s season and episode format is partly to blame. By limiting the show to only nine episodes and half an hour in length, there isn’t nearly enough time to cover all the material presented. I keep comparing The Dragon Prince to Avatar: The Last Airbender, but this is because at some times it feels like a great successor – and at others, a cheap knockoff. One of the great aspects about Avatar was that each season was about twenty-two episodes long.

This benefited the show in two ways. It allowed for a number of individual, self-contained episodes which provided a nice break from the intensity of the main storyline. Secondly, the bigger collection of episodes resulted in more character development. The Dragon Prince is a more complicated beast and yet it has less episodes. There are more characters, more stories and a bigger world but half the amount of time to tell it.

The animation style is a weird mix. The fight sequences are smooth and sleek-looking, with a certain amount of visual flair. Additionally, there are some very impressive and pretty moments when we see Callum and Rayla strolling through enchanted woods. But the 3D approach will never beat the traditional hand-drawn approach. It seems caught between cel-shaded and three dimensional and the strange combination never quite sat well with me when watching.

Season three of The Dragon Prince has a handful of good moments and it’s nice to see the returning trio and baby Zym continuing their quest. Some of the fantasy elements work well such as the focus on the political landscape of Xadia and Ezran’s struggles as king.

There are some cool action sequences and a short but sweet final battle at the end of the season. Unfortunately, the character development isn’t strong enough to provide adequate investment and the season is far too rushed in its delivery. 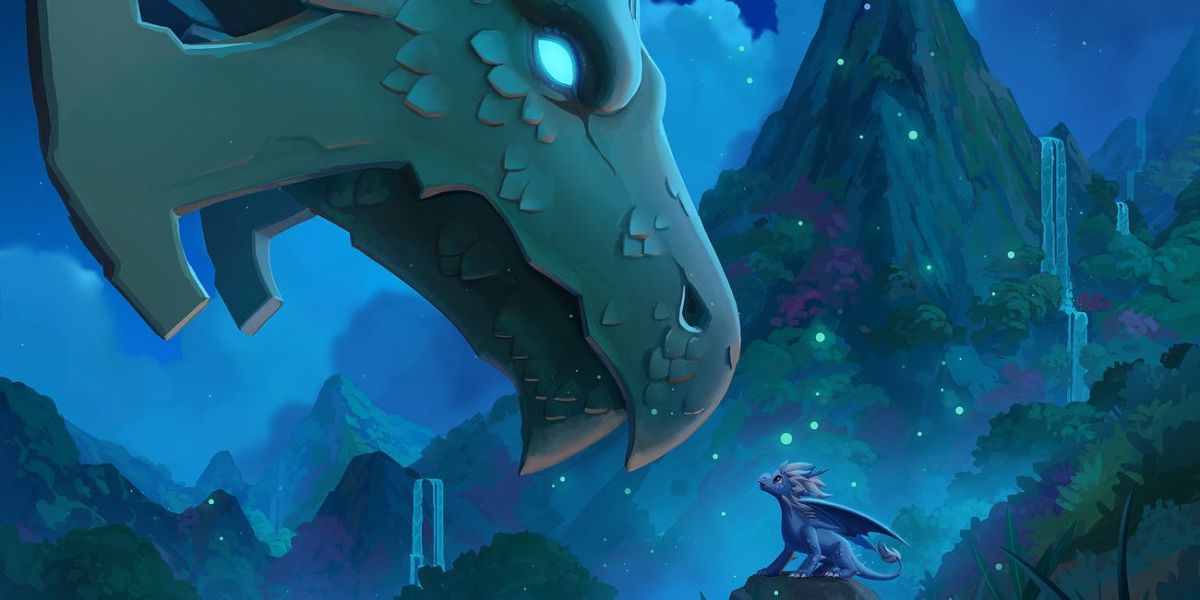 Verdict
A slightly underwhelming third season which bites off more than it can chew. Still worth a watch, but not nearly as engaging as the first two seasons.
6.5
Cultured Vultures is a pop culture website established in 2013 covering all things gaming, movies, and more. We eat your words.
All The News On The Biggest Games