The Dragon Prince: Season 1 REVIEW – Great, But No Last Airbender 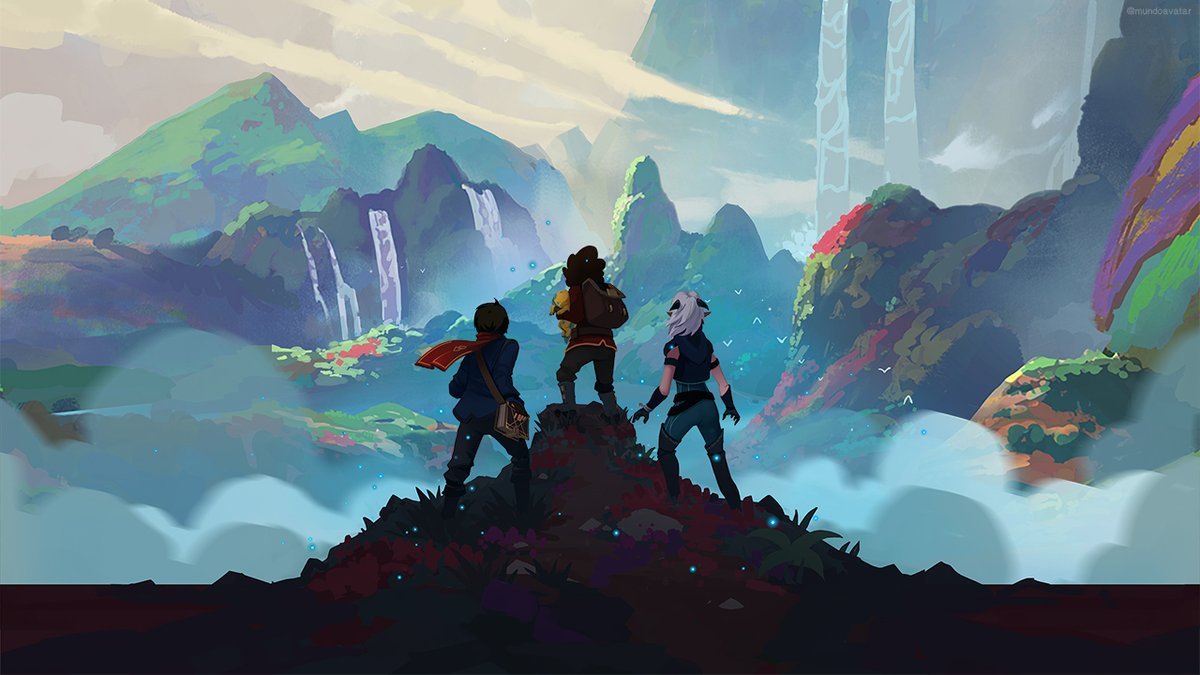 Ever since the conclusion of The Legend of Korra, fans of the successful Avatar franchise have been looking for a new animated fix, and finally, it is here, though not in the way they may expect. As usual, the hub of new and creative ideas – both successful and rubbish – known as Netflix has come out with a new series, The Dragon Prince. Created by Justin Richmond, who co-directed Uncharted 3: Drake’s Deception, and Aaron Ehasz, the head writer and director of The Last Airbender, this animated series is engrossing, though not on the same level as its predecessor.

Prior to the events of the story, in the magical land of Xadia, there are six natural elements that the world draws magic from: the sun, the moon, the earth, the stars, the sky, and the ocean. All is well, until humans discover dark magic, which causes them to be exiled from Xadia. To keep the uneasy peace, Thunder the king of dragons guards the border between the realms of man and magical beings.

However, humans eventually kill Thunder as well as destroying his only egg and heir. The story takes place just after this event and follows the adventure of human princes Callum, Ezran and their unlikely elven ally Rayla as they venture across the land in the hopes of bringing an end to the war between their species. However, a hidden threat wishes to stop the princes and take over the throne of the human kingdom before pushing the lands into all-out conflict. 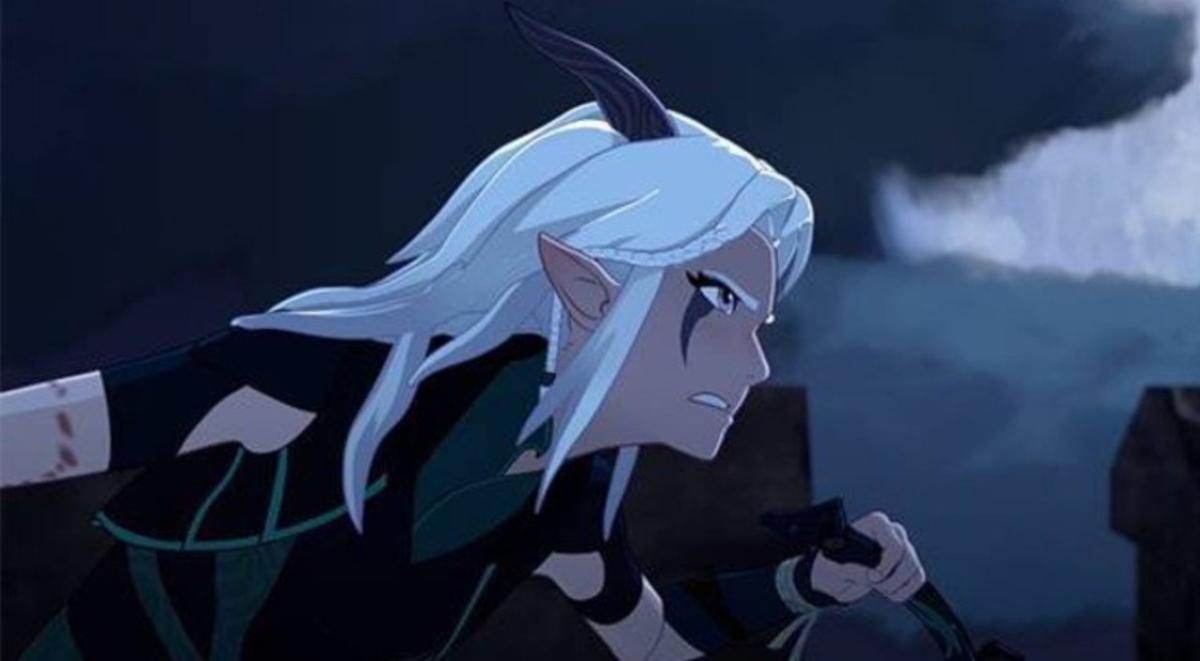 Released on Netflix on the 14th of September, right off the bat, it’s obvious that The Dragon Prince has a lot of influences from The Last Airbender. It even seems to follow a similar narrative structure as the show: a group of unlikely young heroes adventure across a fantasy land during a tipping point in the in-universe’s history. Other things like the elemental based magic, the weird creatures, even referring to the seasons as books are something to note as well.

However, there is another thing this series took from Avatar: the great storytelling. From episode one, it covers everything you need to know going into this story and provides a good narrative hook to draw us in. One welcome change is the villain of the show. While in The Last Airbender, the threat of the fire nation led by tyrannical Lord Sozin gave audiences a clear-cut villain to rally against. However, The Dragon Prince’s main antagonist is more of a manipulator who is hidden in plain sight, which provides an interesting change to the narrative formula. The writing also shares a lot of the positives of The Last Airbender. It has its moments of comedic gold that audiences of all age can giggle at, but it also isn’t afraid of having its serious and threatening moments.

The first aspect of the show that will be hard to ignore is the animation. The Dragon Prince was created using 3D computer animation, with cell shading and a reduced frame rate to resemble traditional 2D animation. However, it doesn’t have a consistent natural flow and comes off as clunky when first watching it. Perhaps actually doing traditional 2D animation instead of trying to imitate it would have been a better decision. With that being said, the show is very colourful, with a wide colour palette and a range of different environments, from homely castle keeps to rolling green forests and freezing snow villages. When the audience does get used to the jerky animation, it is very nice to look at. 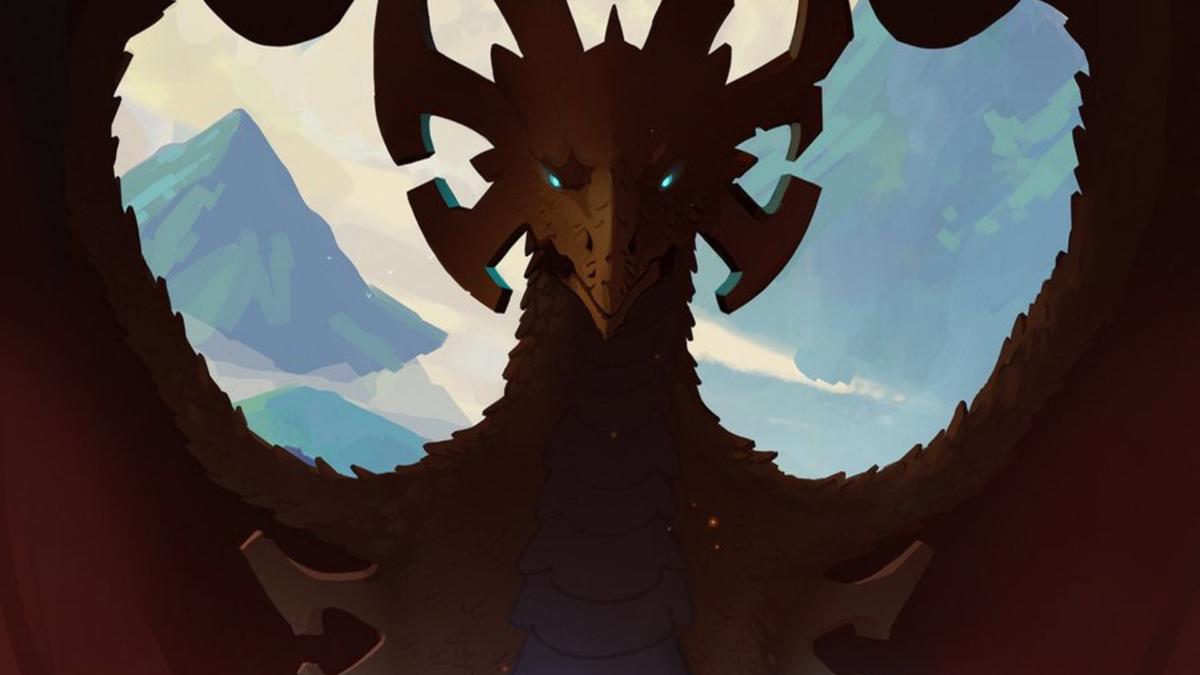 There is a wide range of talented voice actors, ranging from famous voices to less well-known names: Prince Callum is voiced by Jack De Sena, the same voice actor who played Sokka in The Last Airbender. Sasha Rojen, who has appeared in The Flash and iZombie, brings the role of young Prince Ezran to life. Paula Burrows does the voice of Rayla, and though her Scottish accent is a bit off (the same can be said with some of Moonshadow’s elves), she still gives a really good performance. Other voices include Erik Todd Dellums, you may know him better as Three Dog from Fallout 3, and the character of Viren is voiced by Jason Simpson, who has also done voice work for battle-arena giant League of Legends. Each of these actors go all out for their roles and breathe life into this colourful range of characters.

All in all, this show is very enjoyable. It feels very much like a hybrid of The Last Airbender and RWBY. The first season is short and sweet, with nine episodes that last about a half hour each. Though The Dragon Prince isn’t as engrossing as its predecessor, this latest project from the writer of The Last Airbender is a wonderful adventure, full of danger and excitement. Perhaps it would have been nicer if the season lasted a couple more episodes longer as the relationship between the three protagonists could do with a little more development. The animation can be a bit of an eyesore first coming into the show, but you’ll quickly get used to it. All in all, as far as opening seasons go, this is a brilliant step into a new world and a beautiful taste of what could be an amazing adventure.

Verdict
Much like The Last Airbender, The Dragon Prince has something that everyone can relate to. It’s mature enough that adults can enjoy it, but not overbearing - and still very much child friendly.
8
Cultured Vultures is a pop culture website established in 2013 covering all things gaming, movies, and more. We eat your words.
All The News On The Biggest Games