Alright, settle down in the comments. 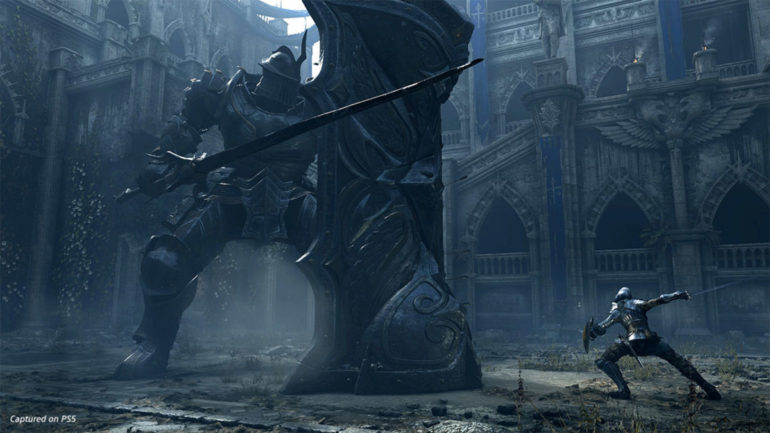 For those lucky enough to have purchased a PS5, either over the past week in America and other territories, or today for the rest of the world, one of the biggest games you’ll be playing is Demon’s Souls, a faithful remake of one of FromSoftware’s most notoriously difficult games. However, it was revealed yesterday that Bluepoint, the developers behind the remake, toyed with the idea of including an easy mode.

An Easy Mode In A Souls Game?

It was almost a reality. While speaking to The Washington Post, creative director Gavin Moore revealed that the team had discussed adding an easy mode, but decided against it: “This project remakes the work of another development team. While we’ve made some changes, our core driving mantra has always been to preserve the spirit and intent of the original creators. While we considered and discussed an easy mode, we ultimately decided it wasn’t our place — merely being custodians for this amazing game — to add something that would fundamentally alter its balance.”

The decision not to have an easy mode likely came much earlier on in development, as Moore gave an interview to Game Informer last month, stating that: “There are no difficulty options in Demon’s Souls and there shouldn’t be,” going to to describe the game’s overall challenge as “fair”.

What About Accessibility Options?

According to Moore’s interview with The Washington Post, accessibility was “a huge consideration” during developments. Gavin says: “We’ve included an option to switch the audio from stereo to mono, with an added choice to play the sound either on the left or right. For those who experience color vision deficiency, we added the ability to edit the UI palette. Some players are sensitive to certain types of screen movement, so we’ve included a toggle for motion blur and camera shake.”

On top of all these additions to the core experience, PS Plus subscribers can make use of the in-game guides that are provided, thanks to the new UI. Moore himself says that there’s around 180 guides available at the press of a few buttons that’ll provide tips on where to go, how to solve puzzles and the best tactics against bosses. The best part is these guides are completely optional, so if you’d rather stay true to the original vision of the game, you can do so. If you’d rather use some guides to help you make progress, that’s cool too.