Christmas With You REVIEW – Absolutely Vanilla

There's no Christmas spice in this movie. 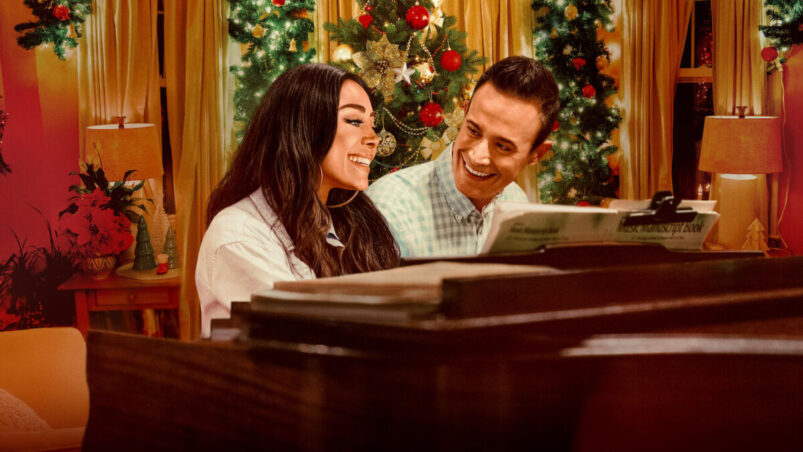 Listen, I loved Freddie Prinze Jr. in the 90s and in the early 2000s. He had a boy next door vibe, a certain earnest quality, and most of his movies entertained, even if they weren’t a hit with the critics. So believe me, it pains me to say this, but I expected more from his comeback role. Unlike Lindsay Lohan’s successful turn in Falling for Christmas, Christmas With You doesn’t really allow him to play to his strengths, and you’ll end up feeling more disappointed than excited at the end of it.

If you’ve seen Music and Lyrics, with Hugh Grant and Drew Barrymore, then you basically have the blueprints of how Christmas With You will pan out. Angelina’s (Aimee Garcia) a famous singer, but finds herself on the back burner with her agent, getting replaced by younger talent. She needs a Christmas song to prove that she’s still got it. However, she’s been in a bit of a creative rut since her mom passed away, and can’t seem to find inspiration for her new tune.

To escape her creative drought, she decides to visit one of her fans, and shows up unexpectedly at Cristina’s (Deja Monique Cruz) school. Eager for even more distraction, Angelina agrees to follow Cristina and her father Miguel (Prinze Jr.) back to their home for dinner, which turns into an overnight stay when they find themselves stuck because of the snow. Garcia is believable as a popstar, she’s got the looks and the moves, but it doesn’t feel quite as jaw-dropping after we saw J.Lo play the same role in Marry Me earlier this year. Miguel’s also a school teacher, another aspect that this movie seems to have borrowed from Marry Me.

While the romance in Marry Me worked, The romantic narrative in this movie falls flat. Garcia and Prinze Jr. have no romantic chemistry together, and work better as friends, which might have been a more interesting narrative choice if the movie was brave enough. The movie seems to think that mere gazing is enough to establish any kind of spark, which is definitely an incorrect presumption. Prinze Jr. also looks so uncomfortable at times when Garcia’s character is flirting with him, and he turns into this formal grandpa, who utters his lines with the utmost decorum.

The strongest aspect of the movie is the theme of women supporting women, though it isn’t handled with much nuance, so we don’t really feel the camaraderie despite the sentiment. Christmas With You does sell the holiday atmosphere – you’ll feel quite the jolly vibe from all the Christmas lights and decorations – and it also spotlights Latin-American culture through Cristina’s quinceañera and all of the meals enjoyed in Miguel’s home. In the end, though, it’s the father-daughter relationship between Miguel and Cristina that steals the show. They’re the heart of the movie, though I don’t think that was the intention.

The music’s alright, though I’ve already forgotten the song they made together – it’s certainly not on the level of a Mariah Carey Christmas song. Christmas With You plays it too safe, and will ultimately be forgotten. Sorry, Freddie. 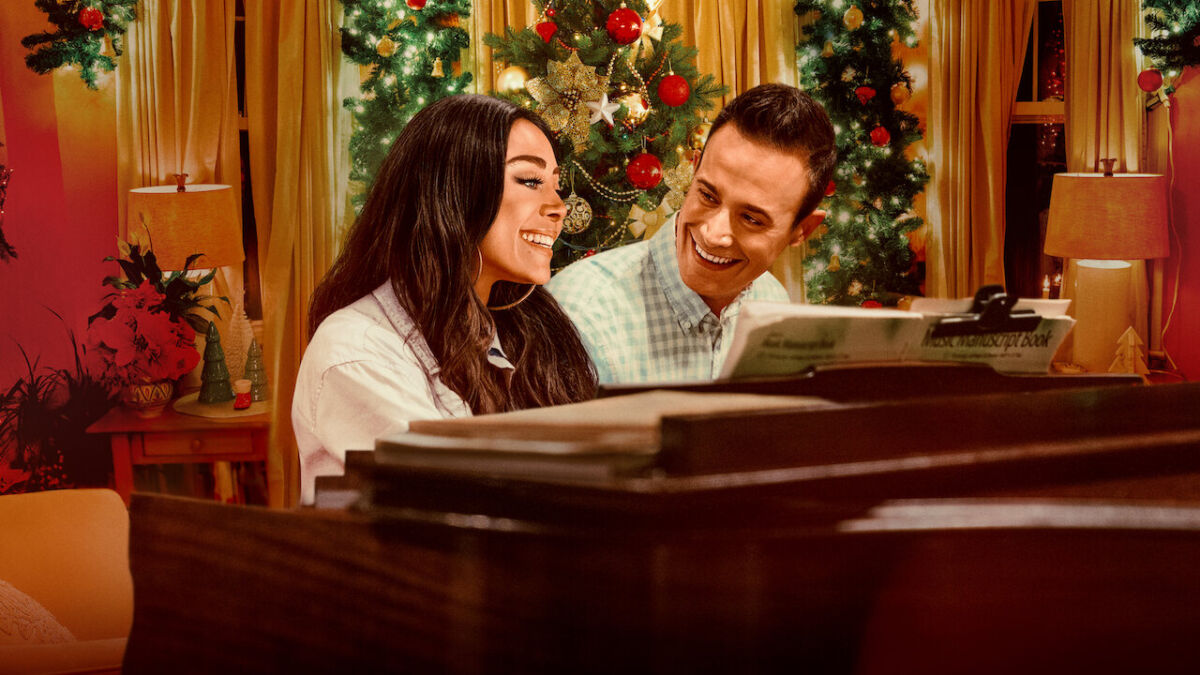 Verdict
Even though I'm absolutely excited to see Freddie Prinze Jr. on my screen again, I wish it was in a better movie.
4
Cultured Vultures is a pop culture website established in 2013 covering all things gaming, movies, and more. We eat your words.
All The News On The Biggest Games