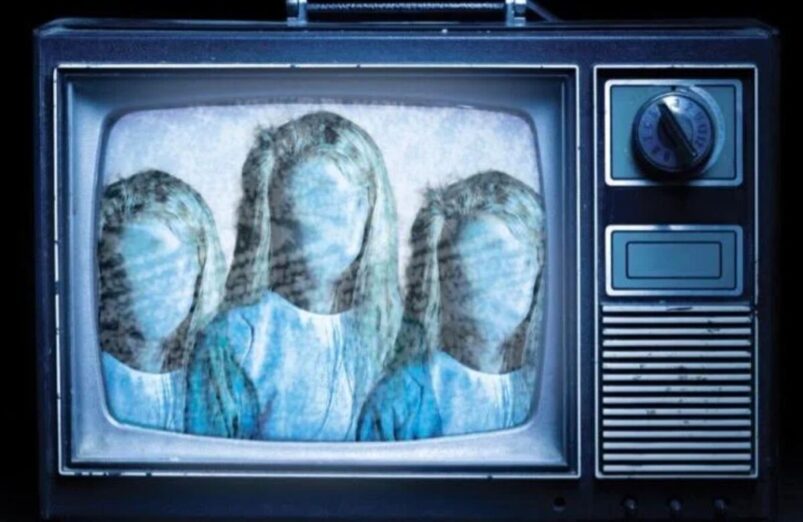 Children of the New Flesh book

In 2022, David Cronenberg released his newest film, Crimes of the Future. Not only was it his first film in eight years, but it was also a return to his interest in science fiction and body horror in the vein of The Fly and eXistenZ after a period of focusing on psychological thrillers like A History of Violence and Cosmopolis. It seems there’s no better time for Children of the New Flesh, a book which explores the early work of Cronenberg and his enduring legacy.

David Leo Rice’s introductory essay “Long Live the Heroic Pervert” proposes that Cronenberg’s films create an archetype that Rice calls the heroic pervert. Far from their “perversions” making characters like Seth Brundle in the The Fly and Max Renn in Videodrome into villains, it instead makes them figures of fascination and transcendence. Of course, their perversion isn’t solely, or sometimes even not at all, of the sexual type. Instead, it’s perversions of perception, identity, and even the laws of nature. These characters plunge into seeing beyond them, which doesn’t always end well, but is framed as being heroic exploration rather than foolish or evil. This essay, I believe, captures the appeal of Cronenberg’s films in the most succinct way.

The section looking at Cronenberg’s early works is structured with an essay by editors Chris Kelso and David Leo Rice summing up the plot and themes of the films, followed by “responses” by various authors. These “responses” take the form of essays, poetry, fiction, and texts that are difficult to define. The part for Transfer, for example, looks at Cronenberg’s very first short film, a clunky but fascinating Beckett-esque comedy about a psychiatrist being found by one of his patients in the middle of a snowy field. Horror author Joe Koch’s response is a surreal piece of theory-fiction called “Invaginies” about a prisoner in an asylum. “Brooding Over Transfer” by Stephen R. Bissett is a straightforward essay on the history and themes of Transfer.

One of my favorite pieces of fiction in the book is by Gary J. Shipley called “Tendrils.” This one is written in response to From the Drain, a dark comedy short film in which two veterans of some type of war find themselves together in a tub until a tendril comes out of the drain and strangles one of them to death. Shipley’s story is a surreal, nihilistic monologue from a character who seems to be a veteran of the same war as the two characters from the film.

Another stand out is “Communication (Film Treatment)” by Blake Butler. This one was written in response to Crimes of the Future, Cronenberg’s second full-length film, a dystopian story in which a plague spread through cosmetic products has killed all sexually mature women. Butler’s piece is a series of images including flags wrapping people’s faces and burning meat, taking the themes of Cronenberg’s already abstract film and making them even more abstract.

One of the most interesting pieces is Matthew M. Bartlett’s response to “The Lie Chair,” a Twilight Zone-esque teleplay Cronenberg directed for the Canadian TV show Peep Show. Bartlett adapts the teleplay directly into a prose story, up until closing stages. The end reveals that the story was a game in the later Cronenberg film eXistenZ, connecting the themes of it to Cronenberg’s later work.

The book also includes interviews from authors who worked with Cronenberg, such as Patrick McGrath, who wrote Spider, and Bruce Wagner, who wrote Maps to the Stars. Some of the other interviews are with Mick Garris, Filip Jan Rymsza, Tim Lucas, and Kathe Koja; filmmakers and authors who take heavy inspiration from Cronenberg’s oeuvre.

Children of the New Flesh is an excellent examination of the work of David Cronenberg, my own favorite director who I believe is one of the most fascinating directors still working. The essays are insightful and entertaining, while the fiction and poetry take the themes of Cronenberg’s work in unique directions. I believe that not just fans of Cronenberg will get a lot out of this, but fans of cinema and outré literature as well.