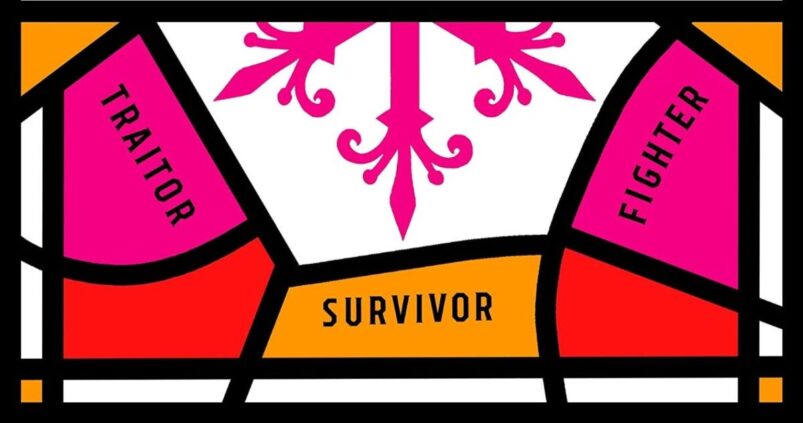 In one of his most famous plays about one of England’s most famous kings, William Shakespeare doesn’t give a lot of time to Cecily Neville, Duchess of York. Her part in the play Richard III is small and easily forgettable in a story that involves such great villainy and bloodshed elsewhere. But Cecily was Richard’s mother, and although Shakespeare depicts her as an old and bitter woman, she had to be young once. And she had to have ambition; in the medieval world of the 1400s, women in fact had more power to influence politics than their later counterparts, and Cecily was married to a man who spent much of his adult life in conflict with King Henry VI’s counsellors and who did – eventually – die in pursuit of removing the crown from Henry’s hands. There could be virtually no way that she wasn’t involved somehow.

Annie Garthwaite certainly thinks so, and in her debut novel Cecily she has brought Cecily Neville back to life with bright and bold strokes. Historical fiction of any kind is a popular genre, but I always think that there is something really special about novels that set out to examine a long-forgotten life, casting it into new light and really taking the time to consider the possible motives, thoughts and feelings of a person long dead. We all know the plot, how things turned out and their far-reaching consequences, so it allows the author and the reader to really focus on character, and the character driven version of the historical narrative.

Garthwaite really embraces this concept. We meet Cecily as a young woman, newly married to the Duke of York, and wondering what her new life will hold for her in the upper stratosphere of English society. As the years go by, she shows herself to be a capable and devious person, comfortable talking to queens and nursemaids alike. She is excellent at reading people and planning ahead. She is devoted to her husband and his cause, and therefore to their children too – although definitely to some more than others. The portrait of Cecily that Garthwaite paints for us is so perfectly balanced; she is not a good person. Not really. But the reality of her life, and the things she is trying to achieve, and the fierceness with which she loves the people she loves means that we like her anyway, despite her many flaws. It is very skilled writing; we know all too well how a strong woman character like Cecily can be twisted in the minds of the reader into something much worse than she really is. But Garthwaite doesn’t really give us a chance to do that.

I mentioned Shakespeare earlier and I have to return to him now briefly. There are times in Cecily when she is debating the next move with her husband, making suggestions and planting seeds of ideas in his mind, and I found the moments to very Shakespearean in nature. Almost Lady Macbeth worthy, except of course this is Cecily’s story and so we know her mind inside and out, and understand why she is doing the things that she is. Cecily and Lady M share more than just this penchant for politics; they’ve both lost children and heirs for their husbands, but where Lady M remains childless, Cecily has gone on to have healthy and beloved children and therefore feels as though she has done the duty she is bound to do. She is content in that, where Lady M never was. I might be making too much of the comparison, but it just struck me, and I couldn’t shake off the idea as I was reading.

There are moments in Cecily when a reader not well versed in the tangled history of late medieval England might be overwhelmed by the sheer number of characters and how their shifting loyalties to one another make and break the political dynasty that they are a part of. It doesn’t help that so many of them are named John and Anne. But the focus is always firmly on Cecily, and although there may be times when the history becomes too much, we can rely on Cecily – and Garthwaite’s firm hand on the tiller – to drive us once more into calmer waters.