Captive State REVIEW – The Opposite Of Captivating

Captive State offers some unique and thoughtful concepts but lacks any sense of character or story to back it all up. 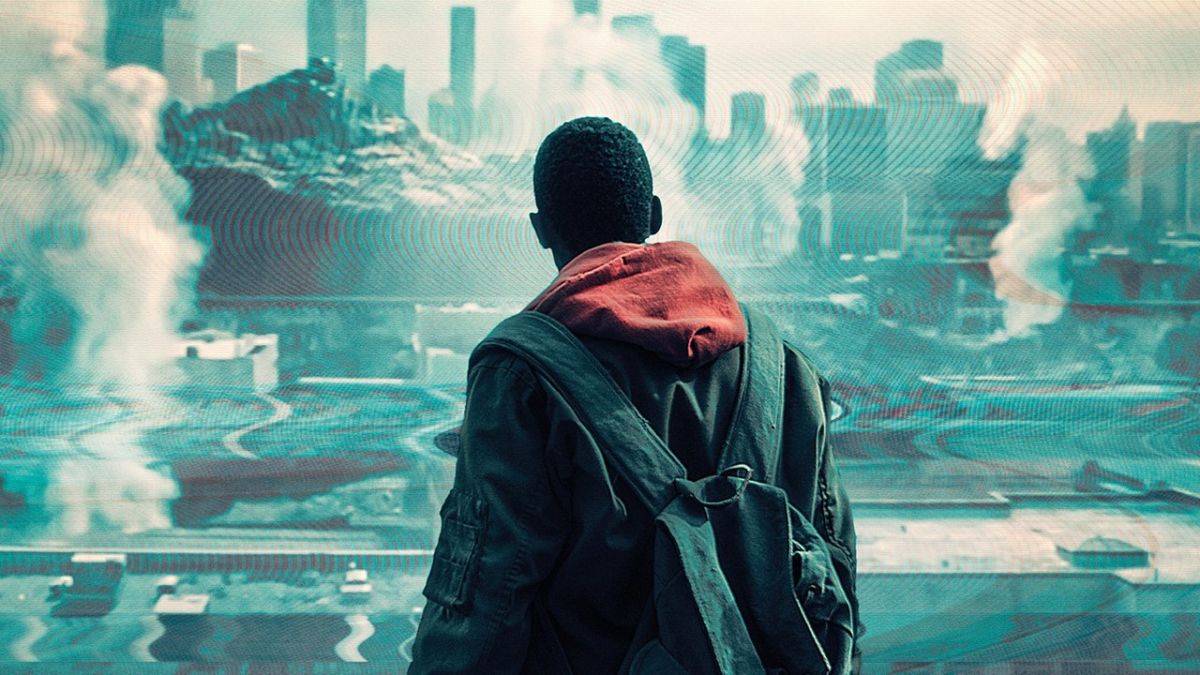 There are lots of different ways to go about telling a story of an alien invasion. You can go for the big, sweeping action epic, like Roland Emmerich’s Independence Day. You can make a personal character drama where the alien aspect is just the dressing on top, like M. Night Shyamalan’s Signs. Captive State is probably closest to District 9, Neill Blomkamp’s heavy metaphor for xenophobia and racial segregation. That film takes place in South Africa to further emphasize its symbolism of apartheid – Captive State is set in Chicago, and puts forth themes of racial/wealth inequality, militarized police, and mass surveillance in a not-too-distant American future.

After a powerful race of alien invaders arrive on Earth and occupy the planet, the governments of the world are all too eager to surrender and give in to their demands. The film picks up nearly a decade after the occupation, switching perspectives between a young man named Gabriel (Ashton Sanders), who becomes a part of a resistance against the invaders, and a government agent named William (John Goodman), who tracks down dissenters. Citizens have implants put into their necks which track their every movement and record their every word, and if that isn’t enough, there are hundreds of drones flying around surveilling people as well. The rich, however, are able to flourish more than ever before by helping fund the occupation and over-policing the people.

READ NEXT: The Best Sci-Fi Movies of All-Time

The gap between the rich and the poor has grown wider than ever before, the government is assisting the aliens in stripping the planet bare of all of its resources, and any form of resistance is wiped out. All of this extreme fascism is disguised under the banner of unity – government officials make grand speeches to stadiums full of people where they celebrate the achievement of no more wars and instill a sense of mass cooperation. It’s all pretty heavy-handed stuff and it makes for quite a unique set-up for an alien invasion film, where the aliens are rarely ever seen and the true menace are the people in power. Sadly, there’s almost no story whatsoever to back all of this up.

The film moves at a snail’s pace, showing a whole lot of nothing for almost the entire first hour. The characters are paper thin and scenes between them are left open-ended and mysterious, but have no payoff by the end. You’re left constantly guessing what the motivations of Goodman’s character are, but you stop caring long before it’s ever made clear (if it is at all). Gabriel runs back and forth through the plot without ever moving anything along, and is then literally stuck in a room and isn’t seen for a solid half hour chunk of the movie. It doesn’t even matter much once he’s out. Nothing is made clear as to what is ever going on or who these people are – the movie just comes across as a series of images and sounds that never feel connected or purposeful.

Captive State is a pretty big failure on all fronts. Without any kind of real characterization going on, you have no one to attach any sort of emotional connection to. Without any sense of plot or an indication of where the movie is supposed to go it becomes increasingly difficult to care about how it ends. In fact, the movie just sort of peters out, reaching a conclusion that wants to tie everything together and explain itself, but it just feels hollow and renders the whole experience even more pointless. There are some great themes and concepts there, but there’s zero substance.

Verdict
Captive State offers some unique and thoughtful concepts but lacks any sense of character or story to back it all up.
3
Cultured Vultures is a pop culture website established in 2013 covering all things gaming, movies, and more. We eat your words.
All The News On Your Favourite Games