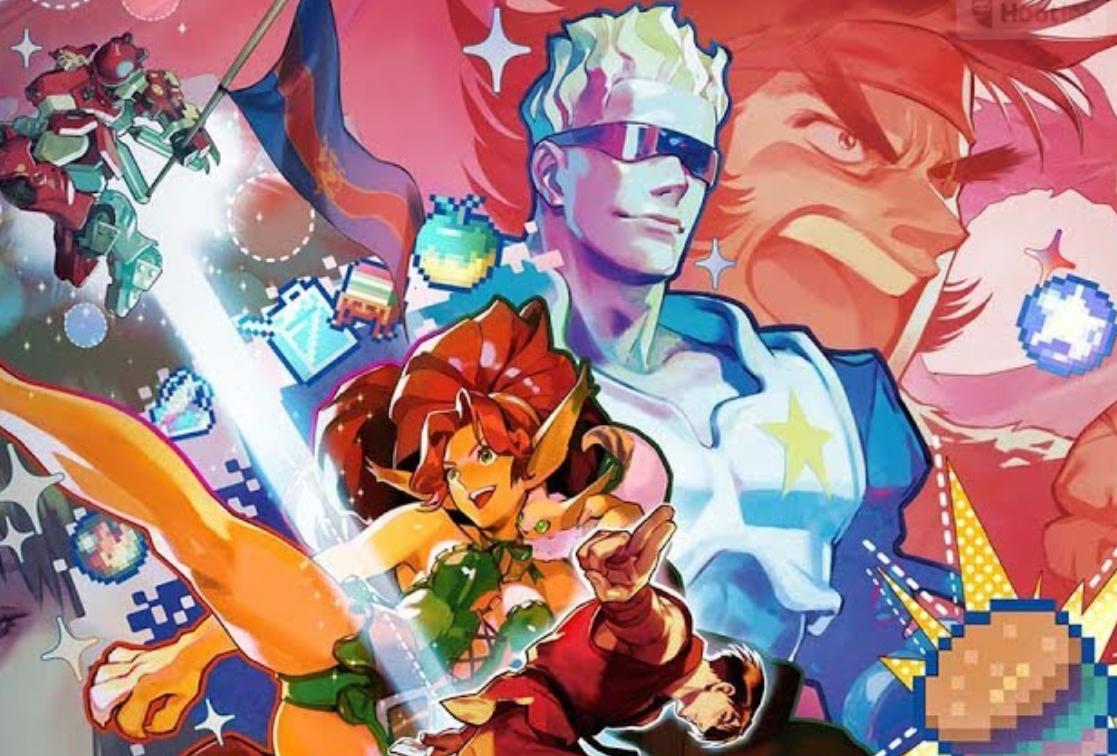 Back before video games had complex writing, interesting characters, and a driving plot to keep you playing, all we needed was a big ass arrow and the word GO. Not to undercut Konami, despite all of our current hatred for them, but Capcom pumped out some of the most gripping and unique beat ‘em ups ever made, which have been compiled in the Capcom Beat ‘Em Up Bundle

They took their own IPs like Final Fight and pushed them to greatness, then when they had the chance to get hands on popular licenses like The Punisher, Alien vs. Predator, and even Dungeons & Dragons and made them memorable quarter draining experiences too. They were an absolute arcade juggernaut in the 1990s and if you saw that iconic yellow-blue Capcom you knew you were about to go broke. It’s just a shame that this collection refuses to acknowledge any of that history. 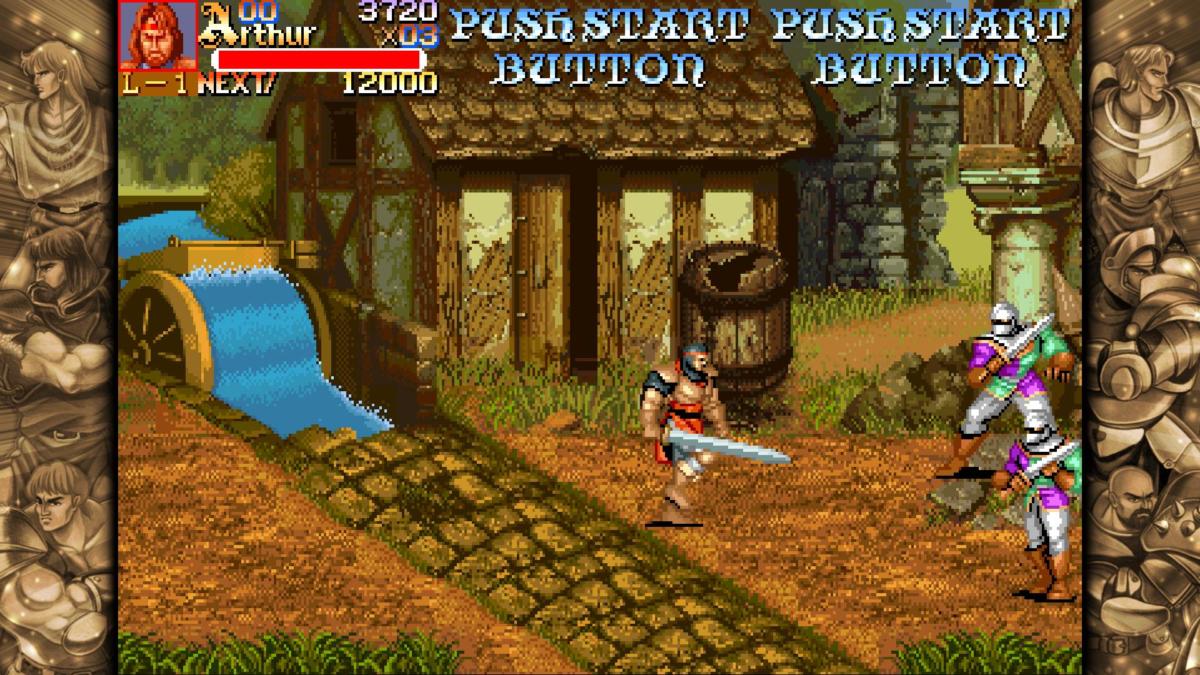 Of all the beat ‘em ups they would go on to create, Final Fight is Capcom’s bread and butter. Easily their most popular original beat ‘em up, the premise of a bear-sized mayor suplexing his way through Metro City’s gooniest goons to rescue his daughter got nearly everyone pumped. King of Dragons is an early predecessor to the RPG Beat ‘Em Up genre we see today in games like Dragon’s Crown. It makes you feel like you’re growing with your chosen character, and sharing the experience with two other friends was just magic, especially considering this is before the likes of Diablo, where leveling up classes together is normal. They improved this formula, and eventually perfected it with Dungeons & Dragons: Shadow Over Mystara, which sadly isn’t included here.

Captain Commando is a gamer’s game. You play as the titular early 90s Capcom mascot and his 4-player team consisting of a goddamn baby in a goddamn mech suit, among other notable characters, through a futuristic take on Metro City, beating down aliens, mutants, and just plain bad dudes. It’s easily one of the high points of the collection. Knights of the Round was the next RPG step for Capcom, this time managing to balance mindless button mashing and a slick progression system. You play as Arthur, Percival, and Lancelot fighting through a realistic medieval landscape to claim the throne of the soon-to-be king. It’s a fun romp that doesn’t take too long to finish but is worth every imaginary penny. 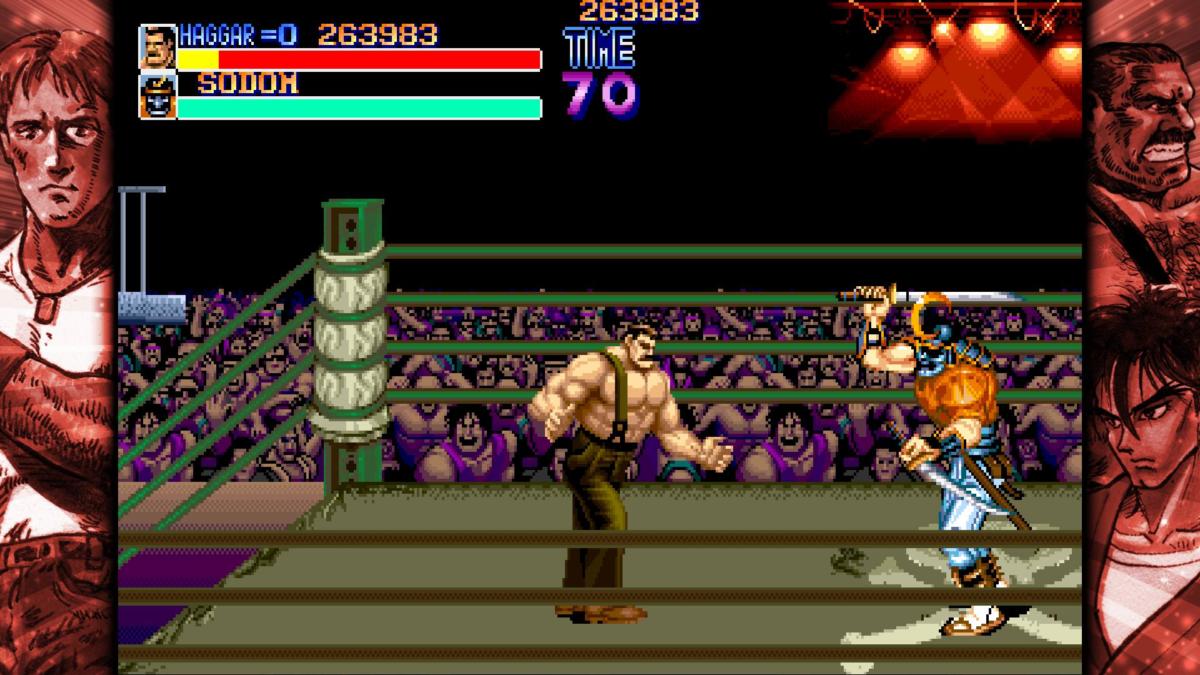 Warriors of Fate is visually and thematically the weakest in this collection. It’s a dime a dozen Romance of the Three Kingdoms adaptation, but everyone is Mongolian for some reason? The levels are bland and one note, it gets old fast and without an interesting twist like an RPG mechanic, skipping this one would be advised. The biggest selling point of this collection by far is the long-awaited home release of the two classic arcade titles, Armored Warriors and Battle Circuit.

Armored Warriors takes the RPG idea of King of Dragons/Knights of the Round and turns it on its head. Playing as mech suit soldiers, you are sent on missions between Earth and a planet named Raia to enforce a recently signed peace treaty. Of course, since you’re playing as military funded mech suit soldiers, it all goes to hell and things start to explode. 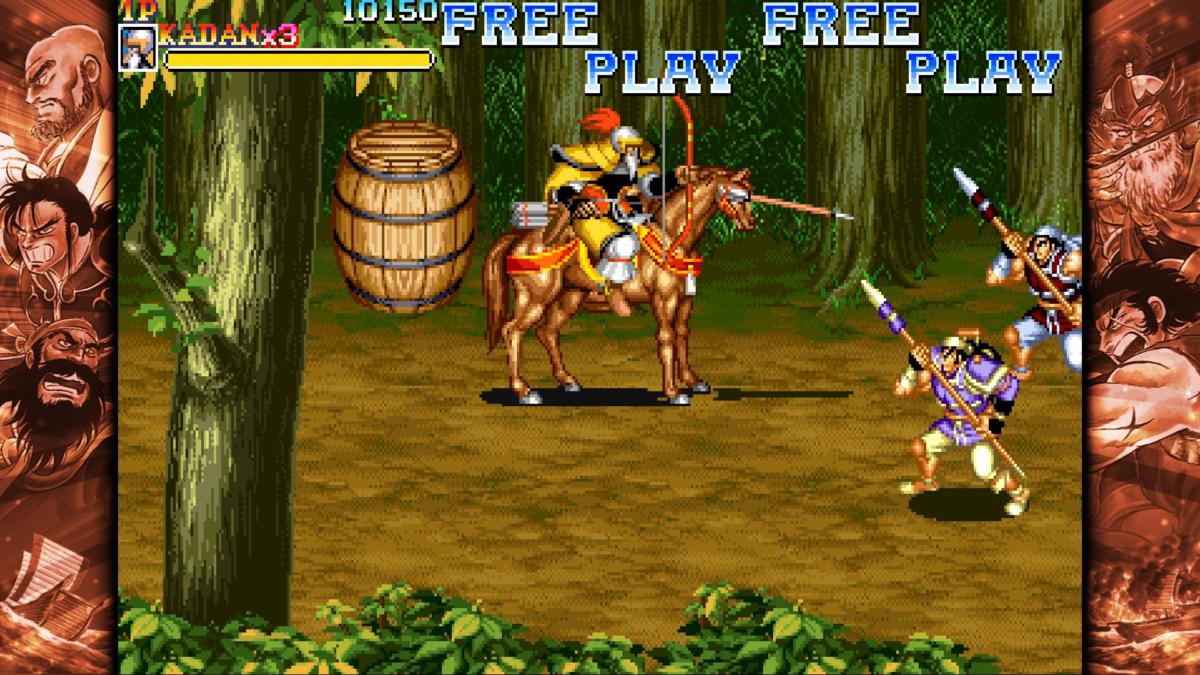 If that didn’t sell you already, this game allows you to augment yourself in real-time using the leftover parts of destroyed of enemy mechs. One minute you could be using a giant claw to slam enemies into the ground firing napalm into the air, and the next minute you could be using a beam sword to deflect enemy advances as you charge your super laser, rolling over human enemies on giant spiked tank treads (try saying that 5 times fast). No two playthroughs will ever be alike and the action is so fluid that there is no such thing as a bad setup. A standout title for this collection.

And finally, we end with Battle Circuit, another story heavy game with a unique art style and Saturday morning cartoon aesthetics. You play as one of 5 special agents hunting unique contracts in interesting, mostly bizarre locales, like a disco nightclub full of rogue dancers in need of an ass whoopin’, culminating in a boss fight with an Elvis impersonator. As this is happening, the random factor pulls it back to focus on an overarching plot. If you can get past the immediate weirdness of this game, it’s really fun with a currency-based level-up system. This one also never saw a U.S. release, so that’s another huge plus. These last two games definitely have the most “dialogue” of the others, but it does more good for them than bad, helping them to shine brightly as the best looking and most complex games in this collection. 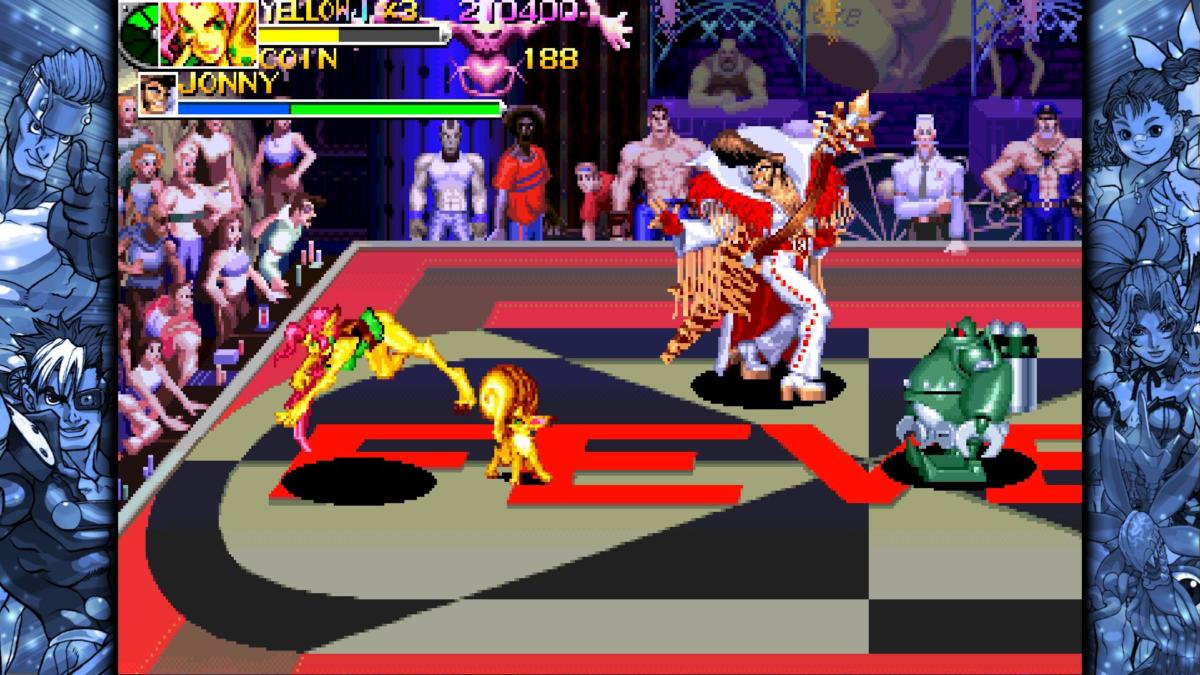 Everything else surrounding the Capcom Beat ‘Em Up Bundle, however, is severely lacking. The UI is boring and static, there are no view modes, screen filters/scalers, or even small blurbs describing the games. The closest thing we have to Capcom caring about their legacy is a gallery, which says “movies and artwork,” yet doesn’t contain a single movie. Instead, it has decades old concept art and game design docs that really have little context to their final product.

After playing the full-featured Mega Man X Legacy Collections and even going back to play Final Fight Double Impact from 2010, I expected a lot more love from Capcom. All but the two prominent games included in this collection have been ported elsewhere with more features and care put into their presentation. Don’t get me wrong, Capcom didn’t diminish these classic games. They’re arcade perfect and made for couch co-op without the wasted pocket change, but beyond that, nothing really tries to let the player know what an impact these games made in their prime. Instead of a thought-out museum of Capcom goodness, they delivered seven solid ports of their unique brand of arcade beat ‘em up action and not much else.

Verdict
Capcom really phoned it in this time. The emulators used are extremely accurate and the games play as good as ever, but with missing bonus features, it’s hard to call this one of their best anthologies. Armored Warriors and Battle Circuit finally getting a home release makes for a strong selling point, but it’s just hard to imagine coming back to play the rest of the games when they could be better enjoyed elsewhere. Microtransactions: none
7.5