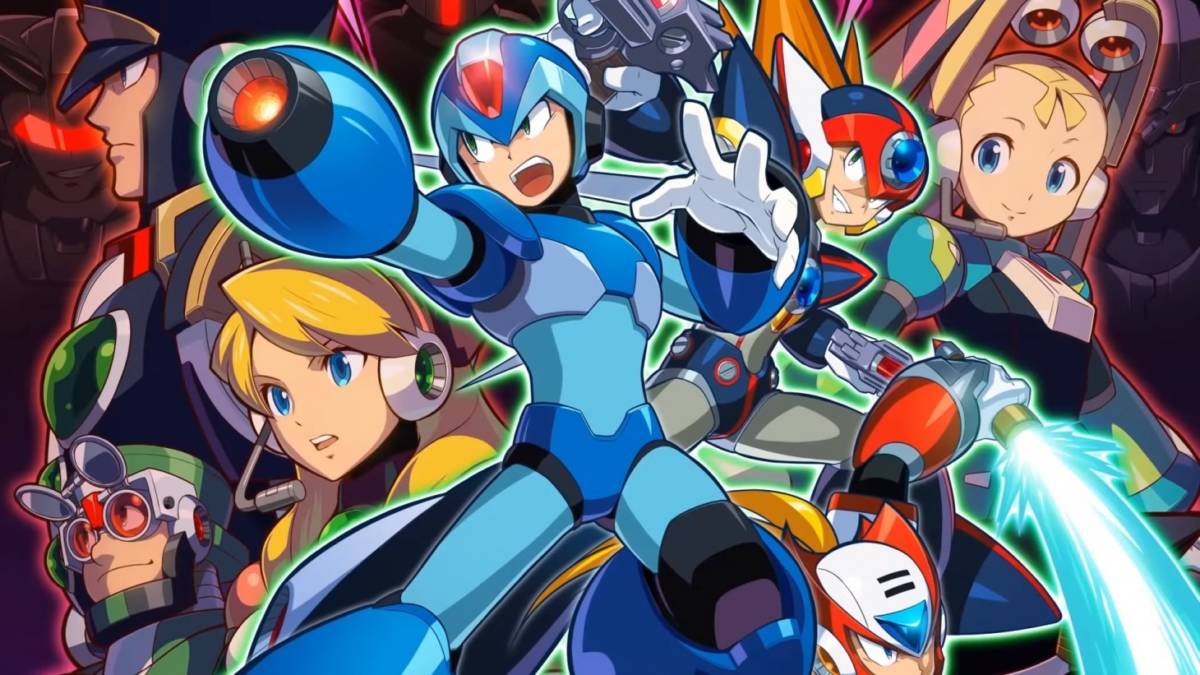 Back before Activision made the habit of beating dead horses cool, Capcom was the king of franchise milking. Over the course of the last 3 decades, there have been over 50 games tied to the Blue Bomber. How can a company keep fans interested in the same concept for so many years? They get creative.

With 2015’s release of the classic Legacy Collection, nobody was surprised when Capcom announced the X Legacy Collection. Focusing more on the story and lore, the X series was their way to innovate on Mega Man and experiment with fresh ideas. Given a chance to play them all back to back, every successful addition and failed design decision is put on display front and center.

From the highest highs of X and X4 to the lowest lows of X6 and X7, of all the things you could fault Capcom for, you can’t fault their courage to try something new. This series means a lot to a great number of us and I’m happy to report that Capcom didn’t let us down.

Purists will be happy to learn that, in a practice used in the original Legacy Collection for the sake of authenticity, every game included runs exactly as it did on it’s original console, warts and all. While it’s less prominent in the newer games, the SNES originals have slowdown in all the same spots you remember, for better or worse. They also have your typical screen filters/sizes for you to toy with at your discretion. The CRT filter is actually pretty clean and was my preferred look for my entire playthrough.

Even though the games run faithfully, there have been some quality of life improvements made as well. The disc-based games load faster or have no load times at all, the PS2 games have a higher resolution so the polys are super clean and the Password-Based SNES games have a new Save/Load System added. 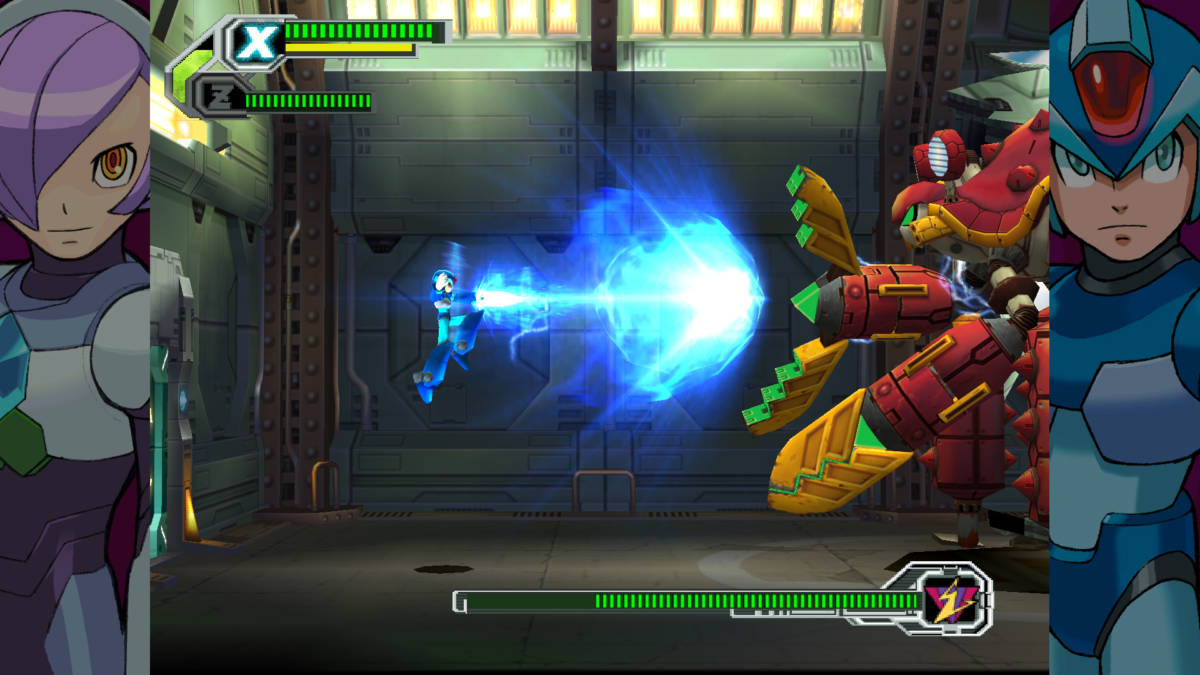 On top of all these additions, a new Rookie Hunter Mode has been added. This is the ideal way to introduce young players or newcomers to the Mega Man series. The mode’s effects vary from game to game but activating it typically reduces your damage taken by 25%, makes it so that spikes and pits don’t kill you instantly, and gives you more invincibility time after taking a hit, leading to less frustration when you inevitably submit to the high difficulty the series is known for.

Though veteran players might find overuse of the mode overkill, it can also be activated mid-game for those problematic platforming perils you completely forgot about. Doppler’s Fortress in X3 anyone? Be warned however, that you cannot get the achievements/trophies for beating the games if you use Rookie Hunter Mode at any point in your playthrough. I should also mention that there is no rewind system, or even a save state function to save time replaying entire stages. It sucks, but I feel Rookie Hunter Mode helps alleviate the loss if you can handle the loss of some Gamerscore.

The music and sound effects throughout the series have had varying levels of quality and putting them all together like this just shows the stark contrast between them. X’s music and sound is still iconic and unforgettable, while X3’s music is repetitive and dull. The instrument choices made my gut rise and fall as if they were testing the location of the brown note. Regardless of your tastes, every piece of music from the series is here as a bonus feature for your listening pleasure/displeasure. X8’s soundtrack in particular is filled with hidden gems. 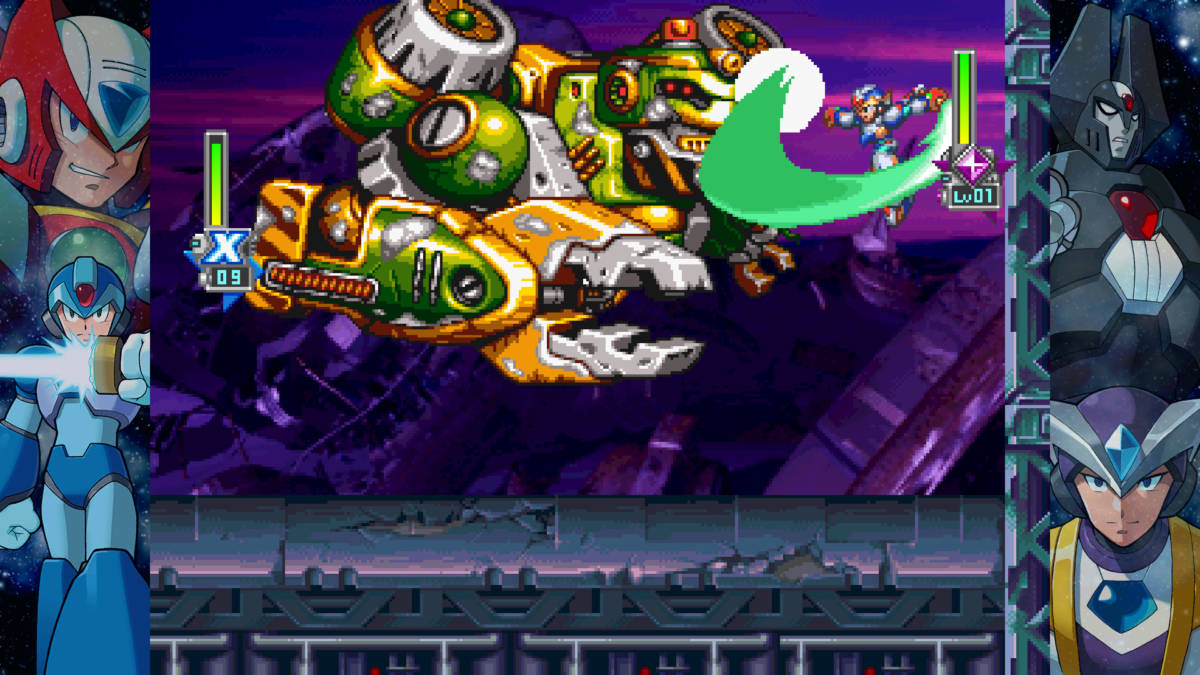 Many will forget that Mega Man X was lauded for its socio-political story based around human and Reploid relations, where one robot (X) led to the creation of an entire race, and the foundation of a police force (Maverick Hunters) who hunt down the robots who inevitably go rogue (Mavericks). Seeing the story unfold over all 8 games is something to behold, even with the peaks and valleys in writing quality.

You’ll see mainstays like Vile return to the series with new motivations and abilities, newcomers like Axl show up and immediately make you want them to leave, and the constant return of Sigma, the original Maverick and general bad dude. A really nice addition too is the “Day of Σ” anime short from the PSP Remake of Mega Man X, which really gets you invested and interested in the world of the series.

Taken individually it’s easy to forget the overarching plot of each game, but the mounting tensions between humans and Reploids becomes palpable. I’m not saying you should play these games for the story, I’m just saying that in case you forgot or fell off, Mega Man X crafts a better plot than “evil man makes evil robot, kill evil.” 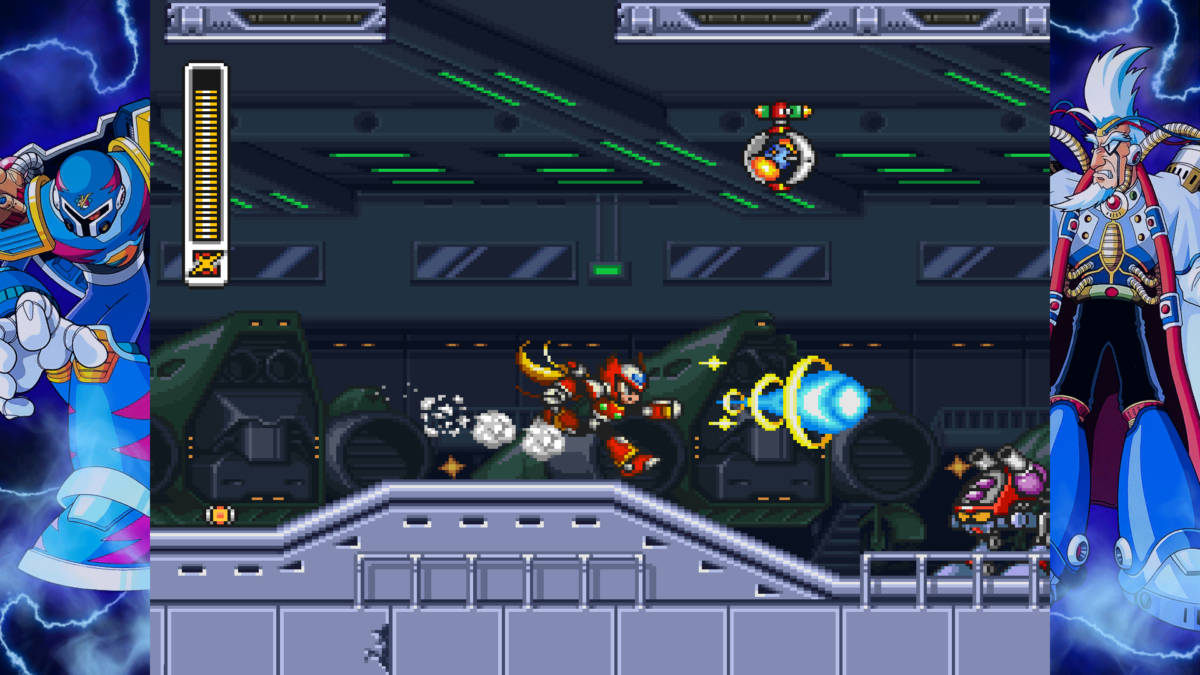 The Special Features included in the X Legacy Collection are insane. You get an art gallery for every game, featuring high quality inked character art, posters, concept art, and Character/Plot cards, describing more of that aforementioned story. These pictures are literally just begging to be screenshotted and turned into your new wallpaper, even for the later 3D games which boast a surprisingly healthy amount of 2D art. As I said above, we also have every piece of music from each game, including new tracks made for the Legacy Collection (one even hinting at the possibility of a future game once unlocked), and the “Day of Σ” anime, but Capcom didn’t stop there.

There’s a product gallery of official merchandising released for the X series. From figures to trading cards to apparel and Capsule Toys; a full history of shit to blow money on. There are also multiple trailers for each game. Most are Japanese, since the games weren’t advertised as strongly in the West, but they still provide an interesting look at how these classic games were meant to connect to the average consumer. It’s a neat addition but nothing you’ll watch more than once. The credits are also hiding a special feature if you’re willing to play through them, but you’ll have to see that for yourself.

Now to the biggest selling point of the X Legacy Collection by far: the X Challenge. Where the original Legacy Collection included challenge stages to test your platforming ability, the X Challenge dares you to face off against every single Maverick in the series (it’s actually just most of them but you won’t miss any of the excluded ones). A small story cutscene and a backdrop of killer remixed music and sound effects sets the stage for one of the most intimidating game modes you’ll ever see in a Mega Man game: Double Boss Battle Action. 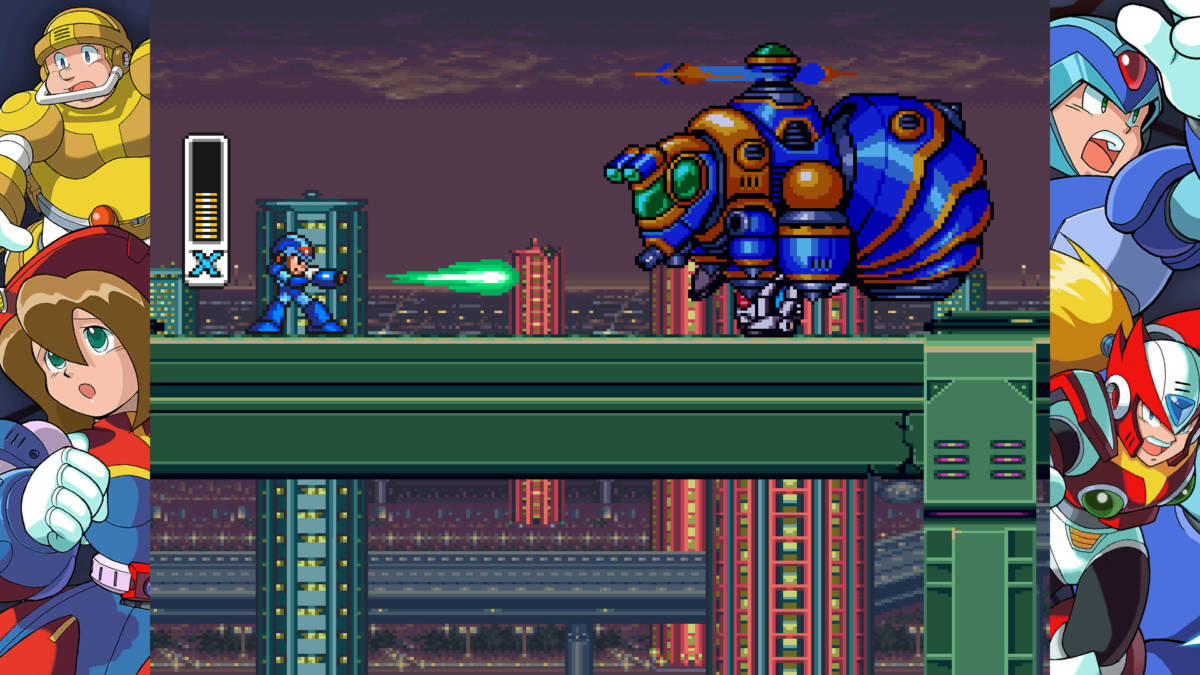 Three teams of two Mavericks from different games team up to take you down one after the other. You’re allowed to start with 3 weapons from a selection of games for each round and once you’re placed in the fray you’re on your own. No Rookie Hunter Mode, No E Tanks, and No Zero. Over 20 2 vs. 1 matches between you and ultimate victory.

Aside from the dual characters and NG+ of later games, this is where all the replay value in the collection comes from. Surviving will be one thing, but with the addition of a leaderboard, I see this becoming just as addictive among fans as the challenge stages in Legacy Collection.

For newcomers, here’s a quick rundown of each game in the series:

X Legacy Collection 1 will have way more value to the average consumer than X Legacy Collection 2 just based on the nostalgia and word of mouth, but if you’re getting it physically anyway, I wouldn’t sleep on X Legacy Collection 2, specifically X5 or X8. They’re both extremely competent and add fresh new ideas that don’t get in the way of the fun gameplay the series had come to be known for. X and X4 are still the crown jewels, even with the laughter inducing voice acting in the latter, as they feature the best level design, gamefeel and bosses of any other game in the series.

The lack of a rewind/save state feature is regrettable, considering they were included in the Disney Afternoon Collection, but it’s far from a deal breaker. Splitting the collection into 2 parts could also prove problematic, as X5-8 don’t have as many fans as the originals, for fair reasons, and with the missing PS1 version of X3 and Maverick Hunter X, this collection falls just short of being the ultimate way to play every version of every game in the series but hitting 6 out of 8 is far from bad. If you’re looking for an excuse to play or replay the classic Capcom series in all its renown glory, this is a pretty good one.