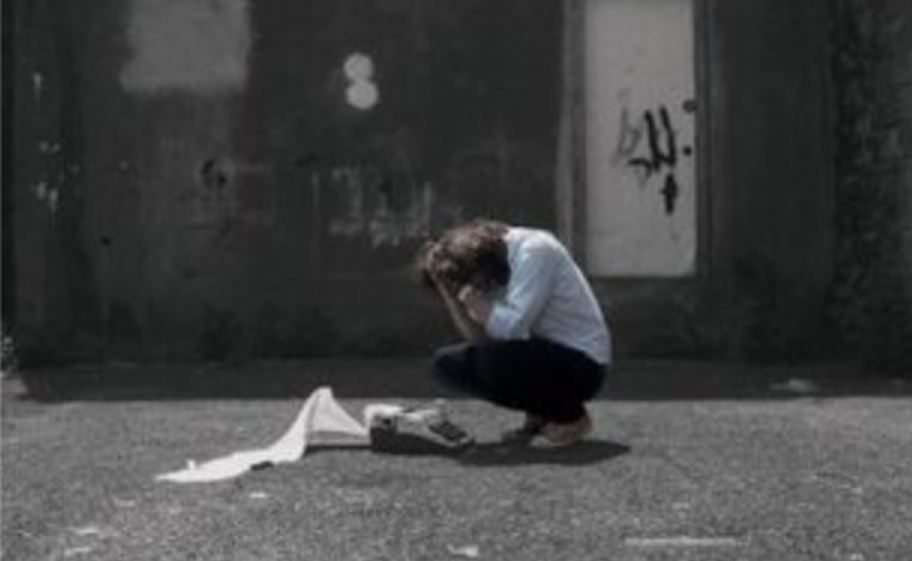 Zeller’s Alley is Diehl’s debut poetry collection. The book is divided into three sections, each titled by a quote from one of the poems. The first of the sections is entitled “Quit making the talentless rich with your terrible taste.” It’s a nice line, and the poems here are full of them. However, I found this to be the weakest section. Many of the poems have good lines but don’t work well as a whole.

It even includes the cartoon cliché of dumping food to the dog just to get away. The poem fails at being funny or at having any sort of insight.

“Ugly as a blobfish, boring as a desk job–
I can’t hold my liquor (or my fingers from their rants).”

Most of the poems here, I just found forgettable. There are poems about work, home life, and love poems, but few of them stuck with me. Even looking through them for this review, I can find good lines in the poems, but not much else to talk about in them.

The second part, “Stimulus, where are you? Doctor where are you?” I enjoyed much more. The first poem, “I Feel–” recounts a break up with a past girlfriend. It’s told in a simple and straightforward manner, but effectively conveys the feelings the narrator goes through.

“I rack my brain
for an appropriate
response
and find nothing.”

Many of the poems deal with this break up. One would think this would get repetitive, but Diehl manages to find variations on the theme in ways that keep the poems compelling on their own. For example, in “Moosey Took One for the Team,” the narrator takes a stuffed moose that his ex-girlfriend gave him and cuts off the head. He surrounds it with pill bottles and puts a picture of it on his social media.

It’s a funny image, but one that rings very true as well. Often when one feels low, one is only able to express it by acting out. Sometimes in ways that don’t make sense. As he notes in the poem, this is often a basis for creativity.

“My fellow artists
our natural born traits
are the ink in our pens.
We need to exercise
the best parts of our mine.”

The final section “If you find happiness, cut off its legs,” the poems are a bit more observational and surreal than the previous sections. Despite this shift, the poems are still excellent and paint some interesting images.

In “Orange Contact Lenses,” the narrator lives in a home where all the rooms are orange, except the living room. This bothers him so much that he orders orange contact lenses so that everything he sees in orange.

“I watch a little orange worm
disappear into my cat’s orange anus–
yet, my appetite remains.”

It’s a stark contrast from the confession and realism of the previous poems, but it works well. Diehl uses this surreal fable to examine how are our perception affects the way we interact with the world.

Another favorite of mine from this section is “Chemtrails.” It’s a short and simple poem about admiring a sunset that reminds me of Richard Brautigan’s poetry.

Verdict
Zeller's Alley starts out weakly, but manages to pick up and make for a solid collection. The poetry ranges from humorous observations, to sad meditations, to surreal parades of images. Despite the fact that I didn't like the first third of the book, it's still clear that B. Diehl has a lot of talent and is a new poet to watch.
7.5
Cultured Vultures is a pop culture website established in 2013 covering all things gaming, movies, and more. We eat your words.
All The News On The Biggest Games