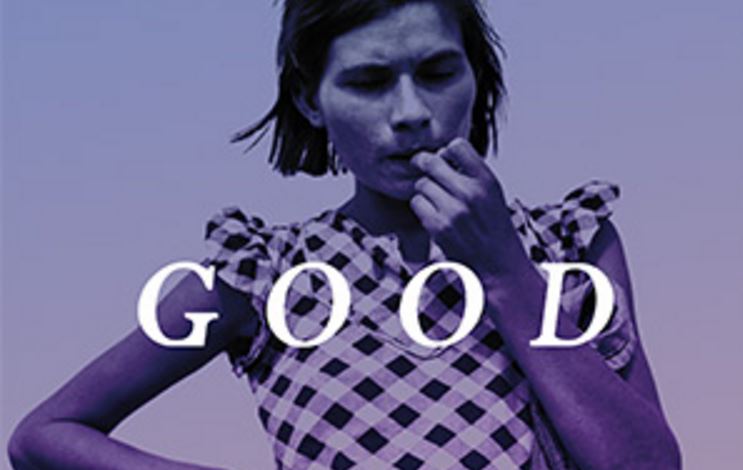 In her second novel, The Good Divide, Kali VanBaale tells the story of Jean Krenshaw, who, at first glance, appears to be living the simple Midwestern life with a successful family-run dairy farm, three healthy sons, and a close-knit community that gathers at the farm for the annual 4th of July parties. However, as the story unravels so does the tidy picture of Jean’s life and, chapter by chapter, the buried secrets surrounding her past are slowly revealed.

The novel opens with the discussion of the farm, which has been in the Krenshaw family for over a century, and how it came to have two identical houses facing each other with only a small drive between them when the inheritors of the land married twin sisters who could not bear to be apart. While a booming farm on a hundred and ten acres sounds like a blessing for anyone who desires to have a farm, there’s a catch: it’s cursed.

That is not to say that this story is one whose complete focus is on the supernatural or magical – far from it, actually. What is at the heart of this story are the struggles that Jean has gone through and the secrets that she keeps both from her childhood with self-harm and from happenings with the people she meets in the fictive town of Chickering. It all begins after her mother dies, leaving Jean and her abusive father to move from farm to farm and each time ending with him in debt and unable to pay the bills. With a life of displacement and a difficulty making friends, Jean is ecstatic when the Krenshaw brothers, Tommy and Jim, as well as Sandy Weaver befriend her shortly after moving to Chickering. While it is obvious that Jean initially develops feelings for the younger brother, Tommy, this attraction is given an ominous omen by one of the now elderly twin Krenshaw sisters who tells Jean, “It’s a difficult life to live so close to what you cannot have” when she, Eunice, realizes where Jean’s affections lie. Although Jean does not understand the older woman’s words right away, they begin to make sense when Jean marries Jim so she does not have to move again with her father and ends up living across the drive from Tommy. The tensions rise to an all-time high when Tommy becomes engaged with a newcomer, Liz, and Jean is forced to confront her feelings as well as the events surrounding her friend Sandy’s death.

The revelation of Jean’s secrets is carefully crafted around a nonlinear progression of the chapters, each of which are given an exact date of occurrence and go back forth between the time that Jean moved to Chickering and the time after she is married to Jim Krenshaw. There are two exceptions to this, the first and last chapter, which instead are titled “Mistresses” in the place of a specific date. While often novels that use a nonlinear timeline feel disrupted, VanBaale is able to keep the story under control with the way she connects the chapters by content, giving a logical flow to the nonlinearity. For me, the nonlinear timeline is what brought the book to life while reading it because of the way that it allowed for the reader to slowly piece together Jean’s secrets and the effects that past events had on the ones later in the timeline.

While some of the more minor characters lack the depth I would have liked to see – such as Jim – VanBaale’s creation of Jean makes up for this lack. Jean comes across at first as a typical housewife in the 1960s in the scene of the first chapter in which she is hosting the annual 4th of July party and making sure that everything goes along smoothly. However, she becomes more complicated when Tommy proposes to Liz, releasing her jealousy in an act of self-harm, and these complications only further as the story progresses. The reader cannot help but sympathize with Jean’s deep desire to feel accepted by people as well as her unrequited feelings for Tommy. At the same time, as her secrets get revealed, it is difficult to continue fostering this sympathy for Jean because of some of the choices she makes which directly affect the lives of others. This problematic relationship between the reader and Jean serves the story well in the way it creates a narrative that is not one-dimensional and straight-forward.

For a novel that is just shy of 200 pages, The Good Divide deals with a remarkable amount of issues that could have served a much longer book. Although certain parts of the story felt a little short – Jim and Jean’s relationship as previously mentioned – Kali VanBaale still creates an intriguing story that handles difficult topics as well as a narrative of struggle and conflict in a skillfully crafted nonlinear timeline. If Southern Gothic is a genre that interests you, I suggest taking a leap up to the Midwest and seeing what this Krenshaw curse is all about.