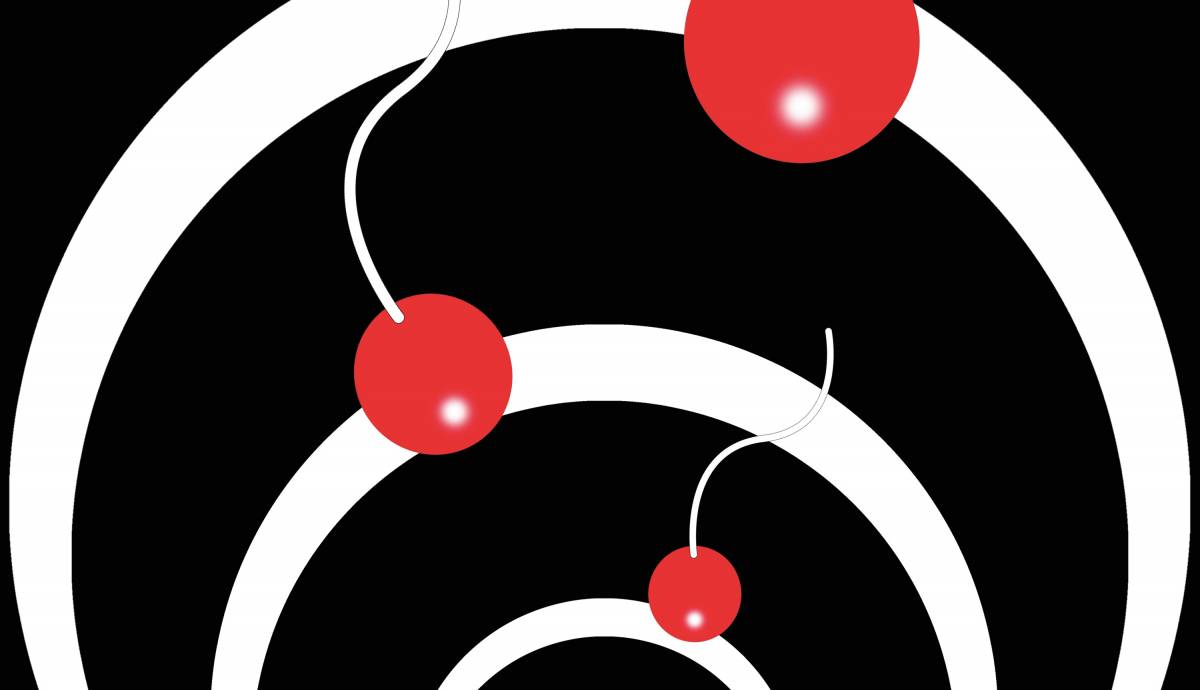 After reading the first short story installment from Mike Russell, Strange Medicine, and loving its obscurity, I was greatly looking forward to getting another dose of their madness in the form of Strungballs. And as someone who wanted something a bit light-hearted to stick my nose into, I was not disappointed. In the literature Olympics, it would be the Dressage: not everyone really gets it, but it’s fun, a bit weird and kind of hilarious.

The story tails ten-year-old Sydney, who has just begun to follow in the footsteps of his parents (and everyone else he encounters in the home he calls the Sphere of Flesh, which pretty much describes itself) by donating a cube of his skin to the Sphere, which is said to protect everyone inside it from the unknown dangers that could be lurking on the other side of its surface. As a reward, Sydney is given a Strungball and gets the privilege of wearing it in the space from which his flesh was taken. Strungballs, just in case you were wondering, are small red balls – 3cm diameter, to be exact – with strings attached to them that you can flaunt through small holes in your clothes.

This part of the book seems almost dystopian; the threat of danger keeping everyone in control has no concrete basis, there isn’t any obvious escape or choice to leave the strange world in which Sydney lives, and most of the characters seem to be under some sort of trance and appear obsessed with always doing ‘what is good’. The problem is that the only thing that seems to be truly good is helping to maintain the Sphere, which involves having yet more flesh ripped out of you by little robot-nurses that clearly couldn’t care less about the state it leaves the people in, most likely because they’re not capable of any human emotion at all.

Sydney, being the inquisitive and independent child that he is, ends up falling out of a window and being the first person to ever see the Sphere from the dreaded other side. And, spoiler alert, he finds almost nothing. No terrifying aliens with severe phobias of human flesh, no toothless machines armed with pistols. It would seem that Sydney had been brought up being told that something that was a lie was the truth. Crazy idea, I know. Indoctrination is pretty much unheard of these days.

I’ll stop describing the plot there – wouldn’t want to ruin the entire book by saying what happens – but a couple of pretty weird occurrences occur after that, including a complete reform in the way Sydney’s world works. A happy ending, you could say.

I picked up Strungballs expecting, and hoping for, a wonderfully strange novella that wouldn’t be too difficult, and luckily my predictions and hopes were fulfilled. It’s a brilliant way to pass the time on an hour-long train journey, or to fill the gap in an afternoon where you’d normally stare at the wall and try to be productive. I can’t say anything other than I just really enjoyed it; it may not be the best book for people who obsess over classical literature but it’s a good bit of fun for those of us living in the 21st century.

Verdict
Give it a go, and if it’s not your thing, be grateful that it was only fifty-five pages long. If it is your thing, you’re welcome.
8.5
Cultured Vultures is a pop culture website established in 2013 covering all things gaming, movies, and more. We eat your words.
All The News On The Biggest Games